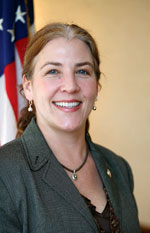 Margaret Kaiser was first elected in 2006. She graduated from Emory University and has worked in constituent affairs with the Secretary of State and also The Carter Center. She’s currently president of her family’s business, Kaiser Dough and Pizza Concepts, which owns Grant Central and Grant Central East Pizza.

I have worked across party lines to discuss broadening language in the parent protection act, specifically. I have, always, cast votes in this regard, but unfortunately in a Republican dominated legislature, there are too few opportunities to make real effective change.

LGBT voters should vote, again, for me because I am an effective Democrat in a very partisan, racially and geographically divisive environment. I am a trained mediator who is able to work across party lines to push forward issues that are important to voters and my district’s residents.

I am, and have always been, accessible and pro active and always open to hearing others’ opinions on issues and being open and truthful about my own position. 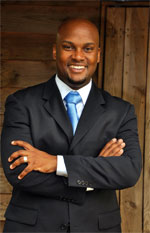 Resounding support for the repeal of DADT as a veteran: Being a Marine veteran it was humbling to stand with my sisters and brothers in uniform to help advocate the end of such oppression.

I help promote and advise a new LGBT organization for men and women of color who have worn the uniform named Secret Operations People of Color. This organization has a five-fold mission: mentorship, community service, outreach, advocacy and information.

I’ve also helped counsel numerous LGBT youth on issues that are relevant to our community.

I think when people look at our campaign you see someone who has put their money where their mouth is. I think there is no greater sacrifice than to serve our great country, then to have the unique opportunity to represent District 59 is awesome.