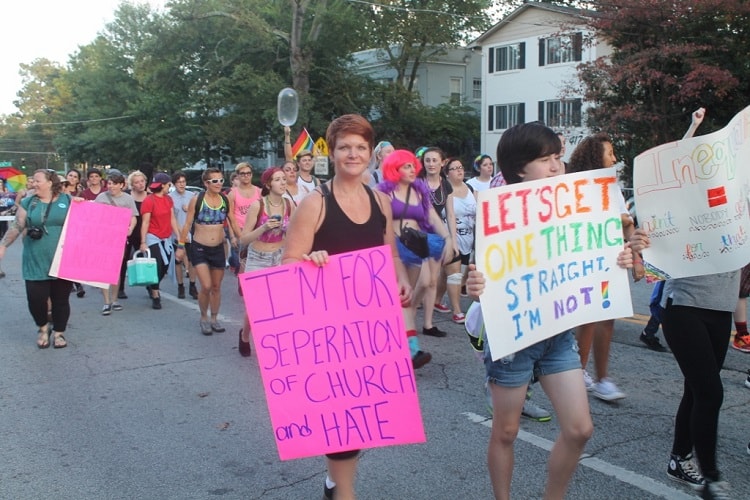 HRC: Atlanta nabs another perfect LGBT equality score, Decatur and others lag behind

The city of Atlanta notched a perfect score for LGBT equality for the second year in a row as the Human Rights Campaign notes in their third annual Municipal Equality Index, released today.

There were some surprising results as uber-gay Decatur’s score jumped nearly 20 points over last year’s score, but still stands at a mediocre 46. Augusta-Richmond took a step backward from last year’s 12 score and stands at a 10. And the North Druid Hills area held firm in the LGBT equality gutter with them, going down from a 15 last year to an 11 in 2014. Avondale Estates, Athens and Columbus held steady with similar scores from last year, with a 58, 46 and 21 respectively.

The average score for the eight Georgia cities was 39 out of 100 points, a far cry from the national average of 59.

“Georgia Equality is once again pleased to work with HRC and the Equality Federation to support the Municipal Equality Index,” said Jeff Graham, executive director of Georgia Equality in a press release. “While Atlanta has achieved a milestone with a perfect score, there are many smaller municipalities who are working to put policies in place to protect and respect their LGBT residence. The MEI is a great resource for these municipalities to know how they measure up with their peers and it provides local advocates with a tool for working with local elected officials to create the change we need in the communities we call home.”

The 359 U.S. cities that HRC ranked included 50 state capitals, the 200 most populous cities in the country, the four largest cities in each state, the city home to each state’s largest public university and what they call “an equal mix of 75 of the nation’s largest, mid-size and small municipalities with the highest proportion of same-sex couples.”