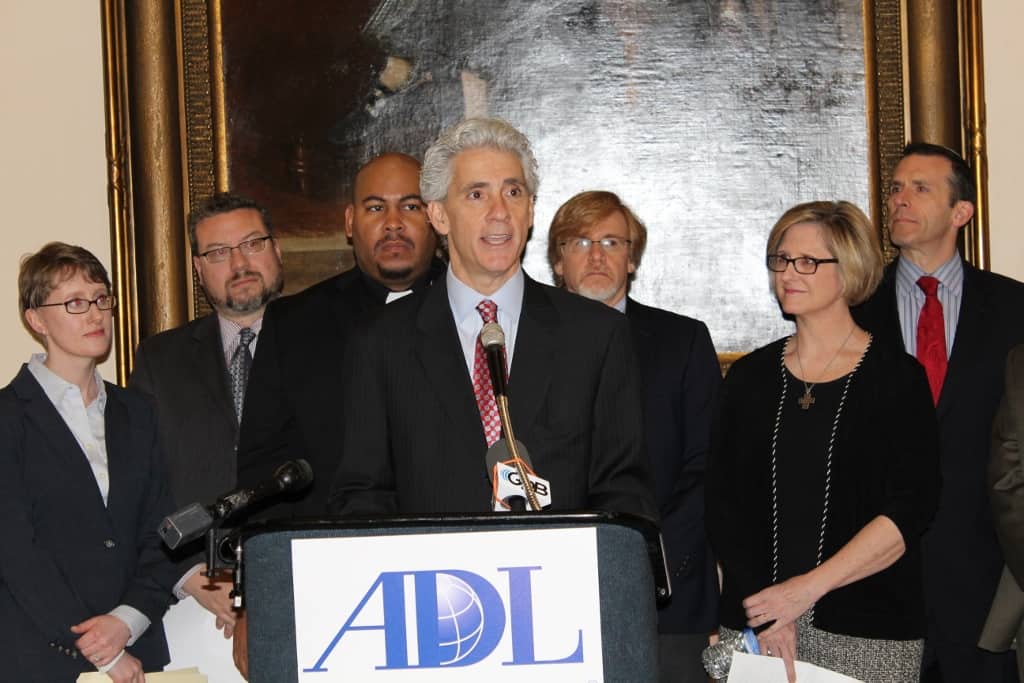 This time around it was a group of Jewish leaders, who gathered for a press conference in the Georgia State Capitol rotunda Tuesday morning, introduced by Mark Moskowitz, the southern regional director of the Anti-Defamation League. Jewish leaders have had a strong presence throughout the SB 129 fight, including Rabbi Joshua Heller's appearance at a March 17 rally in Liberty Plaza next door to the Capitol.

Rabbi Loren Lapidus of the Temple, noting that the Jewish holiday of Passover will be celebrated in two weeks, said, “It is ironic then that during this time of celebrating freedom and liberation, we have to stand here in opposition to this so-called 'religious freedom and restoration bill,' Senate Bill 129, which perverts the notion of religious freedom into a shield for discrimination and division.”

She continued, “Religious freedom is a fundamental right we have here in America. As Jews, as a religious minority, we are grateful every day for the right to religious freedom embedded in our Constitution and protected in it as well. Yet the interpretation of religious freedom in these bills opens up the use for religion not to protect but to harm.” Among those harms Lapidus cited were those concerning LGBT discrimination, domestic violence and child labor laws.

The Jewish leaders were joined by Rev. Julie Pennington Russell of First Baptist Church of Decatur, who mentioned how freedom of religion is already protected in the First Amendment of the U.S. Constitution.

“But religious freedom doesn't give any of us the right to harm another individual, which is exactly what this bill opens the door to do,” she said. “Despite their names, these bills do nothing to advance religious freedom, which already enjoy a strong protection in the state of Georgia.”

The press conference was in advance of a special House subcommittee hearing on SB 129 Tuesday afternoon. Late Monday night, the Georgia Voice reported on McKoon's ties to an anti-LGBT minister and while he did not respond to our request for comment, McKoon claimed to the AJC that his ties to the minister ended last year in a disagreement over local politics.