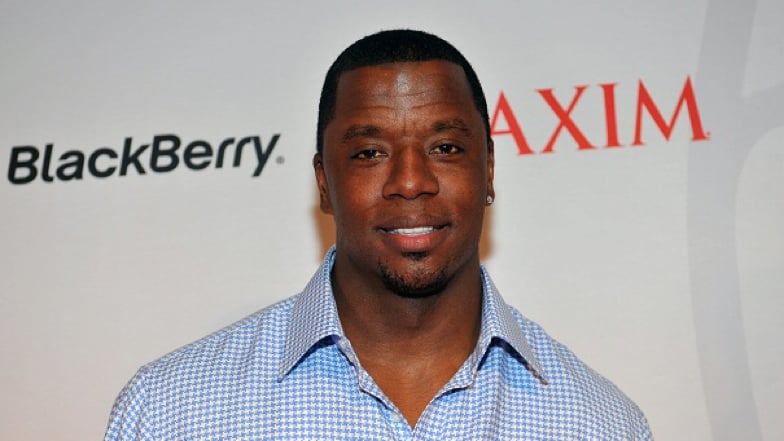 Andrew “I’m Delivert” Caldwell has extended his fifteen minutes of fame all the way to Dekalb County Superior Court.

Kordell Stewart, former NFL athlete and ex-husband to Porsha Stewart of “The Real Housewives of Atlanta” is suing Caldwell after he made claims that the two were involved in a romantic relationship during an Oct 1. interview on the radio show “The ShakeUp.”

Court documents include excerpts from the interview Caldwell gave on the show, “The ShakeUP,” on Oct. 1:

“I dated plenty of football players. I dated some in Atlanta. I dated, you know, Kordell. Yes. Kordell Stewart.”

The interview concluded amid a specter of potential litigation: “They come on with the lawsuit, I’m ready too, ‘cause I have like four lawyers.”

The suit, filed in DeKalb County Superior Court, also names “The Gospel Truth” creator and producer Jarrius Keyun Moon and Catalyst Next LLC, which controls the Internet morning show “The ShakeUP,” where Caldwell made statements claiming he and Stewart had a relationship.

“At all times during his life, Mr. Stewart has been, and is, a heterosexual male,” the suit states. It claims that Caldwell, a cast member of the upcoming show “The Gospel Truth,” colluded with Moon to concoct a compelling fable “to generate interest for ‘The Gospel Truth.’”

Caldwell first gained internet notoriety when video of his testimony denouncing his homosexuality during the annual Church of God In Christ (COGIC) Holy Convocation in St. Louis went viral online late last year. In the video Caldwell declares “I’m not gay no more! I am delivert! I like women, women, women! I will not date a man, I will not carry a purse!”

Gay rumors have followed Stewart since his days in the NFL and were a frequent topic of discussion among “The Real Housewives of Atlanta” cast members and ex-wife Porsha Stewart following the couple’s divorce.

Stewart adamantly denies he is gay and repeatedly stated that “there’s too many beautiful women in this world to be involved with another man” in several interviews.

Caldwell has since issued an apology following his interview on “The ShakeUP” and admits to fabricating the statements regarding his relationship with Stewart.

The “ShakeUP” interview lives on online, the suit states.

“Although they are well aware that Mr. Caldwell has admitted that he lied on ‘The ShakeUP,’ Defendant Catalyst Next continues to proudly share and broadcast the Interview on their website online…although they know that the statements concerning Mr. Stewart are false. As a result of the Defendants’ continuous intentional and malicious conduct, Mr. Stewart has been subject to public embarrassment and ridicule as the statements have operated to impair his career, damage his reputation and cause acute anguish to him and his family.”