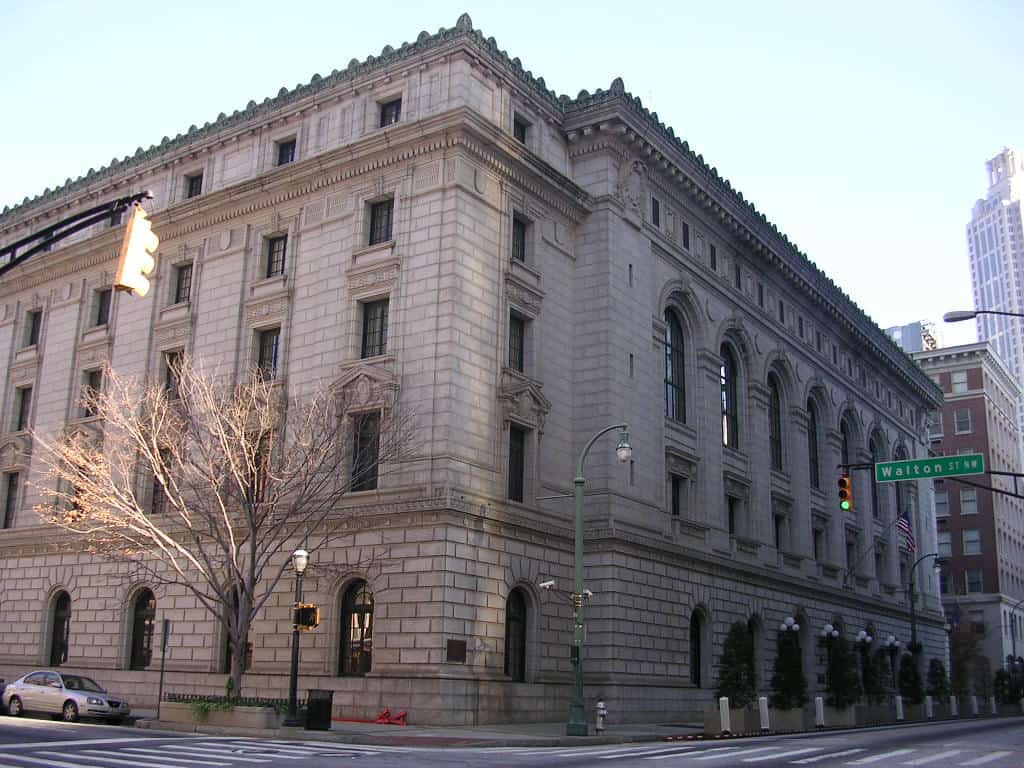 Almost every week, a new one appears.

At first it made sense. Colorado. Oregon. Wisconsin. But then, wait—Mississippi? Florida? Alabama? Marriage equality lawsuits have been filed now in all but five states in the nation—the final five that remain out of the game are North Dakota, South Dakota, Montana, Alaska and, yes, Georgia.

In 2004, Georgia voters approved a constitutional amendment defining marriage as only between a man and woman. But since that time a sea-change has taken place in the nation with polls showing more than 50 percent of the country supporting same-sex marriage.

“I’m just as befuddled as everyone else,” says constitutional scholar Anthony Kreis who has done political work for Georgia Equality and HRC-Atlanta. “I don’t think there’s any strong reason why Georgia shouldn’t have a challenge to the marriage amendment.”

Nashville attorney Abby Rubenfeld knows about the challenges of fighting a same-sex marriage suit in the south, but that didn’t stop her from filing. She is the lead attorney on Tanco v. Haslam, the district court case in Tennessee that led the judge to rule last month that three gay couples’ marriages performed out of state are legal. The case is currently under appeal.

“I did not wait for anyone to tell me what they thought about the Sixth Circuit or Tennessee or anything else,” Rubenfeld tells GA Voice. “I thought that the Windsor ruling means all such discriminatory laws and constitutional amendments are unconstitutional, and why should the south be any different?”

“I think that change will come here when we all push it, so I push it in Tennessee,” she continues. “I think our movement is going to win these cases wherever we bring them and the time is now.”

But that doesn’t mean there isn’t an enormous amount of movement happening behind the scenes by people and organizations across the country to find a judicial solution to make same-sex marriage a reality in Georgia. And one national organization is closer to filing than you think.

‘GEORGIA WON’T BE LEFT BEHIND’
When filing a same-sex marriage lawsuit, it’s possible to do so with a private attorney, but typically the suit is arranged or at least backed up by a major national organization like Lambda Legal, the ACLU, the Southern Poverty Law Center or Freedom To Marry. All four and more have been at work identifying the right situation in which to file in Georgia, but one of them hints about how close they are to filing.

“We have been working to identify the best course of action to bring marriage equality to Georgia,” Lambda Legal Senior Attorney Beth Littrell tells GA Voice. “We will be announcing the result of that work very soon. I can assure you Georgia won’t be left behind when it comes to marriage equality.”

The primary challenge most often cited by Lambda Legal and others who are looking to file suit is a 2004 decision in the U.S. Court of Appeals for the Eleventh Circuit based in Atlanta that banned gay adoption in Florida—Lofton v. Secretary of the Department of Children and Family Services.

That ruling was based on now widely discredited evidence that straight couples make better parents than gay ones. The Eleventh Circuit includes Georgia, Florida and Alabama. A Florida district court of appeals later overturned the adoption ban, but the Lofton case and all testimony and findings regarding how fit gay people are to be parents remains on the books in the higher court.

However, doubts remain about the danger posed by the Lofton case.

“I think it’s highly implausible that the circuit court will give that 2004 decision a lot of weight,” Kreis says. “The legal landscape has dramatically shifted in favor of same-sex couples’ rights.”

Kreis points out that the Lofton decision came just six months after Lawrence v. Texas, which made same-sex sexual activity legal across the country, and just a few months before Massachusetts legalized same-sex marriage.

“I think [Lofton] was made at a time when the court may not have understood where the trajectory of the law was going. That’s further factored by the Windsor decision last June,” Kreis says. “I understand the caution that some folks have because the Eleventh Circuit is very conservative, but that hasn’t stopped other people from filing suit.”

ACLU of Georgia Executive Director Debbie Seagraves says, “There is no denying that the situation that folks are in right now is unjust. Unfortunately, the law and justice are not always the same thing. What we want to do is get justice through the courts, but we have to do it right.”

ISSUE MORE COMPLEX THAN FINDING SOMEONE WILLING TO SUE
Lambda Legal says they are hearing from gay couples throughout Georgia willing to file suit, but that it’s not that simple.

“Having outraged couples willing to be plaintiffs has never been the problem,” Littrell says. “There are lots of folks willing to put themselves out there to help move the ball along and win marriage equality in all states. But the calculus is just a little more complex than, ‘Can you find someone that’s willing to sue?’”

While mostly it’s the merits of the case and past case law that factor into whether to file or not, the experts say there are many other factors at play.

“Certainly compelling narratives are helpful in convincing a court. Longevity in terms of relationship and commitment are helpful. Edie Windsor’s story reflects that,” Littrell says. “But at the same time she had a very identifiable harm which allowed her to sue. You need an identifiable harm and a state official who is causing that harm.”

Technically, anyone could walk into district court right now with their lawyer and file a same-sex marriage lawsuit. But it’s not recommended. The amount of time, money and resources needed to undertake a successful case are large enough, but there’s also an enormous loss of privacy.

“That’s the difficult thing about constitutional litigation is folks just want to live their lives and be left alone,” says Kreis. “But in order to conserve those rights, you have to give up that privacy.”

“Some couples think they want to be the plaintiffs in a federal lawsuit and have second thoughts,” Lambda Legal’s Littrell says.

The ACLU of Georgia’s Seagraves points out that in addition to those factors, you have to look at the wording and the scope of the particular marriage ban in place in each particular state.

“If you don’t do that, you run a danger of making bad law and making the next case that someone else brings harder,” Seagraves tells GA Voice.

Lambda Legal’s Littrell concurs, saying, “It could stop the momentum, and we want to keep building on that. That’s a fear—a case brought haphazardly or just based on principle and not thought through.”

That kind of case, by all accounts, could set the fight back by years. But while many disagree on the timing of such a lawsuit, everyone agrees on one thing.

“There will be people that challenge the Georgia law,” Kreis says. “I think that, especially in the legal and academic community, a clear understanding of the Windsor decision is that all these state marriage bans have to fall. It’s just a matter of time.”