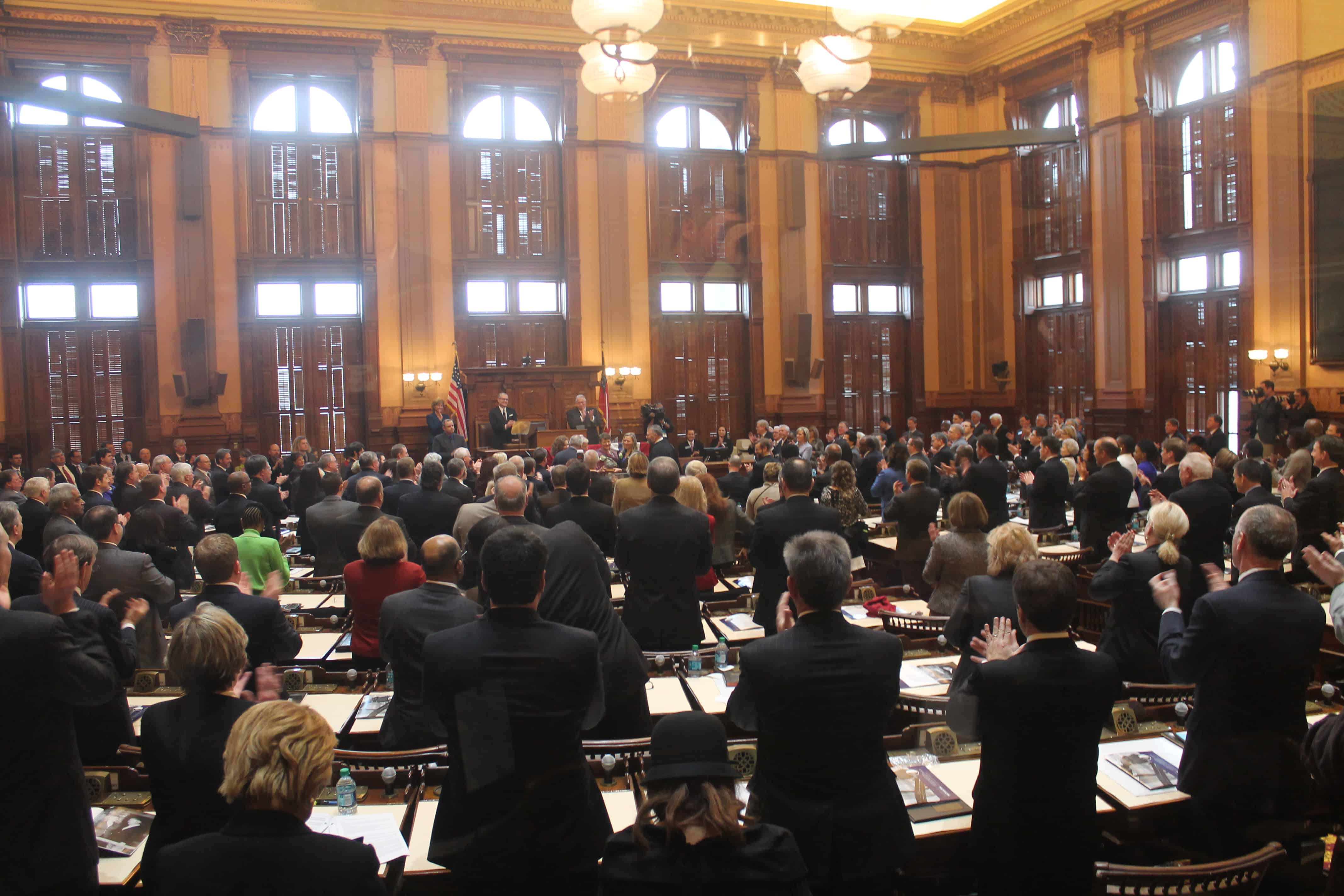 “Here is our message, in simple terms,” the letters states. “The timing and broad content of the Bill will invite and legitimate discrimination. The Bill, if enacted, will send a powerful message that religiously-based refusals to provide equal treatment to particular classes of employees, customers, and persons seeking public service are legally superior to any legal prohibitions on invidious discrimination. “

Rep. Teasley, Sen. McKoon and other supporters swear that such bills are not the result of the expansion of marriage equality across the country, but the scholars aren’t buying it.

The timing and content of HB 29 reinforces the perception that it is designed to strengthen the ability of businesses to avoid the restrictions of state and local civil rights laws. Why are religious freedom bills coming up in various state legislatures in 2014 and 2015? It is impossible to deny the connection between the looming constitutional decision on marriage equality in Georgia and indeed, in the entire United States, and the rise of religious freedom legislation in Arizona, Georgia, Idaho, Indiana, Kansas, Michigan, Mississippi, Missouri, and Oklahoma.

The letter’s authors are critical of the bill’s broad language, fearing that its passage could lead to more than just bakeries refusing to make cakes for same-sex weddings.

Their solutions? Exclude businesses from being able to discriminate based on religious beliefs and include explicit language in the bill protecting people against discrimination based on a variety of factors, including sexual orientation and gender identity.

HB 29 can be revised to eliminate the risk that it will support invidious discrimination. The ways to eliminate these terrible possibilities from the operation of HB 29 are straightforward. First, the Bill should explicitly exclude for profit business entities from the class of “persons” whose religious exercise is protected. Second, the Bill should explicitly say that it does not apply to any law – federal, state, or local – designed to protect the people of Georgia against discrimination, in any sphere of social or economic life, based on race, religion, national origin, sex, disability, age, marital or familial status, gender identity, or sexual orientation.

“This bill will cover natural persons only, so businesses won’t be able to assert a RFRA claim,” Sen. McKoon told the GA Voice in a recent interview. “Even if they were able to assert a RFRA claim, the Supreme Court has found that the government’s interest in preventing discrimination qualifies as a compelling state interest and so would overcome a RFRA objection in any case.”

Rep. Teasley claims his bill is narrowly tailored to apply specifically to government’s interactions with individuals, and that an unnamed representative from the LGBT community asked him to specify as such. Teasley said he also added language to specifically define “person” as a “natural person.”

“Nowhere in the bill does it give aid and comfort to any who would attempt to discriminate,” he claims.

Regardless, major Georgia-based corporations like Coca-Cola and Home Depot as well as business groups like the Metro Atlanta Chamber of Commerce and Georgia Chamber of Commerce continue to voice their opposition to such bills. And even faith leaders have jumped onto the opposition side, with a group of over 60 ministers, rabbis, imams, theologians and others recently sending a letter voicing concern over the bills. Several Baptist clergy members from that group are scheduled to hold a press conference on Jan. 28 at the Georgia State Capitol to speak out against the bills.

The bill has also been the target of a new ad campaign by progressive political organization Better Georgia. The group ran full-page ads in the hometown newspapers of Rep. Teasley and Sen. McKoon which claimed the bills would give cover to child abusers.

See the full text of the legal scholars’ letter below.