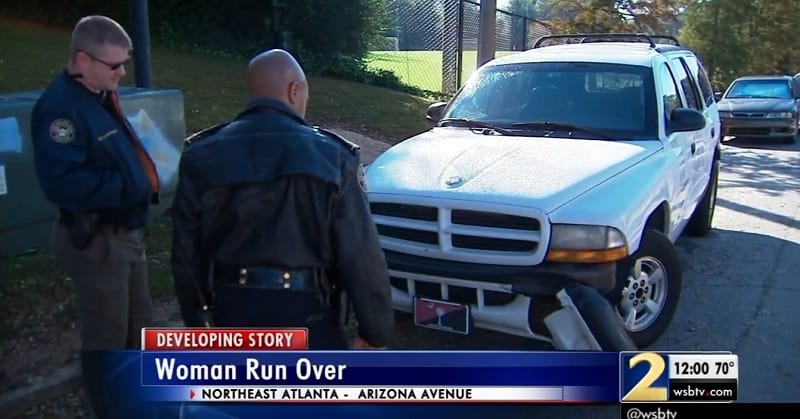 Atlanta lesbian restaurateur Tracy Mitchell has turned herself in for a fatal hit-and-run that happened early Wednesday morning in Edgewood.

Atlanta Police say security cameras showed Mitchell in an argument with the victim, Emily Cameron, inside a car on Arizona Avenue around 1:30 a.m. The victim was getting out of the car when the driver accelerated in reverse, knocking her to the ground, running her over and then fleeing the scene.

“Whether or not it was intentional or anything like that is the gist of the investigation,” Atlanta police Major Timothy Peek told Channel 2 Action News.

Mitchell turned herself in later that day and was booked into Dekalb County Jail. She is being charged with first degree homicide by vehicle, two counts of hit-and-run and reckless driving.

Mitchell 45, is the owner of Bad Dog Taqueria in Emory Village, which has hosted various LGBT events over the years since opening in 2011, including a monthly lesbian party called Aunt Judy’s Social Circle. Cameron was a photographer and attended the Savannah College of Art and Design in 2002.

Lesbian party promoter and set designer Anna Ragghianti, who is close friends with Mitchell, says, “Obviously this is a tragedy for everybody. I think she just must not have been in her right mind at the moment. It’s a tragedy all the way around for Emily’s family and Tracy’s.”

Another friend of Mitchell’s, Urban Pie owner Lisa Curtis, said, “It’s a horrible thing that happened, it’s a freak accident. This is unlike Tracy.”

UPDATE: Reaction from The Pinewood restaurant in Decatur, where Cameron was an employee:

@rjmedwed @theGAVoice We're all in tears. She was one of our favorite employees and one hell of a friend. We will miss her.