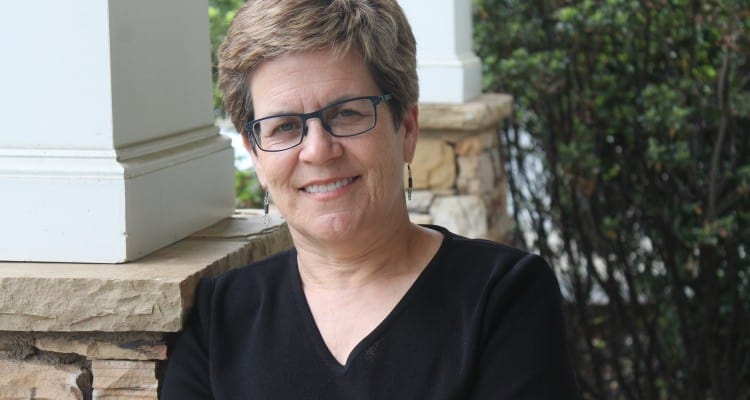 Lesbian former Atlanta City Council president Cathy Woolard’s name has been in the mix of names to succeed Mayor Kasim Reed for quite awhile, and now it’s official.

“I have decided to run and I’m really looking forward to it. I’m excited to have a citywide conversation about the future of Atlanta. I guess we’re off to the races at this point,” she tells the GA Voice.

The AJC’s Jim Galloway broke the story this morning about Woolard’s intentions. Her name was mentioned for the position in a Peach Pundit article last October, and Woolard told the GA Voice at the time that it was too early to begin speculating about the election, which will take place in 2017.

She’s stayed busy in political circles since then and is a frequent presence at the Capitol where you’ll find her lobbying for Georgia Equality and Planned Parenthood. She also served as interim executive director of AID Atlanta in 2012.

“I’ve probably been thinking about this since I was in office, off and on,” Woolard said Thursday morning. “In politics, timing is everything and I had some friends running the last couple times and just decided this time that I’m going to do it. I’ve been thinking hard about it and what’s in store for me at this point in my life and I’ve never let go of how much I love Atlanta and all the wonderful things as a city we can do going into the future, not the least of which is finishing the Beltline.”

Woolard was a pivotal figure in the development of the Beltline, jumping on board early as a supporter and helping push the idea out to business leaders and neighborhood groups throughout the city for several years before ground was broken in 2009.

She says there is no timetable on an official announcement to kick off the campaign.

“We’ll pace things out and develop a campaign as the timing feels right to do that,” she says. “Certainly I’m happy for anybody who’s interested to know that I am going to run and I’m going to run hard.”

Woolard comes from a political family, as she said in a May 2014 GA Voice profile. Her grandfather was mayor of Sylvester, Georgia and her great-grandmother was appointed by President Theodore Roosevelt to be postmistress in Sylvester.

The catalyst for her entry into the world of LGBT activism was the 1986 Supreme Court decision in Bowers v. Hardwick, which upheld Georgia’s sodomy laws. Mike Bowers, the former Georgia attorney general at the center of that case, wrote a legal analysis for Georgia Equality last month in opposition to the so-called “religious freedom” bill under consideration in the Georgia legislature.

“I thought the Supreme Court would have made a better decision than that, and I had a bunch of friends who weren’t politically involved and I kind of bitched about it quite a bit, until one of them finally said, ‘Well why don’t you just do something about it?’ And, it was kind of like one of those buckets of water and I was like, ‘Yeah, maybe I should.’ I got involved and that kind of fed the beast, so I stayed involved,” she told GA Voice last year.

Here’s Woolard talking last year with the Atlanta 100 about how she was “shocked out of complacency” by the decision.