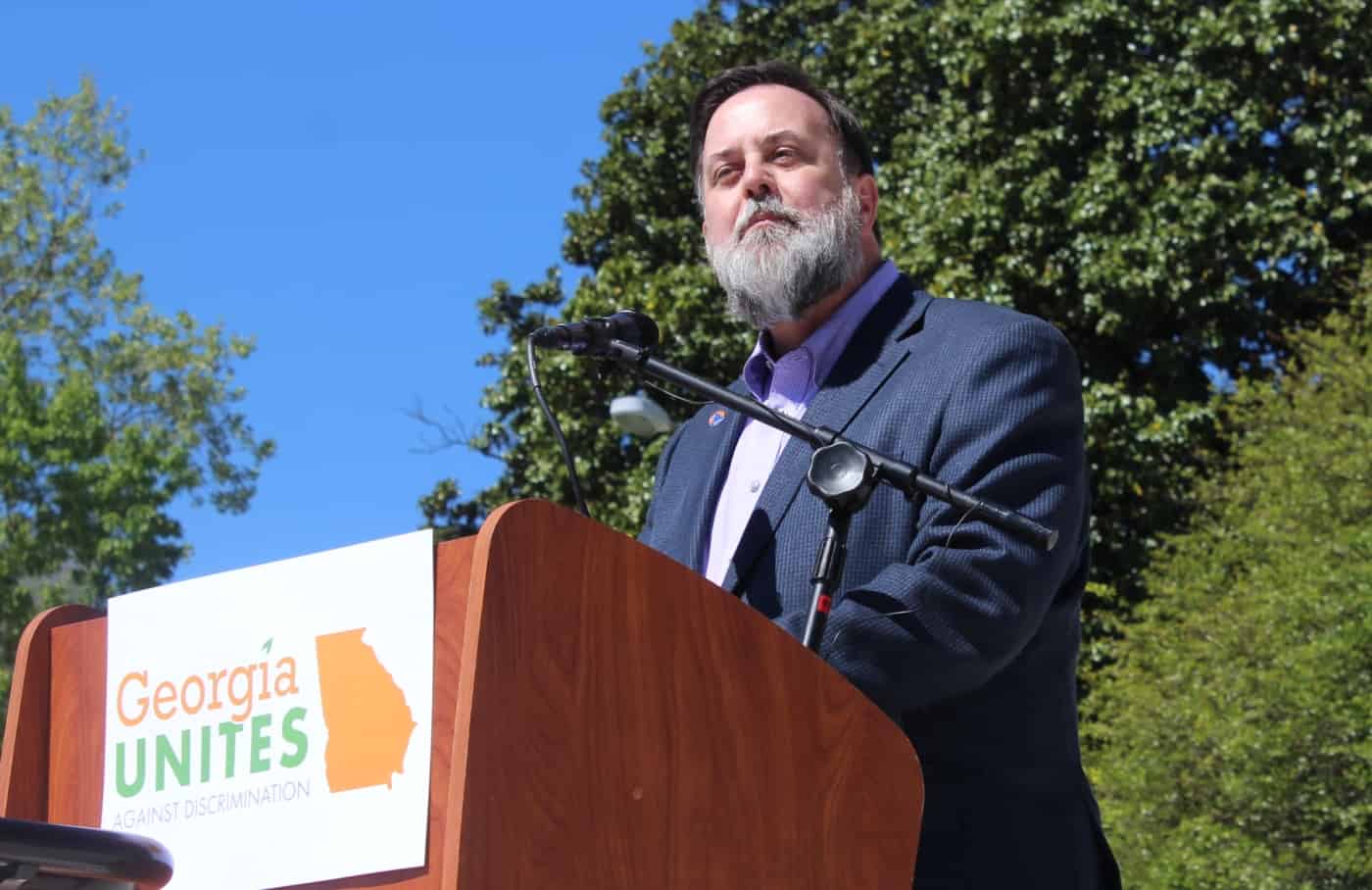 Progressive leaders in Georgia are beating the drum for the state to adopt a comprehensive civil rights bill now that the state’s GOP leadership have made it clear they are not interested in getting into another long, drawn-out fight over an anti-LGBT so-called “religious freedom” bill. That push was made all the more clear today with the release of a new report detailing how far behind Georgia is when it comes to existing non-discrimination protections.

Georgia Unites Against Discrimination, a group of prominent civil rights and faith leaders, released the report Wednesday during a press conference at the Capitol. Titled “Liberty and Justice in Georgia: Protecting Our Heritage and Growing Our Competitive Future,” the report shows that, among other things, Georgia:

“No one wants to spend another year debating hostile and discriminatory bills that will hurt our communities and tarnish our state. But we can and we should start talking about what we can do to make our communities and our state stronger,” said Jeff Graham, executive director of Georgia Equality, in a statement. “We have a unique opportunity to begin a dialogue that can move our state forward and ensure everyone – whether they’re LGBT or people of faith, or LGBT people of faith – feels respected and protected in Georgia. Last year, we saw how lawmakers could damage our state’s brand. This year, we believe we have a roadmap for lawmakers that will ensure they can instead strengthen our state’s image.”

The operative phrase there is “begin a dialogue,” because the success of a comprehensive civil rights bill in Georgia this year is an extremely slim possibility. And while the success of an anti-LGBT “religious freedom” bill seems unlikely in Georgia this year considering the lack of support by GOP leadership including House Speaker David Ralston and Lt. Gov. Casey Cagle—not to mention Gov. Nathan Deal, who vetoed such legislation last year—there remains plenty for the state’s LGBT community to worry about on a federal level.

Over the holidays, Sen. Ted Cruz (R-Texas) announced that he would be reintroducing the First Amendment Defense Act, a bill similar to last year’s HB 757 in that it would give legal cover to businesses and faith-based groups that discriminate against LGBT people as long as it’s based on their “religious belief or moral conviction” that marriage is defined as a union solely between one man and one woman.

And never to be forgotten, of course, is state Sen. Josh McKoon (R-Columbus), who has vowed to pursue some form of “religious freedom” bill on the state level.