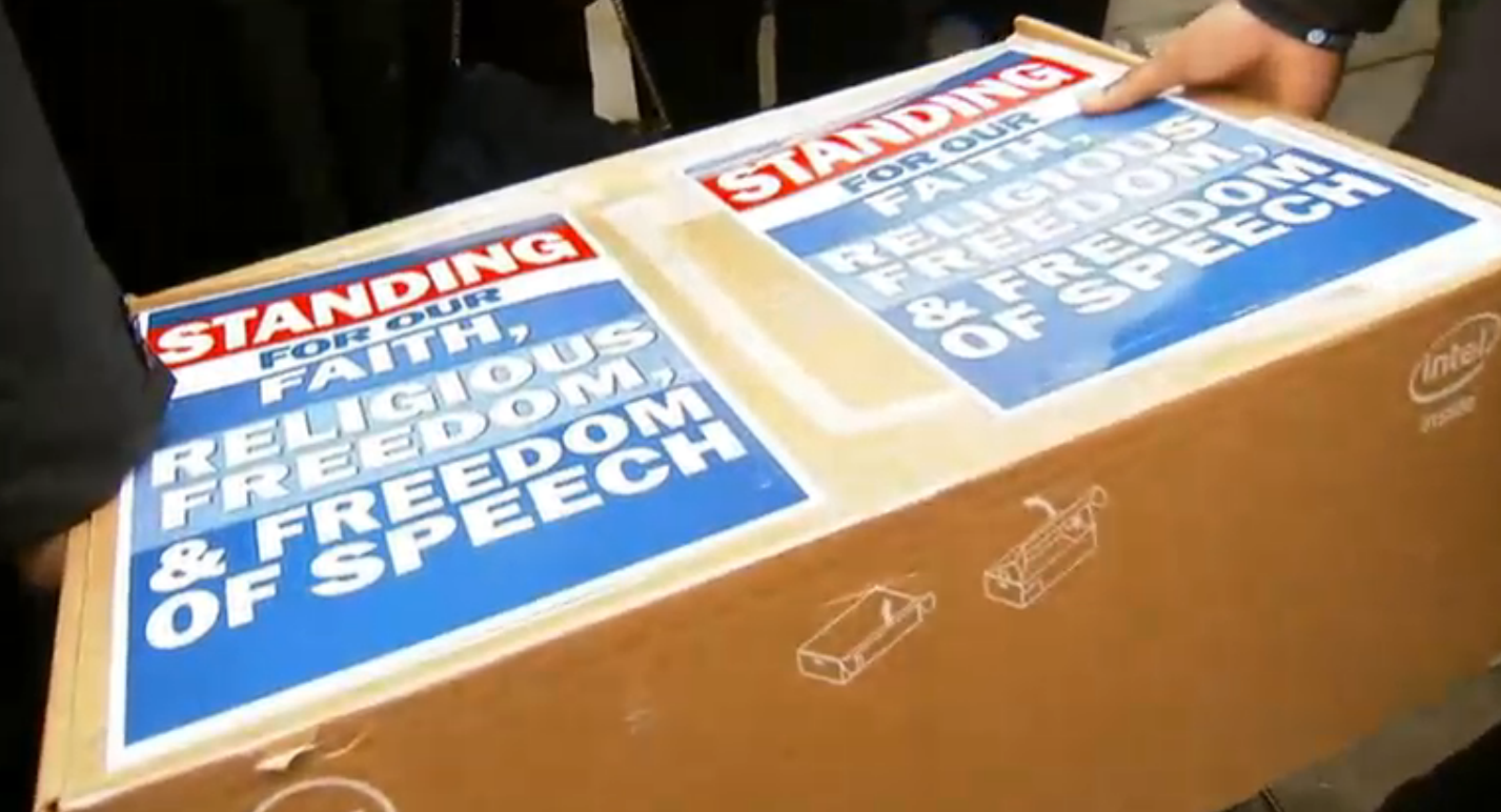 From the Atlanta Journal-Constitution’s Political Insider:

That looming threat, he said, is a reminder of lawmakers’ role in making sure government is “protective of its citizens against evil and is working for the common good.”

Religious liberty, Wright said, is a “foundational aspect” of the U.S. Constitution and is for the “common good and welfare of man.”

State Rep. Simone Bell, one of three openly gay state legislators, was angered by Wright’s statements and said she told him exactly how she felt about his prayer.