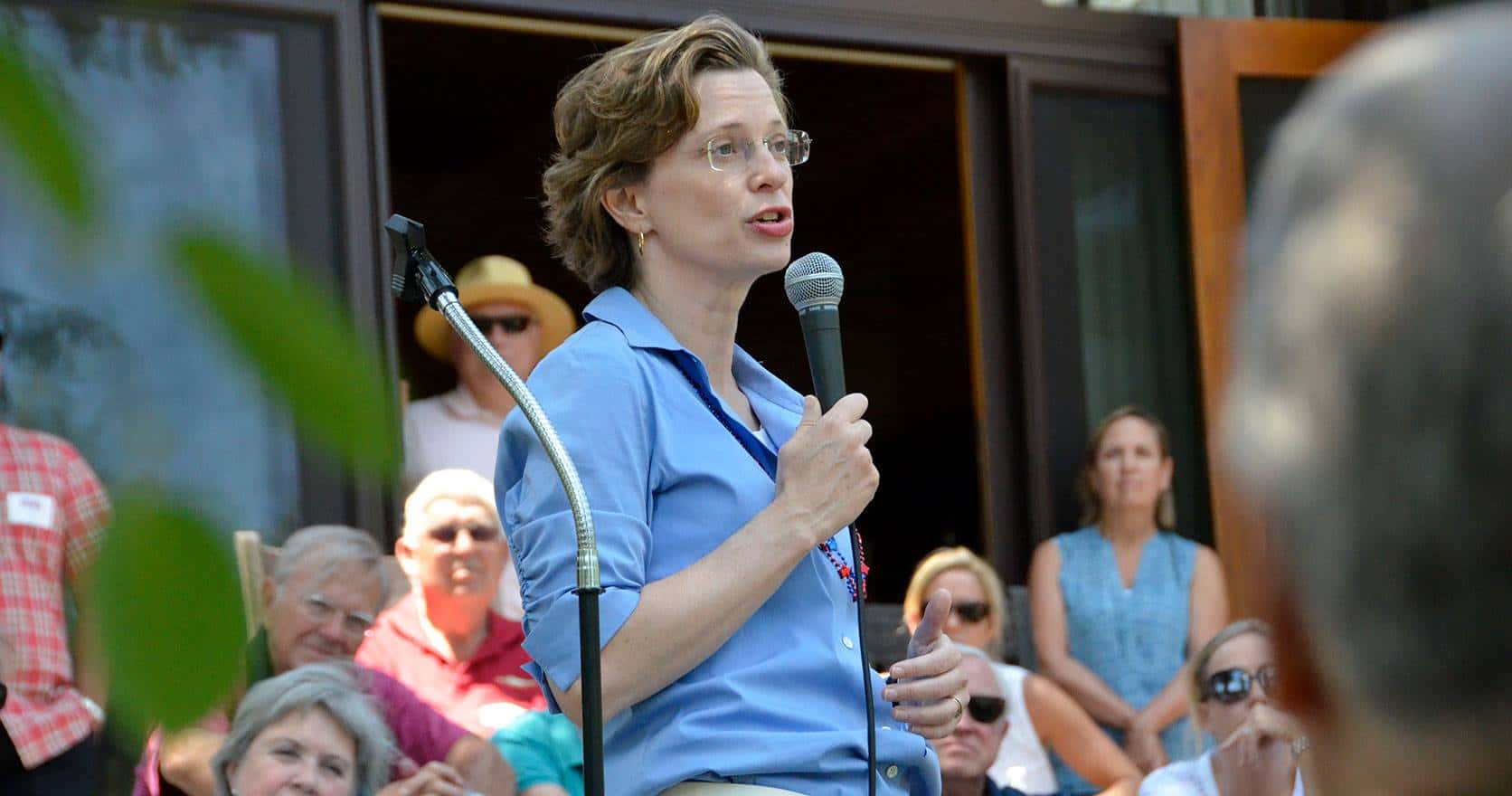 Michelle Nunn lost in her bid to replace Saxby Chambliss in the U.S. Senate. (courtesy photo)

“Michelle Nunn… has gone on the record as supporting states’ rights on marriage equality,” noted an editorial in the LGBT newspaper GA Voice (8/5/2014).

Please help us tell Ms. Nunn that “states rights” is no more acceptable for LGBT equality than it was for racial equality.

If Michelle Nunn wants the support of the LGBT Community, she should join the other members of her party — around the nation and here in Georgia — and proudly stand in support of full LGBT Equality.

The page is run by law school student and former Atlanta school board candidate Charlie Stadtlander, who spoke with the AJC.

Charlie Stadtlander, who let us know about the reorientation, said Nunn’s other sins include a lack of support for Senate Majority Leader Harry Reid, and the acceptance of cash from a political action committee controlled by former U.S. senator Richard Lugar of Indiana, a Republican who helped formulate the military’s “don’t ask, don’t tell” policy of the 1990s – with Michelle Nunn’s father.

“We’re not going to give her a free pass in the LGBT community. We’re going to go after her,” Stadtlander said.

Stadtlander was also one of the LGBT activists who met with Mayor Reed to encourage him to change his position on marriage. The mayor eventually did come out in support of marriage equality.

Nunn’s spokesman Nathan Click tells the following to the AJC:

“Michelle has said time and again that she believes that all Georgians should be allowed to share in marriage as she and her husband have done. She also believes that is not only a legal construct, but a sacrament, and every religious institution has to be able to define it for themselves. The reality is that Georgia voters have spoken on this issue — passing a constitutional ban on same sex marriage.

“Michelle voted against it, but Georgia voters came to a different conclusion. Now it’s up to the courts to decide whether amendments like this are constitutional. In the Senate, Michelle would continue to stand for the equality of all Georgians. She would oppose any law that does not respect the right of all people to marry and would vote to repeal any discriminatory federal laws that have not yet been struck down by the court. There is a big difference between her and David Perdue on this issue.”

The GA Voice has made numerous requests for an interview with Michelle Nunn.