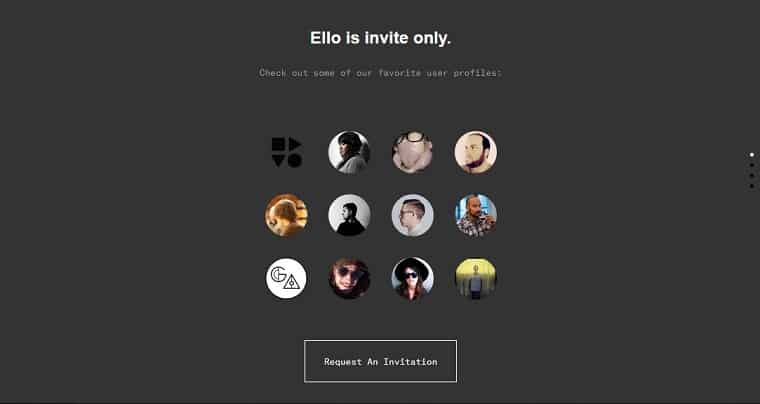 It’s hard to gauge who is winning in the epic battle of Facebook vs. drag queens, but there’s a third party that appears to be rooting for it to go into extra rounds.

In the wake of Facebook’s adamant demand that drag queens use only their legal name on their Facebook profiles, scores of queens are reportedly fleeing the social media titan and taking up residence in a new social media network—the little known independent outfit Ello.

Ello is a an invite-only, anti-ad social media network created by a man named Paul Budnitz. The Daily Dot spoke to Budnitz for a story under the dramatic headline “The great gay Facebook exodus begins.”

“Yes, we’ve been hearing about the Facebook drama too over the last few days,” Budnitz said. “Ello welcomes the LGBTQ community and we’re very excited to see so many people moving over! ”

After a group of Radical Faeries signed up a couple of days ago, Budnitz has been watching an uptick in queer users joining Ello—”which makes us very happy,” he notes. “There does seem to be a bit of an avalanche since then.”

As Project Q reported, popular Atlanta drag queen Edie Cheezburger had her account suspended until it was changed to her given name, Andrew Jones.

Facebook’s policy also negatively affects transgender people who have enough trouble changing their name and gender on their ID, and would be stuck with their former name under the policy. They are also finding a new, welcome home with Ello.

A Change.org petition called “Allow performers to use their stage names on their Facebook accounts!” has over 32,000 signatures so far.

And Google+ has agreed to allow people to use the names they want, but the social media network has yet to become a force since its 2011 launch.