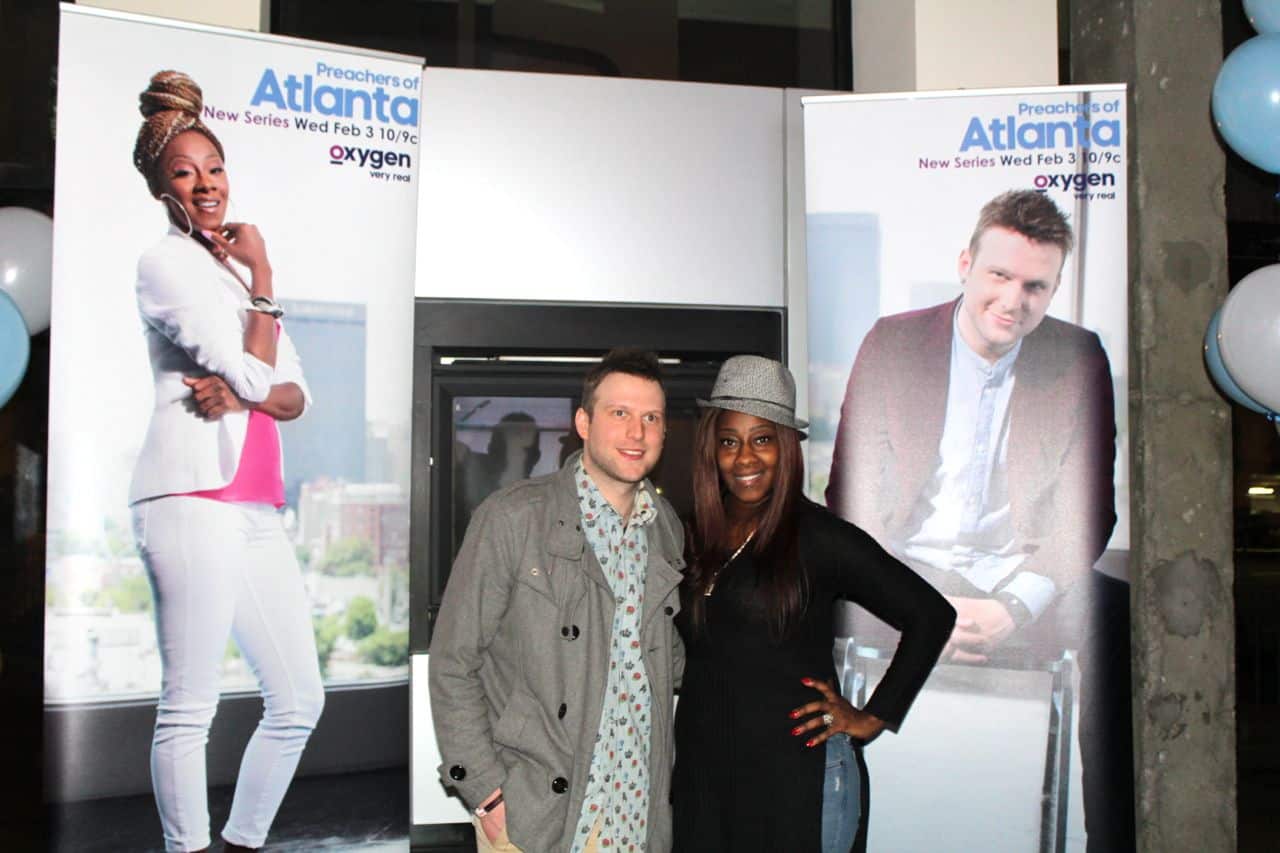 The Aloft Hotel in Midtown was the site of lots of love and fellowship on Wednesday night as pastors Le’Andria Johnson and Judah Swilley, stars of the new Oxygen docu-series “Preachers of Atlanta,” celebrated the premiere with an enthusiastic crowd of supporters.

The highly anticipated and often controversial show follows the lives and ministries of five local pastors, some traditional and others a little more unorthodox in their ministerial approach. Johnson and Swilley are already raising eyebrows and garnering support for their message of inclusion.

You may recall reading about Swilley, a fifth-generation preacher, his father Jim Swilley, who is openly gay and courageously came out to his former “Church in the Now” congregation in 2010, and his supportive ex-wife Debye Swilley in our Jan.5 Faith and Religion issue.

The two co-stars are not into doing ministry as usual. In an interview with TheGrio.com, Johnson publicly defended her decision to dress as a prostitute and to distribute condoms and cigarettes to sex workers as part of her ministry.

“Condoms, I’m not going pass them out to some 10-year-old girl or some 12-year-old boy, but there are transgender men and women and then you have prostitutes… ‘Here’s a condom.’ At least be safe. How can the world practice safe sex and the church can’t?”

Swilley and Johnson also aren’t afraid to tackle the issue of homosexuality in the church.

“Why are we as the church so obsessed with sex? Did Jesus give us that calling to go to every single person and tell them you can’t or you can?” asked Swilley.

“If that person needs to change then Christ will handle that…we’re not God. Let’s stop pretending we are and beating people upside the head. Basically, we’re adult bullies,” said Swilley.

You can watch the two go head-to-head with fellow ministers in this Oxygen sneak peek.

Preachers of Atlanta airs on Wednesday’s at 10/9c on Oxygen.