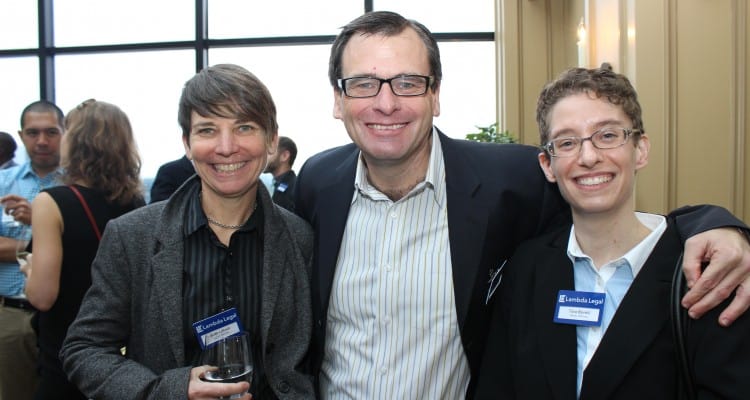 Those gay legal eagles at Lambda Legal who fight the good fight for the LGBT community are gathering for a shindig on Sunday to toast the Supreme Court decision on marriage equality and raise some cash for their efforts in the process.

The group got a boost of attention locally last April when they filed a federal class action lawsuit against the state of Georgia to drop the 2004 same-sex marriage ban. They also made news last month when, following the federal bust of Rentboy.com, they announced their support of the decriminalization of sex work, citing the dangers the current laws pose to LGBT youth and transgender women of color.

And just this week they touted a victory in South Carolina after a lesbian teen was sent home from school for wearing a shirt that said “Nobody Knows I'm A Lesbian.” The school reversed its decision and allowed the student to wear the shirt following receipt of a letter from Lambda Legal.

“We are gathering at the Millenium Gate Museum on Sunday to hear an update from attorneys on Lambda Legal's current cases and what work we have left to do to secure full equality for Georgia's LGBT people and those living with HIV,” said Roger Poindexter, Regional Director of Lambda Legal's South Central Regional Office.”Lambda Legal's Atlanta Leadership Committee members have worked hard to make a successful event each year and this one will be no different.”

Online ticketing is closed but tickets can be purchased at the venue starting at 3 p.m. on Sunday.