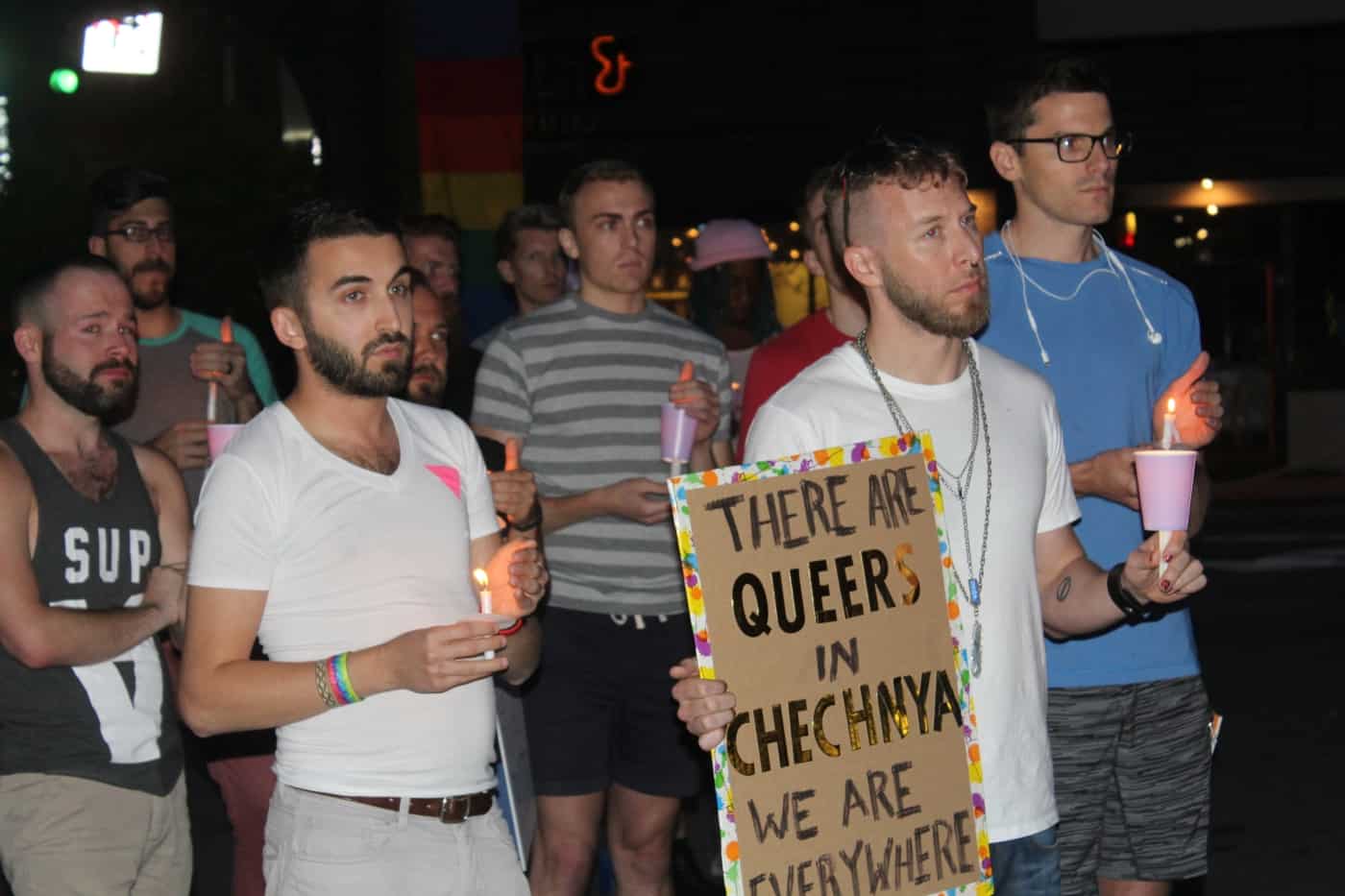 ‘We have light to bring into this world’: LGBT Atlanta rallies against anti-gay Chechnya purge

When LGBT Atlanta gathers to celebrate, mourn or protest, they often end up at the intersection of 10th Street and Piedmont Avenue in Midtown. Such was the case again Tuesday night as around 100 people gathered for a candlelight vigil and protest in response to reports of an anti-gay purge in Chechnya.

Russian newspaper Navaya Gazeta broke the story on April 1, reporting that there had been a “prophylactic sweep” of men “in connection with their non-traditional sexual orientation, or suspicion of such” by authorities in Chechnya, and that at least three of the arrests had reportedly resulted in murder. The incidents have led to condemnation across the US and in parts of the world, including from US Ambassador to the United Nations Nikki Haley. 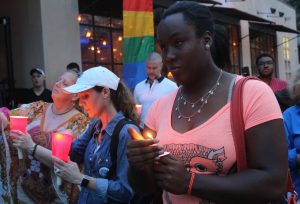 Rabbi Josh Lesser of Congregation Bet Haverim pointed out to the crowd that the regime in Chechnya is a religious one, and how that can be triggering to many.

“That’s why it’s really important for us to find each other so that we’re not alone in hearing these stories and to understand that we have power, and that the light is not only to bring attention and memory but to also remind us that we have light to bring into this world,” Lesser said. “That there are ways that our actions are powerful. And that when we feel alone and we think about the times when we were victims, that there’s strength in numbers and strength in community and that we have possibility to make change.”

Lesser also mentioned the work the Human Rights Campaign and Amnesty International have been doing about the Chechnya situation, but singled out a Canadian group called Rainbow Railroad in particular. The organization helps LGBT people around the world escape persecution and violence in countries in their home countries.

Meanwhile, CNN spoke to two gay Chechen men who had previously been rounded up by the government and detained in camps.

“They started beating me with their fists and feet,” one man said. “They wanted to get names of my gay friends from me. Then, they tied wires to my hands and put metal clippers on my ears to electrocute me. They’ve got special equipment which is very powerful. When they shock you, you jump high above the ground.”