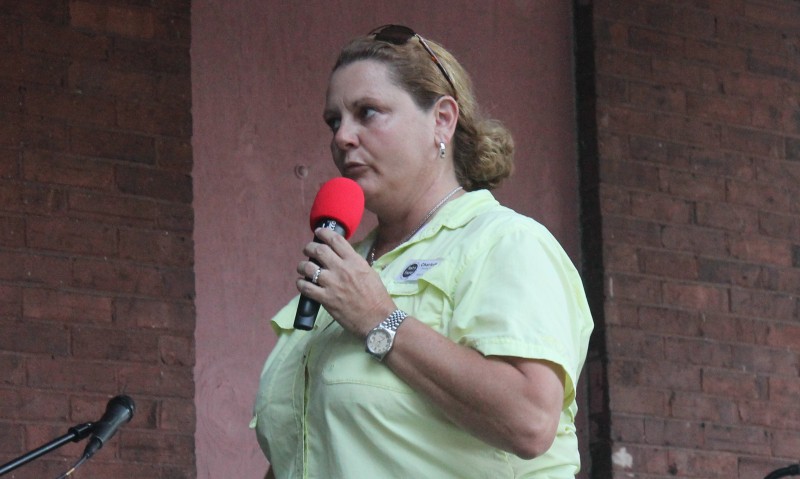 Charlotte Cagle, board chair of Atlanta LGBT homeless youth organization Lost-n-Found Youth, has resigned in the wake of a controversial leadership change and subsequent mass defections from both the executive staff and board of directors of the organization.

Cagle resigned less than 24 hours after the board’s announcement that they were removing co-founder Rick Westbrook as executive director, demoting him to director of outreach, and appointing attorney Clayton Skinner as director of operations and social worker Brittany Garner as director of programs. Community backlash ensued courtesy of Westbrook’s supporters, many of whom called for Cagle to resign. Skinner subsequently resigned from the organization early Tuesday afternoon, telling Georgia Voice that he never formally accepted the new position. Four board members—Chris Burgess, Michelle Groover, Ed Smith-Lewis and J. Harry Shannon—resigned in the wake of the Westbrook removal, culminating in Cagle’s resignation today.

“Charlotte Cagle has tendered her resignation as Chair of The Board of Directors of Lost n Found Youth Inc. We extend our thanks to her for her work on behalf of the mission of Lost n Found Youth during her tenure with us,” read a statement issued to the Georgia Voice late Tuesday afternoon. “Like all nonprofit organizations, Lost n Found Youth has been experiencing ‘growing pains’ as part of the normal life cycle of similar organizations. We will be moving forward in our goals to provide the highest level of services possible to the homeless youth in our area, especially those who identify as LGBTQ, and are some of the most vulnerable of the homeless population in our city. The board will be meeting on Friday, August 26, 2016, to fill vacant officer positions and announce staffing plans for the immediate future. In the interim, Rick Westbrook will assume the responsibilities of the director of operations until those future staffing plans are announced.”

Keith Hollingsworth, Lost-n-Found Youth board member and a professor at Morehouse College, confirmed to the Georgia Voice that he, Liliana Bakhtiari, David Little, Marci Alt, Maureen Kalmanson, Bruce Garner and Dr. Jesse Peel are the remaining members of the organization’s board, which is all-volunteer.

All appeared to be well with Lost-n-Found Youth on Monday morning, with permits for a new shelter finally in hand and a $1.1 million capital campaign underway. Then word started spreading on social media that afternoon that Westbrook was being ousted as executive director. A little after 8 p.m. that night, the board of directors issued a statement confirming Westbrook’s demotion and the new appointments on the executive staff—the decision had apparently been made and agreed upon by the board the previous Thursday night.

A slew of resignations followed, including four board members. Then Skinner announced his resignation from the organization, telling Georgia Voice he never formally accepted the new title announced in the previous night’s press release. Cagle subsequently issued her resignation Tuesday afternoon.

So all eyes are on Friday’s board meeting, where the remaining members will decide whether to reinstate Westbrook as executive director and elect new officers for the board.