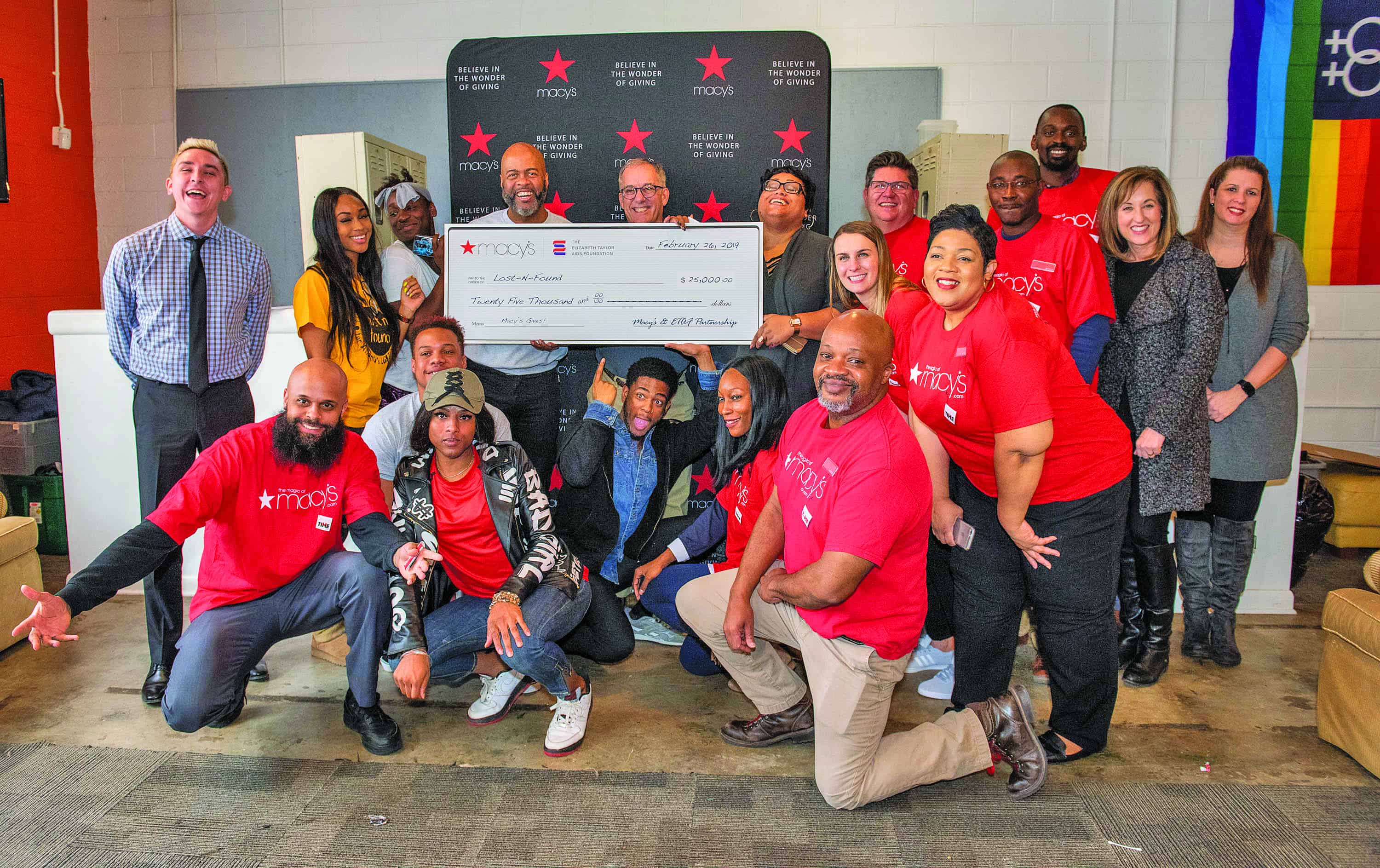 Atlanta-based nonprofit Lost-n-Found Youth (LNFY) has received a $25,000 grant from The Elizabeth Taylor AIDS Foundation (ETAF) in partnership with Macy’s for its “PROMISE for HIP” program. LNFY is the only organization in metro Atlanta specifically focused on supporting homeless LGBTQ youth. The nonprofit works to end homelessness among LGBTQ youth through a 24/7 crisis hotline, drop-in youth center, and shelter.

LNFY’s PROMISE for HIP program – which stands for Peers Reaching Out and Modeling Intervention Strategies for High-Impact Prevention – is a community-level HIV/STD prevention intervention relying on stories from role models and peer advocates to influence LGBTQ youth to reduce behaviors that put them at risk for HIV and engage more with the HIV continuum of care. The program also provides a safe space for homeless LGBTQ youth to receive testing and treatment for HIV.

According to a study done by Emory University, metro Atlanta has the fourth-highest HIV rate among the U.S.’s major cities, with some Atlanta zip codes even having HIV rates 6 to 8 times higher than the national average. These high rates can be accredited to symptoms of homelessness, like lack of insurance and access to adequate healthcare, but are heightened even further by minority stress and stigma surrounding sexual orientation and/or gender identity.

“Lost-n-Found Youth is a powerful part of a collective effort to achieve an AIDS-free world, a world Elizabeth Taylor is still helping to realize through ETAF,” Catherine Brown, the Executive Director of ETAF, said in a statement. “ETAF and Macy’s are honored to support LNFY with these funds to continue our aligned goals of health equity and zero discrimination for all people living with or at risk for HIV and AIDS.” Forty-five organizations were awarded grants this year, LNFY being the only Georgian nonprofit to do so.

ETAF, established by actress Elizabeth Taylor in 1991 to fulfill her passion for fighting against HIV/AIDS, funds programming that provides direct care and support to people affected by HIV and AIDS. Taylor and Macy’s have a long history of partnering in the fight against HIV/AIDS; Taylor was Founding Chair of Macy’s Passport, a fashion show and gala which began in the 80s to raise awareness on HIV/AIDS. “It’s bad enough that people are dying of AIDS, but no one should die of ignorance,” the actress and activist said.

The grant from ETAF and Macy’s will not only help fund LNFY’s PROMISE for HIP program but will also support LNFY’s community outreach and education around preventing HIV. Through the contribution from Macy’s and ETAF, along with philanthropic contributions from Gilead and United Methodist Global Health, LNFY will have the ability to provide HIV and STI screening to more than 600 homeless LGBTQ youth this year while also linking 100 percent of HIV-positive homeless LGBTQ youth to treatment and care.

“We are humbled and grateful by the generosity of The Elizabeth Taylor Foundation and Macy’s,” said LNFY board chair Robert Ross, “and feel privileged to work in partnership with them around this worthy cause.”