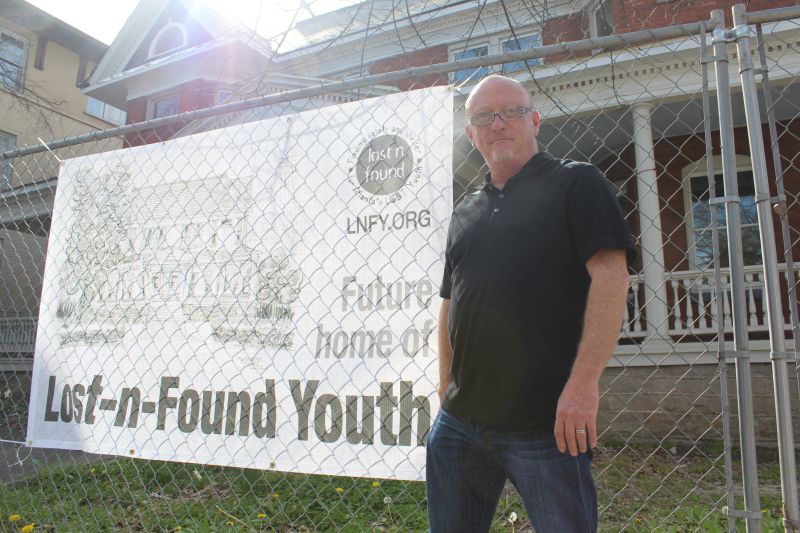 Two years, untold numbers of calls and emails and a ton of frustration later, Lost-N-Found Youth finally has the permits for their future shelter in Midtown Atlanta. But securing the permits was just the first on a long list of items to turn the old Victorian home into a livable, workable, thriving shelter for LGBT homeless youth.

The facility, which will hold three times as many beds as the current shelter in the West End, plus add office space and a new drop-in center, is located at the corner of 5th Street and Juniper Street, right next door to LGBT favorite Saint Mark United Methodist Church. Saint Mark owns the building and leases it out to the group for a grand total of one dollar a year.

But it will take a lot more money than that—$1 million in fact—to make the shelter a reality, and the Lost-N-Found Youth team is finally on the hunt to make it happen.

Corruption at city’s Office of Buildings

Lost-N-Found Youth first announced plans for the facility in Feb. 2014, with plans to open by that November. But that goal didn’t come anywhere close to fruition due in part to the city’s dysfunctional Office of Buildings.

“I had no idea what we’d have to go through with this,” says Lost-N-Found Youth executive director Rick Westbrook. “It’s been killing me to have this sit.”

The Office of Buildings did not respond to a request for comment, but Creative Loafing reported on March 7 that five employees at the office had been fired following a two-year investigation that uncovered instances of creating fraudulent building permits, accepting bribes and other violations.

Another part of the delay was the fact that Lost-N-Found Youth was renovating an old facility instead of building from the ground up.

“We had to open up walls and get structural engineers in here to make sure it’s sound. And it is,” Westbrook says. “So it will be a great house. We’ve just got to get off our butts and do it.”

One development that raised eyebrows while the permitting process dragged on last fall was the planned opening of a thrift store by the controversial AIDS Healthcare Foundation just blocks from Lost-N-Found Youth’s thrift store. AHF, who have been critical of the use of PrEP, acquired AID Atlanta last year. Westbrook doesn’t mince words when talk turns to the organization.

“AHF is not a good thing. I’ll leave it at that. Anybody can Google it and figure it out. There’s going to be a lot of uprising in Atlanta. It’s already started,” he says, referencing negative reaction on social media once news of the opening of AHF’s thrift store got out.

“AHF has more money than God and they throw their weight around,” Westbrook continues. “But this is a community that’s not going to let that weight carry anything. That’s a small space. In their thrift shops they do offer testing and a pharmacy. I don’t have the need or want to get into a pharmacy. It’s important as the true activist in me that we not duplicate services if there are people in town that are doing things.”

When asked for comment, Michael Kahane, AHF’s bureau chief for the southern region, responded, “I am very disappointed to hear of Mr. Westbrook’s concerns about the forthcoming opening of our Out of the Closet store in the Atlanta community, especially since me nor any of the Atlanta-based AHF staff have been contacted by him directly. AHF has had a presence in the metro Atlanta community for the last five years, and has enjoyed partnering with many other ASOs and non-profit service providers to collaboratively work together to address the increasing needs of combating the HIV/AIDS epidemic throughout the region. We are excited to open a store in Atlanta, given that in communities where we have stores, we have seen them serve as a critical resource to the local community, providing a safe, non-stigmatized space, where diverse populations have come to get tested for HIV/AIDS and other STIs as well as receive education on the disease, and we anticipate this location being that same type of community resource.”

Despite the outside distractions, Lost-N-Found Youth is moving forward with a $1 million capital campaign to be launched soon, preceded by a groundbreaking ceremony. And while small donations from the community are vital, they aren’t hesitating to go after bigger fish as well.

“We will be going full force. I’ll be hitting up Coke. Home Depot’s already on board. The Southern Company, Georgia Power, Delta—all the bigwigs,” Westbrook says. “It needs to be a house that’s built by the community. Nothing’s more important than that. The kids need to be able to see that this company, this person, this group donated money to build a house that they can be safe in. That speaks volumes to helping them along, to deal with the rejection that they had by their family and by their churches, and to see that it’s not just all gay people—it’s a lot of straight people too.”

Westbrook says the $1 million will give the group just enough to finish the new shelter and provide between one and two years of operating revenue. Two upcoming events—the Thriving Children Annual Gala on April 29 at the Fox Theatre and this June’s East Point Possums show—will be a big part of that. But unlike two years ago, Westbrook isn’t publicly stating a date for the new shelter to open.

“It’s all dependent on that money coming in and the grants.”

Number of children visiting Lost-N-Found Youth’s drop-in center per month before Caitlin Jenner came out and the U.S. Supreme Court legalized same-sex marriage: 75
Number of visits per month after those two events: 300
Percentage of homeless youth in the U.S. who are LGBT: 40 percent
Percentage of homeless youth in the Southeast who are LGBT: 56 percent
Info via Lost-N-Found Youth