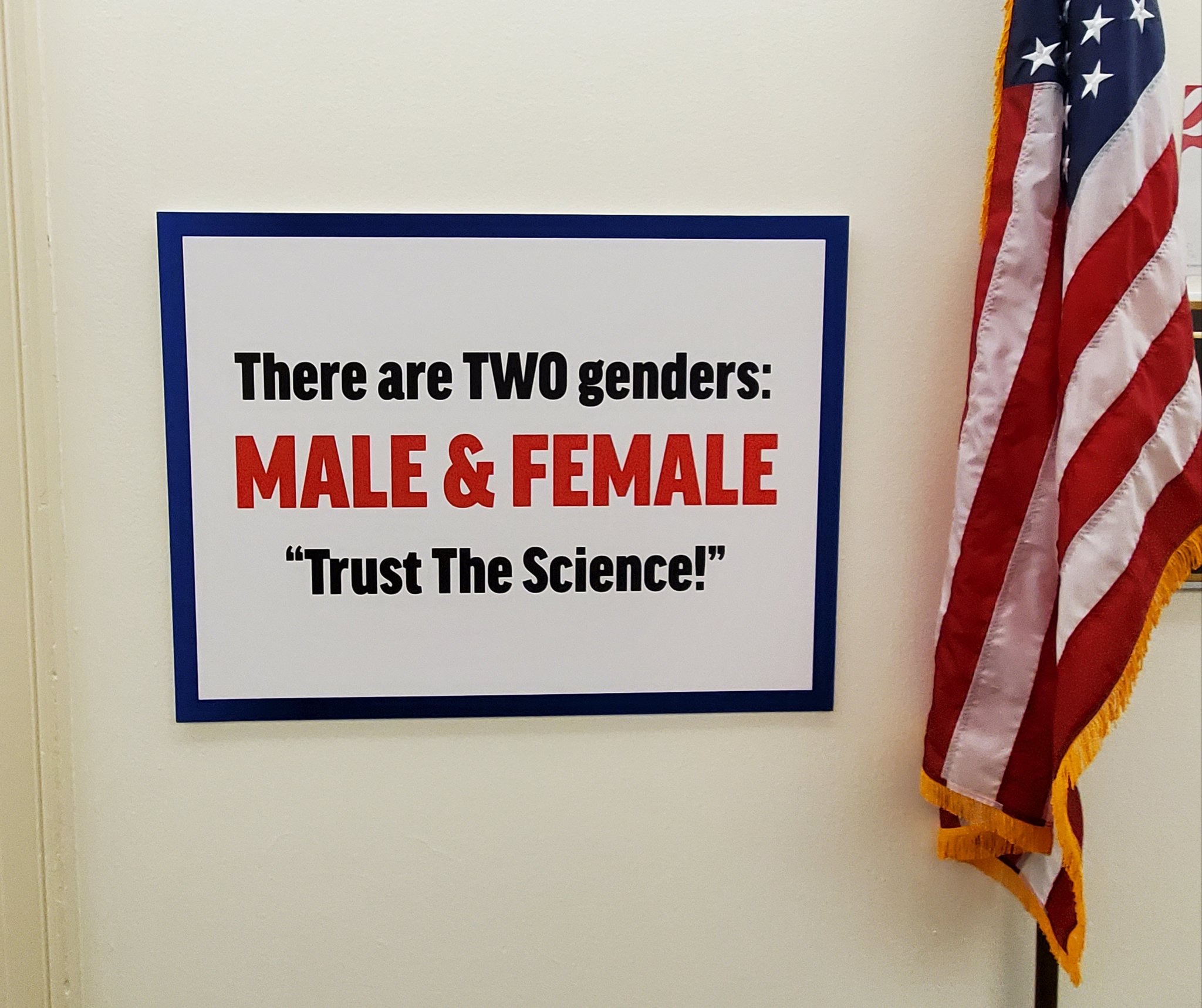 Marjorie Taylor Greene, the infamous representative from Georgia best known for her support for the QAnon conspiracy theories, is facing criticism after she posted an anti-transgender sign outside her office.

The move came after Rep. Marie Newman, whose office neighbors Greene’s, tweeted a video on Wednesday (February 24) of her putting up a transgender flag by her door.

“Our neighbor, [Greene], tried to block the Equality Act because she believes prohibiting discrimination against trans Americans is ‘disgusting, immoral, and evil,’” Newman tweeted. “Thought we’d put up our transgender flag so she can look at it every time she opens her door.”

Greene responded to the tweet by posting a video of her putting up a sign that reads, “There are TWO genders: male and female. Trust the science!”

“Our neighbor, [Newman], wants to pass the so-called ‘Equality’ Act to destroy women’s rights and religious freedoms,” Greene wrote. “Thought we’d put up ours so she can look at it every time she opens her door.”

Newman, whose daughter is transgender, told CNN that she was unconcerned about Greene’s response.

“It was a statement I felt very necessary… I felt as though she needed to hear it from us,” she told CNN. “And what I mean by that is that I just wanted to make a statement so that she sees LGBTQ people and so the symbolism was simply to put the flag out there so she has to see our community every day. You know, I’m immensely proud of my daughter, and that’s all anyone is asking for is to be treated as anyone else and that’s what I want Rep. Greene to see… [Greene] can keep going with whatever she’s doing, and I have no interest in it. If she’s doing to spend time running to FedEx and creating goofy signs, have at it.”

Despite claims from Greene that the Equality Act “completed violate[s] and destroy[s] the rights of girls and women” – seemingly because it would allow for transgender athletes to compete on teams aligned with their gender identity – the Equality Act was passed by the House of Representatives on Thursday (February 25) by a vote of 224-203.