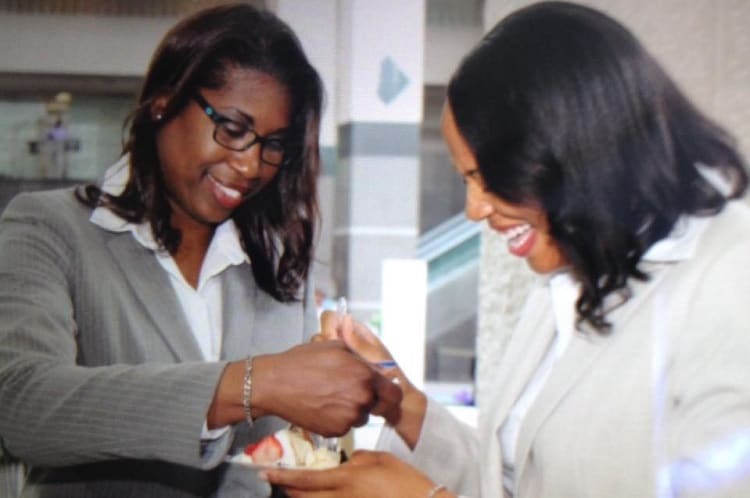 Freedom to Marry has confirmed that Petrina Bloodworth and Emma Foulkes were the first same-sex couple in the United States to marry following Friday morning’s U.S. Supreme Court decision striking down same-sex marriage bans across the country.

The couple, who have been together for 10 years, got to the Fulton County Courthouse early Friday morning. They kept eagle eyes on SCOTUSblog, the go-to source for up-to-the-minute Supreme Court news, and just minutes after 10 a.m., the decision came in. Marriage equality is the law of the land across the nation.

“When it came up I had to read it three times,” Bloodworth says.

Judge Jane Morrison, a lesbian who has served on the bench since 2013, was presiding over a DUI case when the decision came down. Oral arguments were over and it was the perfect moment to take a break.

“It really is a momentous day,” says Morrison, who presided over the wedding of Bloodworth and Foulkes in her chambers. They were the first couple in Fulton County and the state to marry and at about 2:30 p.m., Jeff Graham, executive director of Georgia Equality, told Georgia Voice that national organization Freedom to Marry said that Foulkes and Bloodworth were the first same-sex couple in the nation to marry today.

When asked who proposed to whom, Bloodworth says, “Well, we aren’t traditional.” But Foulkes jumps in saying, “Actually, I asked you first.” They laugh and joke about their first “fight” as a couple.

Foulkes, president of the Atlanta Gay & Lesbian Chamber of Commerce, said she is delighted to see her commitment, and her family, finally recognized by the constitution. When her son, Raimius Foulkes, was younger he often asked why they could not marry. Having him see the day come where they could have their relationship legally recognized is a tremendous joy, Foulkes says.

“Our commitment has been legitimized and our family is finally recognized as a family unit,” she says. “It’s a blessing he got to see us married.”

Raimius Foulkes, 22, says he was overwhelmed with joy to see his moms marry this morning.

“It’s nice to see their love validated,” he says. “I am very happy.”

Following the ceremony, they shared a slice of cake that was baked by an intern with Georgia Equality.

Both say they are very happy for Georgia and for the country. 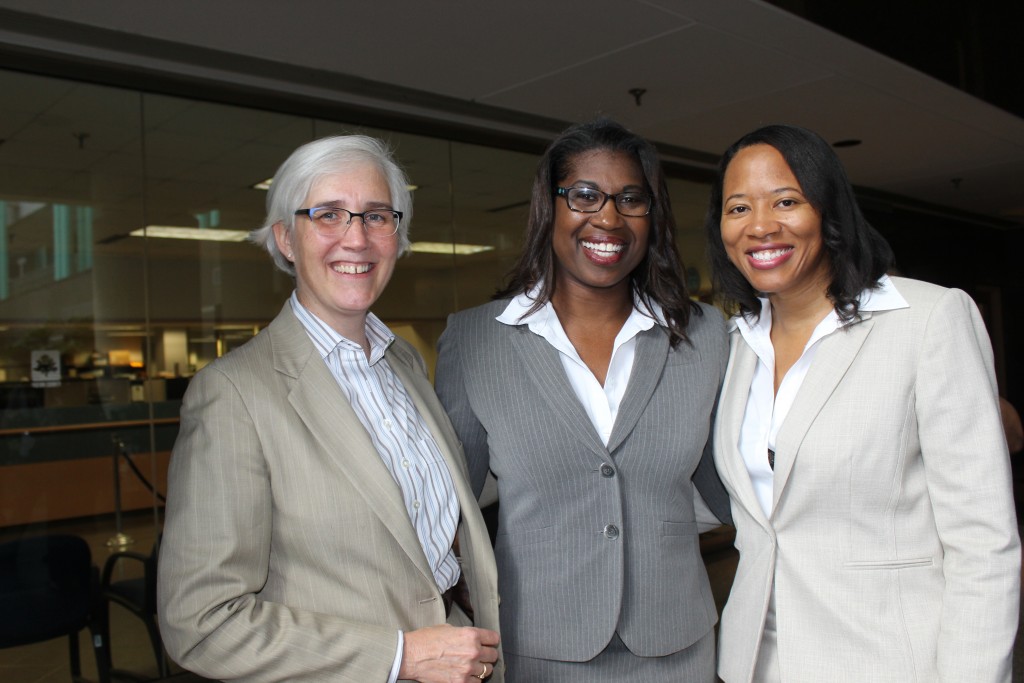 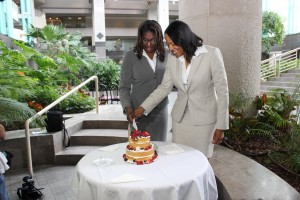 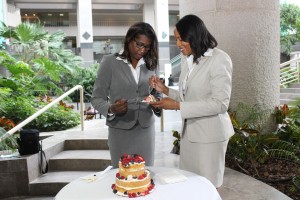 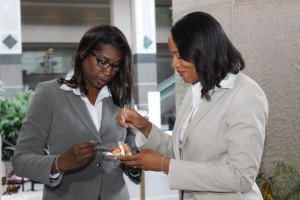 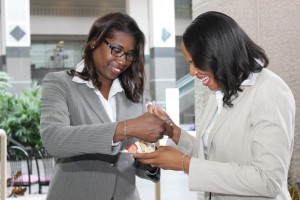