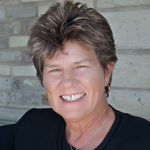 Chris Cash founded Southern Voice in 1988 and served over the years as publisher, editor and executive editor until selling the newspaper to Window Media in 1997. In 2009, after the bankruptcy and subsequent shuttering of Southern Voice, she co-founded GA Voice with Laura Douglas-Brown and serves as its publisher. She lives with her partner and four unruly pets in Dallas, Texas, where she plays golf and guitar probably more often than she should. 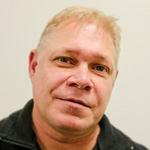 Timothy Boyd comes to the Georgia Voice with more than 25 years of business and sales experience, including serving as a sales executive in the early years of Southern Voice. In 1992, Boyd became an owner of Maddix Deluxe, a luxury gift store in Virginia-Highland. After buying out his partner, and changing the store name to Metropolitan Deluxe, Boyd grew the company to 11 stores throughout the Southeast. Boyd’s favorite movie is “Pay it Forward,” and he is dad to the unofficial GA Voice office dog — Sophia, a French Bulldog who is cute, crazy, single and looking. 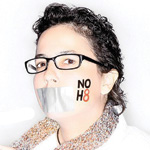 Dyana Bagby got her start in the newspaper industry by working in the mailroom of the Herald-Citizen, a newspaper in Cookeville, Tenn. Bagby interviewed for a job as a reporter at the Herald-Citizen wearing a skirt and pumps. She still got the job. Her years at the Herald-Citizen sealed her love for telling the stories of others as well as being on the front lines of history. She moved to Atlanta in 2001 and worked at the Gwinnett Daily Post before finding her dream job at Southern Voice in 2004. She worked for SoVo until it locked its doors and now works at her second dream job at the GA Voice. 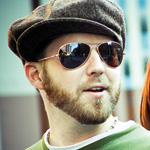 Ryan Watkins is the web manager for the GA Voice. His education in English paved the way for his work with print news outlets, magazines and content-driven websites. As the publishing landscape changed from print to digital, he changed his focus from print writing to digital content management. Ryan oversees GA Voice’s website maintenance, online ad trafficking, content uploads and most everything else web-related. Though rare due to his status as a new father of an adorable one-year old baby girl, he likes to read, camp and watch Manchester United FC matches in his spare time. 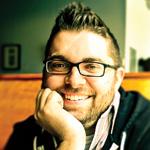 When Bo Shell came out in 2004, there was little surprise. “Well,” his mother began, “since you were young, you always loved sequins and soft things.” Years later, as the art director of GA Voice, the same could still be said. After graduating from Georgia College & State University in his hometown of Milledgeville, Ga., he snagged a summer internship at Southern Voice in 2005, eventually becoming art director of David Magazine before both publications folded. When he’s not designing, he plays music and watches trashy television. If you see him, buy him a drink and ask him for a date. 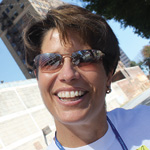 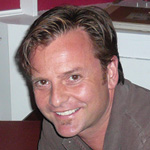 Who says you can’t go back? Robert Pullen returned to Atlanta in 2009 after a successful adventure in New York City. Armed with a degree in public relations and marketing, his early experience included selling advertising for Southern Voice. Pullen’s love of design eventually narrowed his sales focus to high end hotel furniture and took him to the Big Apple. After eight years in NYC, Robert was ready to get back to a more relaxed pace and started his own company, representing several high end furniture manufacturers, and also works as a sales executive for the GA Voice. He’s a single dad to a beautiful rescue named Belle and a handsome French Bulldog, Henry.