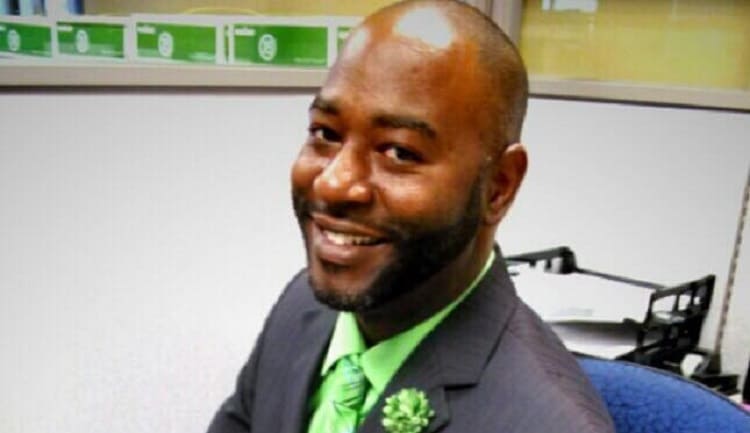 A third candidate has joined Rafer Johnson and Josh Noblitt to try and become the first openly gay man elected to the Georgia legislature. Marckeith DeJesus, a 37-year-old certified financial counselor for Northside Hospital, will challenge incumbent Mable Thomas in the House District 56 primary on May 24.

DeJesus, a political newcomer, says he was motivated to run after the U.S. Supreme Court struck down same-sex marriage bans nationwide last summer.

“That really made my heart delightful and extremely excited about the future for us as LGBT persons,” he tells Georgia Voice in an exclusive interview.

While there’s no Georgia law against same-sex adoption, DeJesus sees a place for legislation strengthening those rights for LGBT people.

“That’s still kind of a gray area where unfortunately I believe that there’s still a lot of discrimination out there,” he says. “We need a bill to be drafted to allow LGBT persons to be able to adopt and to do so without discrimination.”

He also lists more prevention and care for those living with HIV, a comprehensive nondiscrimination law to protect LGBT individuals and enactment of a hate crimes law as other issues he plans on addressing if elected.

“I think it’s a total disaster and to me is a slap in the face of every LGBT person and activist throughout the years to even introduce such a bill,” DeJesus says. “I actually feel even as an African-American gay man that, should that bill be passed and signed into law, that you might as well turn around and sign another law in for segregating the South again because that’s pretty much what that bill has written all over its face is discrimination.”

DeJesus also had much to say when asked what differentiates him from his opponent, Rep. Thomas.

“I’m an African-American gay man. She is an African-American heterosexual person that says she supports the LGBT community,” DeJesus says. “I have not seen one piece of legislation since she has come into office that has been passed or that she supported or she authored pertaining to LGBT persons or our community. It’s different to say that you support it then being a person who lives in it every single day.”

However, Thomas has been a supporter of LGBT rights and has gained the endorsements of Georgia Equality and Stonewall Democrats in the past. We’ve reached out to her for a response to DeJesus’ comments on her record on LGBT rights. DeJesus says he applied for an endorsement from the Victory Fund on Monday and is reaching out to Georgia Equality and Stonewall Democrats for their endorsements as well.