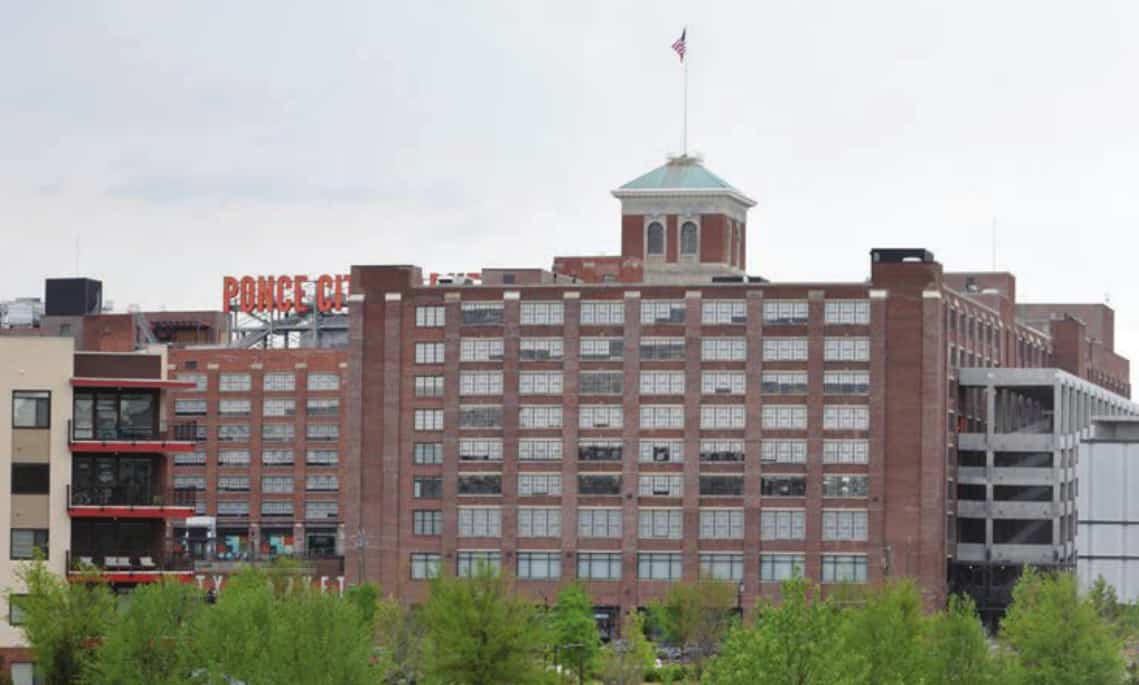 If you’re wondering what’s trending in Atlanta real estate, sometimes all you need to do is take a step out your front door or a quick ride around the block. But here’s a closer look at both what’s happening now throughout the city and what to keep an eye out for coming soon.

1. Multifamily is mushrooming in Midtown.

As population and rental demand increases in town due both to the post-recession market and the trend of people choosing to live in cities, multifamily construction has boomed in recent years. Most of these developments are rentals, as millennials do not place as high of a priority on home ownership as baby boomers and other generations.

With a growing intown population comes demand for everyday goods such as food, hardware and convenient quick service or fast food dining options. Is the traditional big-box anchored strip mall featuring Wal-Mart, Kroger and Home Depot the way to do it? Developer Jeff Fuqua certainly thinks so, while the pushback he has been met with in different neighborhoods indicates that his idea of what the city needs is not agreed upon by the whole community. In contrast, projects such as Ponce City Market and the forthcoming Atlanta Dairies and Larkin on Memorial projects are more oriented toward walkability, helping neighborhoods’ economies by encouraging and welcoming small business and overall efficiency in transportation by encouraging bicycling and walking.

As Georgia’s tax credit, first passed in 2005 and then beefed up in 2008 by the General Assembly, continues to lure the film and television industries from Hollywood to Atlanta (“Yallywood”), developers are acting quick to build multi-use studios. Jim Jacoby, among several others, has plans to revitalize underutilized, sprawling developments like the OSF compound off Jimmy Carter Boulevard and I-75 into mammoth film studios. Jacoby’s Atlanta Media Campus boasts one of the largest blue and green screens in the world. But while Atlanta catches up in building studios and training crews and acting talent, production companies like Crazy Legs Productions, the producer of shows like “Your Worst Nightmare” and “Swamp Murders” on Investigation Discovery, are taking up shop in worn-down, would-otherwise-be-unrented office space. As for the Atlanta Media Campus, the space in its current, un-redeveloped state, has already been home to projects like “The Hunger Games,” “Fast And Furious,” and “The Fifth Wave” Film and television production companies are desperate for space.

How exactly does a city like Atlanta, whose environment and infrastructure largely encourages motor vehicle use, encourage people to walk to where they need to go? Ryan Gravel’s visionary Atlanta BeltLine project is doing an excellent job connecting the city’s neighborhoods, making it easy for residents to safely walk from one place to another. Not only does the project encourage walkability, but it has sparked many new development projects along the linear park to give people more places to walk to in the first place.

While Atlanta has been notorious in the past few decades for tearing down historic buildings to erect parking decks, parking lots, blandly designed residential projects and strip malls that don’t make for efficient neighborhood fabric, several developers have done an excellent job with adaptive reuse projects that have instead repurposed existing warehouses. Jamestown’s redeveloping of Ponce City Market as well as White Provisions District has helped create vibrant, walkable developments in already existing buildings with strong bones that should not go to waste. You may have heard that most buildings aren’t “built like they used to be,” which is largely true, and also the reason why old buildings should be embraced and redeveloped instead of razed to erect lower-quality buildings.

Caleb J. Spivak is the founder of What Now Atlanta, the city’s leading news source for restaurant, retail, and multifamily openings and closings. What Now Atlanta is consistently named “Best of” by Creative Loafing, Atlanta Magazine, and Jezebel Magazine for their ability to dish on what’s moving and shaking in Atlanta’s businesses.