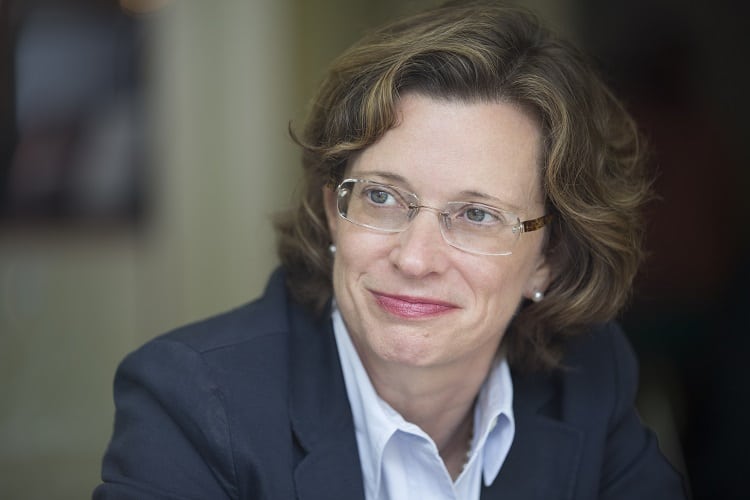 Atlanta political leaders and the Human Rights Campaign fired back at critics of Michelle Nunn’s stance on marriage equality and other LGBT issues, and the campaign is reportedly considering a series of moves that will repair her standing with the community and clear up confusion.

Gay attorneys Dan Grossman and Jeff Cleghorn penned an op-ed in August for the GA Voice urging Nunn to come out publicly and clearly in support of same-sex marriage and are leading a vocal charge against the candidate’s reticence to do so. Grossman said he, Cleghorn and Nunn supporter Mark Rinder, former board chair of AID Atlanta, met with her campaign manager Jeff DiSantis on Sept. 4. They requested that Nunn:

“The campaign asked for some time to consider our request and promised to respond within a week,” Grossman said. “We look forward to hearing back from them within the next few days.”

Meanwhile, both LGBT and non-LGBT political leaders and the Human Rights Campaign spoke up for the Democratic candidate for U.S. Senate, who will face Republican businessman David Perdue on Nov. 4 to decide who replaces Republican Sen. Saxby Chambliss.

The developments come as a Sept. 10 Wall Street Journal poll shows Nunn and Perdue statistically tied in a race that has national implications.

Nunn stated her opinion on marriage equality in her first interviews after announcing her U.S. Senate run last July, telling the Atlanta Journal-Constitution in a July 22 article that while she believes in marriage equality on a personal level, the definition of marriage should be left to individual states.

The AJC paraphrased her about leaving it to the states, but Nunn later confirmed her stance to WVTM Columbus the following April, saying, “Marriage has traditionally been decided by the states, and I support that process. In addition to being a legal commitment, marriage is also a sacrament. I would oppose any proposal that required a church to act outside its beliefs. Personally, I believe that all Americans should have the opportunity to share in the commitment and responsibility that my husband and I have shared for the past 12 years.”

However, there wasn’t much talk about her opinion until she received the endorsement of national LGBT rights organization the Human Rights Campaign the following March. Then a leaked internal strategy memo in July indicated confusion about her marriage equality views, omitted any mention of states’ rights and showed how the campaign intended to use its stance on marriage equality and the HRC endorsement to raise $300,000 from the LGBT community.

Once state Sen. Jason Carter, who is going up against Gov. Nathan Deal this November, stated his support for marriage equality on the record on Aug. 6, that left Nunn the one remaining in the spotlight with questions to answer, yet she would not clarify her stance.

Nunn’s Republican opponent, David Perdue, wasn’t clear in a Feb. 16 interview with the Marietta Daily Journal about what he personally feels about marriage equality, but he said it should be left up to the states, drawing parallels between the two candidates.

“As a senator, I’ve got to uphold that, so I support that, whatever the law of the land is in Georgia,” he said. “As a U.S. senator, I’m not going to get involved in state decisions like this. It’s a constitutional amendment. If that changes, then I will support that with the population.”

On Sept. 2, gay law school student Charlie Stadtlander took an inactive Facebook group that had urged Mayor Kasim Reed to “evolve” on marriage equality (which he later did), and re-purposed it to question Nunn to clarify her views on marriage equality, employment non-discrimination and other LGBT issues.

“Nunn’s official position is that ‘the definition of marriage should be left to the states’ and she has refused to take an official position on employment non-discrimination or the full repeal of DOMA,” the group description stated. “Please help us tell Ms. Nunn that ‘states rights’ is no more acceptable for LGBT equality than it was for racial equality. If Michelle Nunn wants the support of the LGBT Community, she should join the other members of her party—around the nation and here in Georgia—and proudly stand in support of full LGBT Equality.”

This got the attention of the AJC on Sept. 3, which drew a response from Nunn spokesman Nathan Click, who made no mention of states’ rights.

“Michelle has said time and again that she believes that all Georgians should be allowed to share in marriage as she and her husband have done,” Click told the AJC. “She also believes that is not only a legal construct, but a sacrament, and every religious institution has to be able to define it for themselves. The reality is that Georgia voters have spoken on this issue—passing a constitutional ban on same sex marriage.”

“Michelle voted against it, but Georgia voters came to a different conclusion. Now it’s up to the courts to decide whether amendments like this are constitutional.” Click added. “In the Senate, Michelle would continue to stand for the equality of all Georgians. She would oppose any law that does not respect the right of all people to marry and would vote to repeal any discriminatory federal laws that have not yet been struck down by the court. There is a big difference between her and David Perdue on this issue.”

The GA Voice has been requesting an interview with Nunn to give her the opportunity to clarify her views on LGBT issues to the community since early this year. The GA Voice showed up at Nunn’s Midtown headquarters on Sept. 3 for an LGBT volunteer night to ask the volunteers a few questions and seek answers from her staff.

Nunn’s press secretary, Michael Tyler, did not allow the GA Voice access to the volunteers, who were phone banking in the next room, and he refused to answer any questions on the record. The GA Voice was also denied an introduction to Click, who was in the building at the time.

The Human Rights Campaign had strong words in defense of Nunn when asked about her stance on marriage equality and other issues, claiming she “supports our full equality.” HRC said she supports many progressive issues which Perdue opposes, warning, “If David Perdue gets elected, good luck even getting a meeting,” according to a statement from Stephen Peters, HRC’s national press secretary, to the GA Voice.

“Based on the statement Nunn’s campaign made [in the Sept. 3 AJC article] it’s clear she believes that there’s a constitutional right to marry and that she would vote to repeal any federal statute that would infringe on that right,” Peters continued. “Perdue does not share that perspective. While her statement is important and welcome, Nunn’s already strong positions on issues of great importance to LGBT Georgians made our endorsement a moral and political imperative.”

HRC refused to answer a question directed at its president Chad Griffin, asking his views on Nunn’s support of states’ rights since he was a leader in filing the lawsuit that ultimately led the U.S. Supreme Court to strike down Proposition 8, California’s constitutional amendment banning same-sex marriage in California.

Locally, Mayor Kasim Reed’s office gave a vote of confidence to Nunn and a plea to hold all candidates accountable.

“Mayor Reed believes that all candidates, both Republican and Democrat, should be held to the same standard—which is declaring marriage equality for all,” Mayor Reed’s director of communications Anne Torres wrote to the GA Voice. “Mayor Reed is confident that Michelle will continue to support marriage equality and fight for marriage as a fundamental right for everyone, regardless of sexual orientation.”

State Rep. Karla Drenner, a lesbian, sees both sides of the argument, but is clear in her opinion of the matter as well.