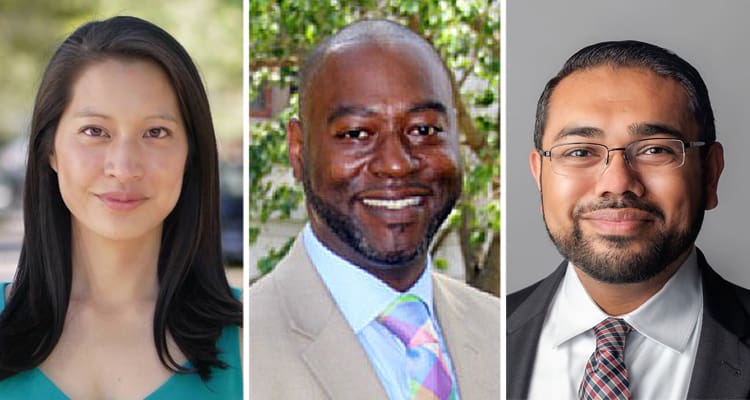 The next big election cycle isn’t supposed to happen until 2018, but Georgia is less than two months’ shy of several major statewide races to replace elected officials running for higher office.

In the state Senate, Vincent Fort (D-Atlanta) left to join the Atlanta mayoral race, and Hunter Hill (R-Atlanta) that of the governor. On the House of Representatives side, former state Reps. Stacey Abrams (D-Atlanta) and Stacey Evans (D-Smyrna) resigned their seats in the General Assembly to make runs for governor; Rep. Regina Quick (R-Athens) left after being appointed to a judgeship in the 10th Superior Court District; Rep. Geoff Duncan (R-Cumming) put his hat in the ring for lieutenant governor; and Rep. Chuck Williams (R-Watkinsville) was pulled to lead Georgia Forestry Commission.

Special elections for those seats will be held in November. Georgia Voice took a look to see who’s in the running for these districts.

Formerly represented by Duncan, the 26th District is most of northern and eastern Forsyth County. Only three candidates qualified for the race so far: Republicans Marc Morris and Tina Trent, the latter of whom is a political writer, and Democrat Steve Smith, a retail manager.

Evans has only one candidate up for her seat, which covers parts of Smyrna and Marietta. Teri Anulewicz, a Democrat from Smyrna, is a consultant who aims to win the spot of the gubernatorial hopeful.

Abrams, the former House Minority Leader, has four Democrats hoping to pick up where she left off in leading her Atlanta-based district. Bee Nguyen is a nonprofit director, and David Abbott, Monique Keane (an Emory grad with a platform that includes criminal justice reform, senior programs and housing, education, small business and economic development) and Sachin Varghese are attorneys. Nguyen is also the former chief-of-staff for openly gay state House Rep. Sam Park (D-Lawrenceville), and she served as his campaign manager during the 2016 election cycle. Both she and Varghese specifically cite standing for equality as an issue of note in their platforms.

It’s a battle between just two candidates to fill Quick’s spot and represent parts of Clarke, Jackson, Barrow and Oconee counties. Deborah Gonzalez, a Democrat, is an attorney, and Republican Houston Gaines is a public relations consultant.

Just down the road from Quick’s district is that of Williams, which covers a third of Clarke and the remainder of Oconee County. Four hopefuls declared their desire to take over this seat: Republicans Lawton Lord, a funeral director, project manager Marcus Wiedower and Steven Strickland, director of business development and alliances; and Democrat Jonathan Wallace, a software development manager.

Hill’s district, which incorporates parts of Sandy Springs, Atlanta, Vinings, Smyrna, Oakdale, Fair Oaks and Dobbins, has a packed race. On the Republican side, real estate agent Charlie Fiveash, attorneys Leah Aldridge and Matt Bentley, businessman and consultant Leo Smith and Kathy Eichenblatt, the chief operating officer for Smart Door & Delivery, all have their hats in the ring. Democrats in the race are dentist Dr. Jaha Howard, attorney Jen Jordan and Taos Wynn, a nonprofit president and marketing consultant. Jordan, according to her campaign website, was the one to bring a 2015 lawsuit against the Secretary of State’s office after discovering a data breach that affected millions of Georgians.

Though this November is reserved for special and local elections, including the races for Atlanta mayor, Atlanta School Board and Fulton County Commission, voters may want to start keeping an eye on upcoming races.

Lt. Gov. Casey Cagle, Sec. of State Brian Kemp and state Sen. Michael Williams (R-Cumming) all entered the governor’s race, but did not resign their existing elected spots. All three signed pledges over the summer saying if elected, and if a “religious freedom” bill similar to 2016’s House Bill 757 crosses their desks, they will sign it. This was a change for Cagle, who over the 2017 legislative session said these policies were not a priority anymore.

Also in the governor’s race are Clay Tippins, a Republican businessman, and Libertarian Doug Craig, former chair of the Georgia Libertarian Party.

State Sen. Josh McKoon (R-Columbus), notable in the LGBT community for leading the fight to pass those so-called “religious freedom” bills over the past several legislative sessions, announced in January he won’t run for re-election in 2018. He plans to run for Kemp’s office, but has not left his Senate seat.

And on Sept. 18, lesbian state Rep. Keisha Waites (D-Atlanta) announced she’s resigning her House seat to run for Fulton County Commission chair. It is not clear when the special election to fill her District 60 seat will be held.

For maps to see if these are elections you’re eligible to vote in, please click the number of each district.