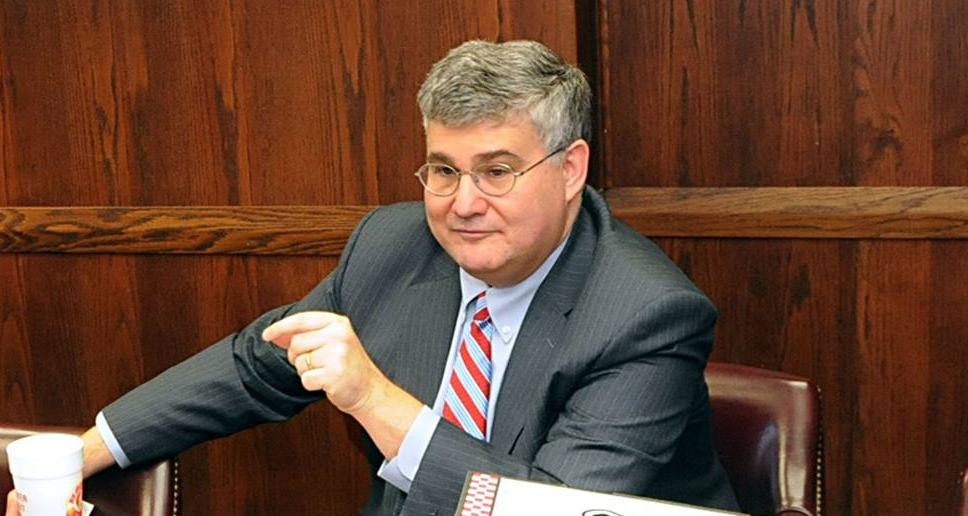 As you may have heard, state Sen. Greg Kirk (R-Americus) is planning on introducing a state version of the First Amendment Defense Act, a proposed federal measure that would protect businesses and public employees who object to same-sex marriage on religious grounds.

Kirk’s version of the bill would offer protections to county employees in Georgia who issue marriage licenses, i.e. it’s a Kim Davis bill. The AJC’s Jim Galloway got more specifics from Kirk on Monday night’s episode of GPB’s “The Lawmakers.”

Kirk emphasized that licenses to same-sex couples would be issued in the end. If one clerk refused, then another would do the issuing. If all clerks refused, then under his bill, the county probate judge would be obliged to perform the task.

We pressed Kirk on whether or how other public employees might be covered – a state revenue bureaucrat who processes joint tax returns, for instance. But the senator from Americus declined to get more specific.

Galloway then asked Senate President pro tem David Shafer (R-Duluth) for his thoughts on the bill on Tuesday.

So Shafer doesn’t back a bill that would protect the Georgia version of a Kim Davis, but that doesn’t mean he’s against other possible components of such legislation.

“My concern is not with public employees, but with non-profit organizations — schools and adoption agencies whose sponsoring churches hold to the traditional view of marriage,” he said. “I do not want to see them shut down or their good work criminalized.”

And speaking of McKoon, he’s considering a run for Congress following last week’s surprise announcement that U.S. Rep. Lynn Westmoreland would be retiring, leaving a vacant seat in Georgia’s Third District, where McKoon resides. He has a slight lead in a Monday poll of Republican primary voters on potential candidates for the seat.

The tricky part? The qualifying deadline is March 11, when the General Assembly will likely still be in session. The Republican primary is coming up on May 24.

“You can’t dilly-dally around,” McKoon told the Columbus Ledger-Enquirer.