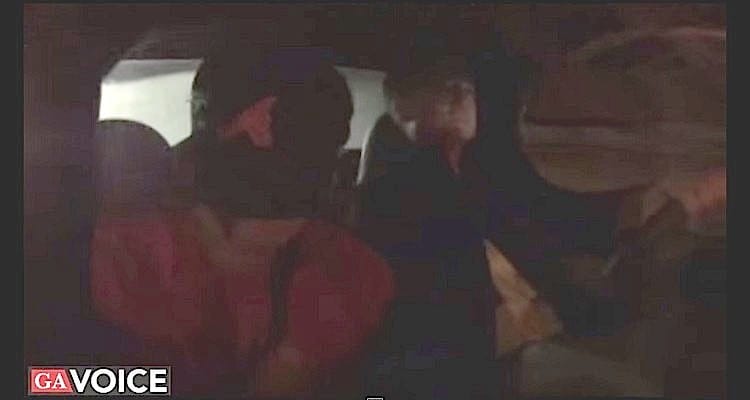 The partner of the victim in the violent anti-gay hate crime that occurred in Midtown Atlanta in March has come forward. Bryan Long, who had previously requested anonymity, is the executive director of the progressive political advocacy organization Better Georgia and can be seen getting in-between his partner and the suspect in video footage of the incident. He released a statement exclusively to the GA Voice earlier today.

“Ten months ago, my partner and I were victims of a violent assault while walking in Midtown Atlanta.

We filmed a video of the two suspects in their vehicle and immediately called 911. In the days and weeks after the assault we worked actively with the Atlanta Police Department to provide them with information — including the suspects’ license plate number — that we thought would be valuable to their investigation and assist in apprehending the attacker.

We are thankful for recent media coverage that has raised the profile of this case and alerted the public to the fact that this case is still unsolved despite the fact that Atlanta Police has talked to the driver of the car.

I firmly believe that the criminal justice system can and should do more to resolve this case. I have no doubt that the driver of the car knows the name of his passenger and can help the police bring this case to a close and achieve justice for me and my partner.

We are hopeful that the GA Voice continues to investigate why the police department has failed to bring the assailant and his co-conspirator to justice.”

Long, a former reporter for CNN, the Atlanta Journal-Constitution and the Atlanta Business Chronicle, founded the Athens-based Better Georgia in 2011 as a progressive response to the state’s conservative political leaders. He is also on AID Atlanta’s board of directors.

Long’s statement follows an investigation into hate crimes committed against Georgia’s LGBT community. There were 12 committed in 2014, with the crimes ranging from assault, to making terroristic threats to armed robbery and more. Only one arrest has been made in the 12 cases, and the Atlanta Police Department’s LGBT liaision unit was notified in only half of the incidents.

APD spokespeople have since announced they are updating the department’s Standard Operating Procedure for the LGBT liaision unit so that the unit is notified immediately in all such cases.

Long and his partner, who prefers to remain anonymous, were holding hands at the intersection of 11th Street and Juniper Street on the evening of March 7, 2014 when an unknown suspect jumped out of a car, yelled homophobic slurs at them and punched the partner in the back of the head, pushing him into the street and into oncoming traffic.

Atlanta police tell the GA Voice they have identified the driver, thanks to cell phone video the couple took after the incident, but that he claims not to know the suspect who was riding in his car. This claim has drawn widespread skepticism from the community.

Atlanta police have refused to comment on any specific questions regarding the case, saying the investigation remains open.

“The suspect has not been identified at this time,” APD spokeswoman Elizabeth Espy has said. “We do not know with certainty that the parties knew each other or had just met. We ask that anyone with information to please call CRIME STOPPERS Atlanta. 404-577-TIPS.”