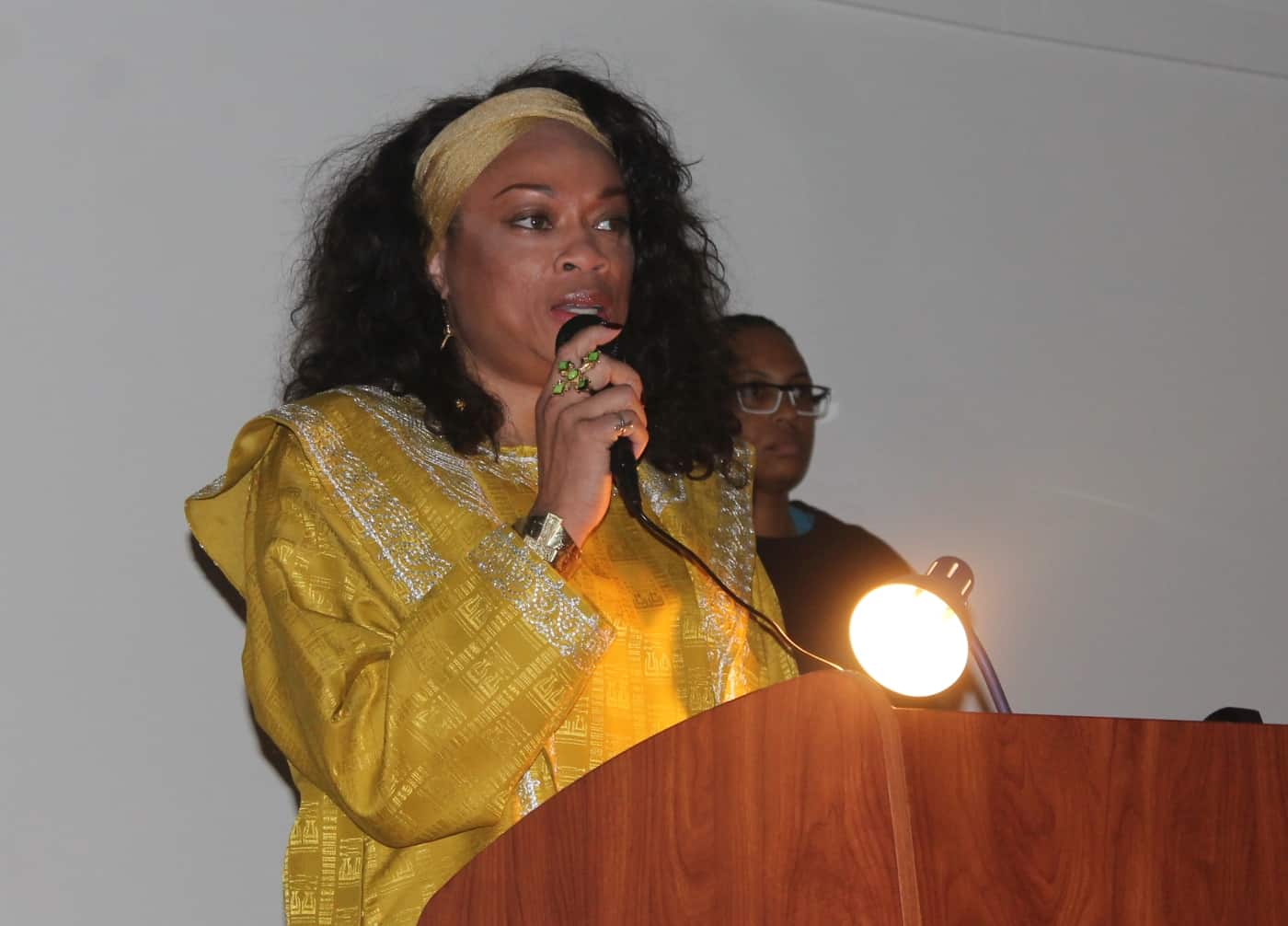 The Atlanta Citizen Review Board is designed to be “a credible, independent forum where complaints and accusations” of misconduct among police and corrections officers can be assessed. It was originally started to help increase confidence and trust in law enforcement, and its members represent local populations and various neighborhoods of the city. But in the capital city of the state that holds the fourth largest transgender population in the country, the Atlanta Citizen Review Board hasn’t had a transgender member – until now.

In August, Atlanta Mayor Kasim Reed announced his appointment of longtime trans activist Tracee McDaniel. In a prepared statement, the mayor said, “As a life-long advocate for the transgender community, Ms. McDaniel will bring an important perspective and a lifetime of experience to this role. It is always essential to have minority voices in the room, and our LGBTQ community has a tremendous stake in positive police-community relations. I am confident Tracee McDaniel will serve Atlanta with excellence and dedication.”

McDaniel was confirmed unanimously by the ACRB in October after roughly two months of background checks and committee hearings, but her path toward activism had begun long before then.

A child of the civil rights movement, Tracee McDaniel believes that she was a “born activist.” After a long career in the entertainment industry, she heeded an internal call to get involved with equality agencies and grassroots organizations fighting against the discrimination transgender people faced in Atlanta’s homeless shelters. “I was disgusted by the fact that trans people were being denied access.”

An October 2015 report of the National Transgender Discrimination Survey found that at least 41 percent of all black trans people had been homeless at some point in their lifetime. Atlanta didn’t include gender identity or expression in its non-discrimination ordinance until the year 2000.

McDaniel founded the Juxtaposed Center for Transformation, an anchoring organization of the Trans Housing Atlanta Program, and has dedicated much of her activist life to helping the homeless trans community.

Atlanta City Council Member Alex Wan (District 6) was by McDaniel’s side for many of those battles. “She and I go way back, having worked together in the trenches fighting for LGBT rights. I have seen first-hand her knowledge base and tenacity, but, more importantly, her compassion and patience,” he told the Georgia Voice. On a personal level, he added, “I am thrilled with Tracee’s appointment.”

McDaniel’s activism has always been deeply personal. Her intentions through those early years, she said, were to “disabuse those under the impression that we’re all lawbreaking Jerry Springer stereotypes. I also wanted to illuminate our humanity and the contributions we’ve made to the community, since the beginning of written history.”

Wan echoes McDaniel’s call for education and learning about the importance of the trans community to Atlanta, and the delicate nuances public safety officers need to take into account when interacting with them. “Tracee’s appointment to the Atlanta Citizen Review Board adds an important LGBT voice and perspective in reviewing complaints against the Atlanta Police Department.”

Atlanta’s Police Department currently has two openly LGBT officers who serve as LGBT liaisons (neither are trans) and, in the past, had an LGBT Advisory Group serve as council and to establish communication between the department and the LGBT community, but its role was advisory and was not intended to engage in a review of complaints against officers. Adding to her credentials, McDaniel was previously a member of that review board.

From the outside looking in it seems as though McDaniel’s progression from grassroots activist to Citizen Review Board member was inevitable. She certainly doesn’t think so. “Honestly speaking, I had no idea that I’d end up in such an amazing position to continue advocating for human rights and justice for all community members.”

For many, McDaniel’s appointment couldn’t have come at a more opportune time. Violence against trans women of color are at epidemic levels. The Solutions Not Punishment Coalition’s recent report, “The Most Dangerous Thing Out Here Is The Police,” revealed shocking statistics about the relationship between APD and trans people of color. 1 in 12 “of the trans women surveyed had been forced to engage in sexual activity or experienced various forms of unwanted sexual contact from an APD officer in the last year.” The report also found that “when it comes to trans people … Atlanta police are much more likely to harass than to protect us.“

Alex Wan understands the challenges the ACRB, the APD, and the LGBT community all face, but he’s optimistic: “Given the nation’s disproportionate instances of negative interactions between public safety officers and trans women of color, Tracee’s appointment demonstrates the city of Atlanta’s commitment to addressing – and ultimately preventing – any such instances that take place in our community. I applaud Mayor Reed and my colleagues on City Council for taking this significant step.”

McDaniel looks forward to being able to tackle these problems and more as the only transgender member of the Citizen Review Board. “I strongly believe that I bring value to the ACRB. I am hopeful that having representation at the table will encourage those with complaints against law enforcement and corrections officers to come forward and express their voices. For far too long trans people were afraid to come forth to file complaints, due to fear of retaliation. I hope that my presence will reassure all community members that it’s okay to come forward and speak out against injustice and violence, because I am there to represent them.”