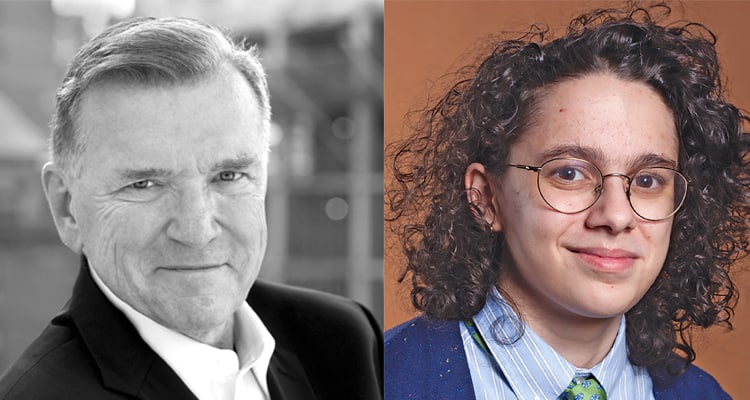 The nation’s largest scholarship-granting organization for LGBTQ students continues to expand its footprint in Atlanta, and as part of that, it is bringing in famed civil rights activist David Mixner for a one-night-only benefit performance of his critically acclaimed “Oh Hell No!” on Oct. 29 at the Woodruff Arts Center.

The Point Foundation was founded in 2001 and provides not only scholarship money, but also mentorship, leadership development and community service training for LGBTQ students of promise.

Atlanta financial planner Louis Gary is a Point Foundation board member who helped form a local program for the group two years ago. His involvement stemmed from his and his longtime partner’s approach into semi-retirement and the battles yet to be fought after the U.S. Supreme Court struck down same-sex marriage bans nationwide in June.

“When we are at this point in our development in equality, some of us need to put down the signs and the torches and pass them along to a highly educated group of individuals that are going to take those charges and move forward,” Gary tells Georgia Voice.

Mixner wanted to be part of passing that torch, having logged 50 years as a civil rights and anti-war activist. Newsweek once called him “the most powerful gay man in America.” His performance of “Oh Hell No!” will be an evening of storytelling from a life in activism.

“I’ve always believed that if we believe we have no history, then we really feel like we come out of nothing. And far from not having a history, we have one of the most extraordinary histories of any community around,” Mixner says. “Unfortunately, most of our storytellers died of AIDS. Most of our mentors died of AIDS. So I’m trying to reawaken an interest in those stories, I’m trying to raise money for scholarships and also to make sure that those who are not here are not forgotten.”

Dani Planer is one such student who is benefiting from being named a 2015 Point Scholar. Planer, who identifies as transmasculine and prefers they/them/their pronouns, is a graduate of Atlanta’s The Galloway School and an advocate for transgender rights. Among other things, they helped designate an all-gender restroom option at the school, raised awareness about nonbinary and transgender issues within the academic community and led solidarity campaigns.

Planer has combined their passion for social justice with an artistic side, using writing, poetry and critical essays to advocate for transgender rights. They did not expect to make it far when they first applied for the Point Foundation scholarship. But despite their concerns after submitting personal essays that they felt pushed things too far, Planer kept passing through to further rounds in the process.

“It was this feeling of being like, people are really getting what I am trying to say even though I didn’t think it would make much sense to anyone but me,” says Planer, who started their freshman year at Mount Holyoke College in Massachusetts this fall.

“I felt really privileged and really shocked. I was just really excited to know that I’m going to interact with people I met [through the Point Foundation] and have a mentor when I go to college. I would have this whole community before I even get there, which is a really great feeling.”

Mixner came up with the idea for “Oh Hell No!” after falling critically ill a year and a half ago. Doctors gave him an 8 percent chance of getting out of the hospital.

“I realized that I had many stories that I hadn’t shared with the next generation about our struggle, especially from 1976 when I came out to 1996 with DOMA and I thought it was very important to, in an entertaining way, present the information so that they would understand that they came out of something extraordinary,” he says.

But while he was more than accustomed to giving speeches, putting on a performance like this was an entirely different endeavor.

“It’s a huge change of pace and I was scared shitless,” he says. “But the cast and I met beforehand and said, ‘You know what? If it works, it works, but if it doesn’t, we’ve raised the money.”

It worked. Shows sold out in New York and L.A. and they received rave reviews. Mixner will be joined by lesbian country singer Chely Wright and Broadway performer Chris Bolan (“Mamma Mia”) at the Atlanta show, and will follow that up with another performance in Chicago next month.

The Point Foundation By The Numbers

2000
Applicants who applied for the 2015 scholarship

36
Scholarship recipients chosen out of that group