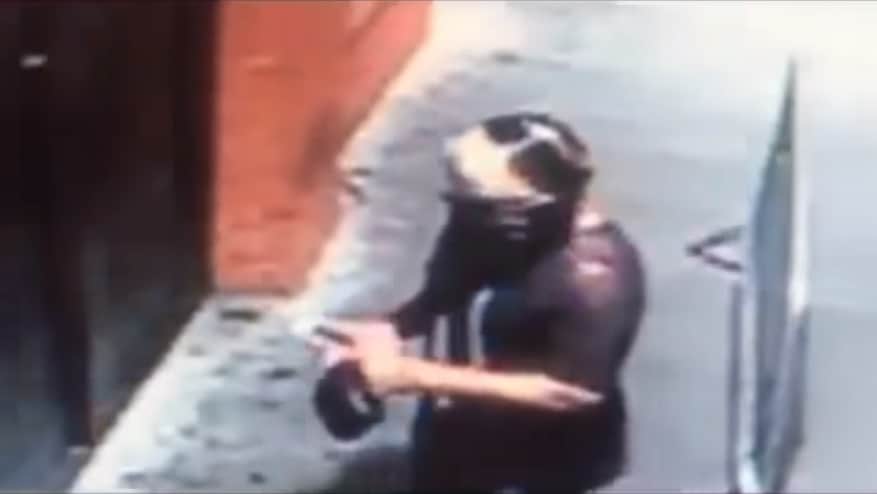 One video shows Dangerfield entering the 50 Yard Line sports bar in College Park just after 1 a.m. on July 31. Police say she was meeting a friend for drinks. A second video shows her leaving, alone, just after 3 a.m. She was found murdered in her car around 4:30 a.m. five miles away at the South Hampton Estates apartment complex in College Park.

Police tell Georgia Voice they continue to seek a motive in the murder and have not ruled out that it had to do with Dangerfield’s gender identity. They are asking anyone with information about the murder to call Crime Stoppers at 404-577-TIPS (404-577-8477).

See video of Dangerfield entering the bar below:

And her exiting the bar two hours later:

Dangerfield is the 16th known transgender person murdered so far in the US this year, the vast majority of which were transwomen of color, as Dangerfield was.

In addition, the Dangerfield family launched a GoFundMe account to raise money for their loved one’s funeral expenses and burial.

“The Dangerfield family would like to thank everyone who has expressed their condolences — and blessed us with their prayers during this extremely difficult time. Our family never thought we would have to bury our loved one — unexpectedly,” the fundraising page reads. “We want you to know your love and support has meant everything to our family. We also want you to know that Tee Tee was a prideful transgendered woman and happily supported her community. … For all those who [are] a part of the LGBT community, in transition, scared of people’s perceptions, know that Tee Tee would say — ‘Be fabulous, honey!’”