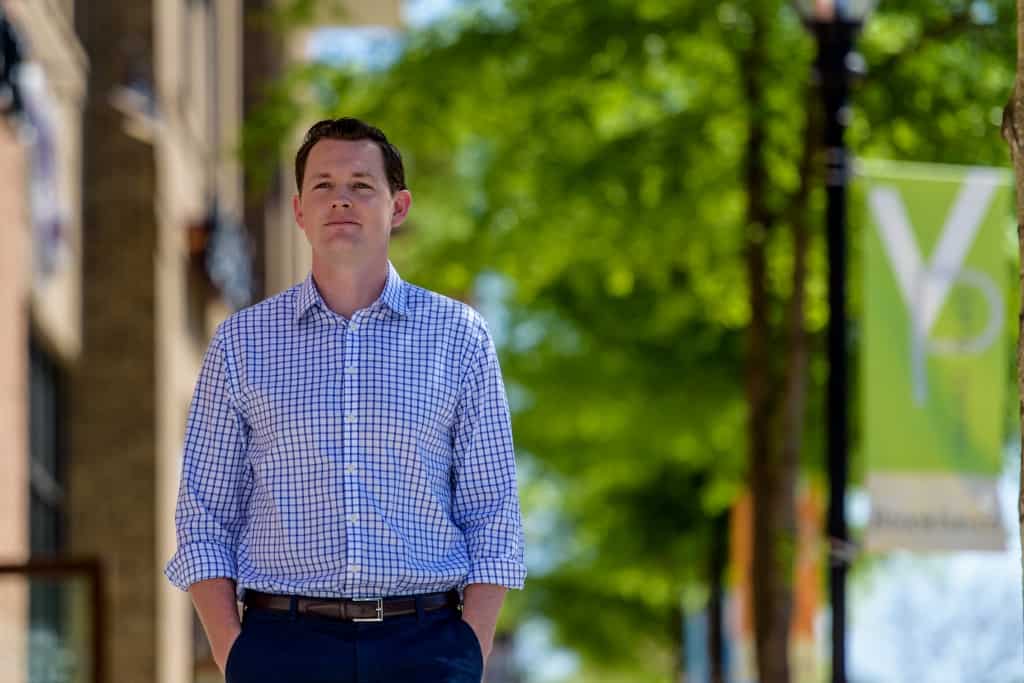 Heads didn’t so much turn as snap when the results came back in the July 14 race for House District 80, and sitting on top was Taylor Bennett, the 29-year-old former Georgia Tech quarterback who is now a labor and employment lawyer.

Bennett, a Democrat in his first run for office, bested three Republicans and will have a tough fight on his hands when he faces former Brookhaven mayor J. Max Davis in an August 11 runoff.

Should he prevail, he plans on fighting something that’s caused an uproar in each of the last two legislative sessions—state Sen. Josh McKoon’s (R-Columbus) so-called “religious freedom” bill, which many believe will lead to more anti-LGBT discrimination.

Bennett has made the issue the centerpiece of his campaign, and not just because he’s an employment lawyer who has represented people fired for their sexual orientation or gender identity—both his mother and sister are gay.

“As a labor and employment attorney and obviously my personal connection to the issue, watching the Georgia legislature literally try to figure out ways to discriminate, especially to the LGBT community, I didn’t want to sit by and just watch this unfold in front of me,” Bennett tells Georgia Voice. “I’m thinking, is my mom going to be able to come to Georgia and have lunch with her son and have to face discrimination to come see me? That was something that got at me pretty deep.”

The House District 80 seat carries with it some history as it relates to the Religious Freedom Restoration Act (RFRA) fight. State Rep. Mike Jacobs (R-Brookhaven), who held the seat until being appointed by Governor Nathan Deal as a judge on the DeKalb County State Court earlier this year, amended the bill in this year’s session to add an anti-discrimination clause. The amendment effectively killed the bill, but McKoon has vowed to propose it again in 2016.

“We need to ensure that the next representative from HD 80 is equally committed to fighting discrimination, especially as it relates to the LGBT community. Taylor Bennett is that person,” says Jeff Graham, executive director of Georgia Equality, who endorsed Bennett. “His mother is a lesbian and he understands firsthand the struggles of the LGBT community here in Georgia.”

Bennett also confirmed his support for a hate crimes law and an anti-discrimination bill that would cover employment, housing and public accommodations.

“This is a time for me to step up and be a voice for this and go fight for something that you know is right,” he says. “And you have to start somewhere, so that’s where we are.”