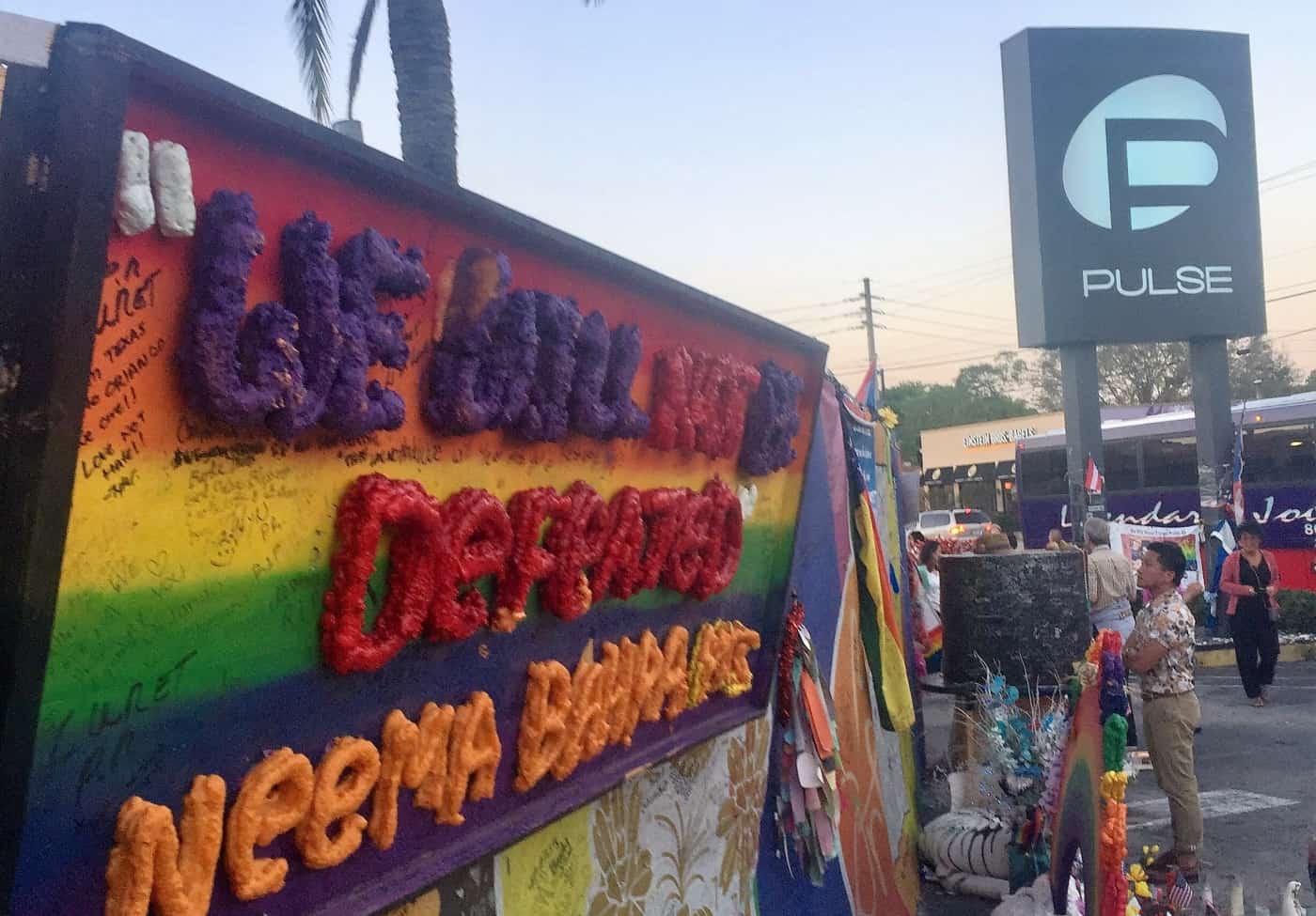 Atlanta, like cities across the world, was deeply affected by last June’s shooting at Orlando LGBT nightclub Pulse that left 49 dead. Many in the community gathered at vigils across the city, first in the Ansley Square parking lot and the intersection of 10th and Piedmont the day of the shooting, and later at vigils at the Center for Civil and Human Rights and Ebenezer Baptist Church.

The city will come together again as the first anniversary of the June 12 shooting rolls around, and a number of different events will take place.

First up on Thursday, June 8 is a panel discussion with members of the Orlando community followed by performances by the Atlanta Gay Men’s Chorus (AGMC) and Atlanta Women’s Chorus (AWC). Forever Strong: Orlando’s Journey in Their Own Words will take place at Woodruff Arts Center’s Rich Theater.

“We are privileged to be able commemorate the anniversary of this horrific event by focusing on the good that can come from a community when it joins together in acceptance, love and equality,” said Voices of Note Interim Executive Director Eve Campbell in a press release. “We believe the best way to honor the forty-nine lives lost on that day is to spread the message that love always wins, a message that is still needed today more than ever.”

Forever Strong is a free ticketed event, and those interested are urged to visit voicesofnote.org to secure a seat.

“We look forward to bringing Forever Strong to our community,” said Campbell. “We welcome our diverse community to join us as we honor the lives lost and unite as a city in acceptance, love and equality.”

Saturday, June 10 brings an art show and fundraiser put on by local Latinx art collective Somos Sur at Eyedrum Art & Music Gallery in Downtown Atlanta. The groundwork for the event was laid soon after the shooting, when event organizers and Atlanta residents Josephine Figueroa and her cousin Kenneth started having more conversations about creating safe spaces for Latinx and queer people.

“I feel like when everything was coming out and people were talking about [the shooting], a lot of people were failing to mention that this was an attack on the queer Latinx community,” Josephine Figueroa told Georgia Voice. “For it to be so close to home – queer and Latinx – that’s really intense.”

They knew the anniversary was coming, and with it would come vigils, but that’s not how they wanted to approach the commemoration.

“Personally, I feel like when it comes to marginalized communities, we’re looked at in a sort of pitying way, and I didn’t want this fundraiser to be a vigil with mourning, but rather a celebration of the community that has been built in honor of the lives lost, because to me the only way to have a flourishing community is with love,” Figueroa said.

So, the event will include readings and a showcase of art by several local LGBT Latinx artists, plus music from queer Atlanta Latinx-led band Bitter and DJ Esme. The event is free, but a $5 donation is suggested, with proceeds going to queer liberation group Southerners On New Ground.

The festivities shift to East Atlanta gay bar Mary’s for an after-party and fundraiser for Positive Impact Health Centers.

‘It could have been any of us’

The enormity and significance of the Pulse shooting was not lost on Beth Larocca-Pitts, pastor at Saint Mark United Methodist Church in Midtown Atlanta.

“I think this is one of those things that will continue to resonate for a long time. The fact that the largest mass shooting in America happened at a gay nightclub, it happened in a community in Orlando that had found safety and community there,” she told Georgia Voice.

So when civic religious organization Faith In Public Life and anti-gun violence faith group Outcry Georgia approached her about holding a vigil at Saint Mark on the anniversary, she was quickly on board.

“It just seems really close to home for a lot of our congregation,” she said. “It’s one of those things that makes you stop and think that it was Orlando, but it could have been any of us.”

Along with Larocca-Pitts, speakers include Rev. Claudia Aguilar Rubalcava of Virginia-Highland Church, Rabbi Joshua Lesser of Congregation Bet Haverim and Rev. Caroline Magee of St Bede’s Episcopal Church. A bell will also be rung 49 times for each of the victims of the shooting.

In a similar vein, the One Orlando Alliance, a coalition of LGBT organizations in Central Florida, is asking congregations and religious leaders around the world – including Pope Francis – to take part in the 49 Bells commemoration. All participating churches will ring their bells 49 times at noon on the anniversary of the shooting. Faith communities who worship in a building without a bell can participate in the project by posting the number 49 on their outdoor signage.

“Bells are sacred. We toll them for death and we ring them for celebration,” said Maria Wright, mother of Pulse victim Jerry Wright, in a press release. “Many faith traditions use bells as they resound within our innermost being.”

Mayra Alvear, mother of Pulse victim Amanda Alvear, added, “As parents, we don’t want our children to be forgotten, and most importantly, we would love the support of spreading love, not hate, as a message for humankind.”

The One Orlando Alliance said only one church from Georgia has signed up for the 49 Bells commemoration – Unitarian Universalist Church of Augusta. Congregations wishing to join can go to www.oneorlandoalliance.org/49-bells for more information.