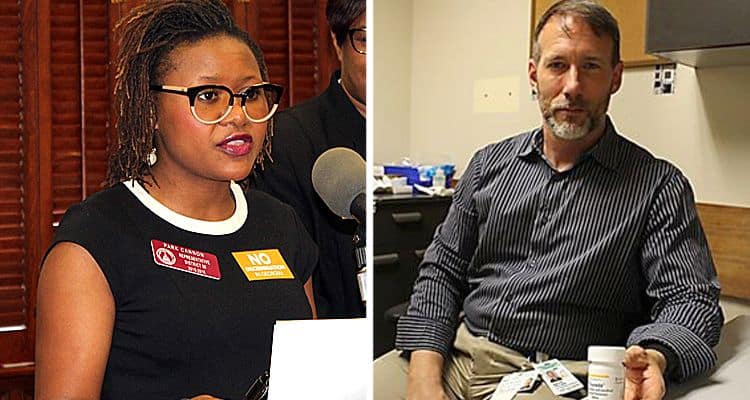 Georgia could launch a three-year statewide pilot program to distribute free pre-exposure HIV prophylaxis — or PrEP — to men and women at high risk for infection before 2021, under legislation working its way through the state House.

If passed, House Bill 755 would make Georgia one of just a handful of states that set aside resources to help put Truvada into the hands of the many uninsured and under-insured men and women hit hardest by the virus. States with similar efforts include New York, Florida and Washington state.

Georgia’s proposal, spearheaded by queer state Rep. Park Cannon (D-Atlanta) authorizes state health officials to create and manage a program working with community stakeholders. They are to report on the effectiveness of the program by Dec. 31, 2021.

How much the program would cost the state and how people would enroll are pending.

Though the legislation is still in its very early stages, HIV advocates believe it’s a huge step for Georgia, which is second in the country only to Washington, D.C. for new HIV diagnoses.

“Our overall goal is to create more of an environment in Georgia where, policy-wise and legislative, [it] is more conducive to ending the epidemic,” said Devin Barrington-Ward, senior policy advisor for the National Black Leadership Commission on AIDS, which partnered with Cannon to help shape the legislation.

Barrington-Ward explained the New York advocacy group has spent three years inviting Georgia lawmakers and community stakeholders to roundtables geared first at educating and breaking down myths surrounding HIV. One of the biggest misconceptions: that HIV isn’t that big of a threat anymore.

“Media attention has definitely shifted,” he said, comparing it to coverage during the early years of the HIV epidemic. “Lawmakers stopped talking about HIV as much.”

Southern states made up more than half of new HIV diagnoses in 2016, according to the Centers for Disease Control and Prevention. Georgia is a national leader, with an estimated 31.8 diagnoses per 100,000 people in 2016, the agency reported.

Among the most impacted, say officials, are gays, blacks and the poor.

Truvada could help. The drug works by preventing the virus from establishing an infection and has been shown to reduce the risk of HIV infection by up to 92 percent.

But makers say it requires daily use and frequent doctor visits — expenses that can put it out of reach to many of the communities that need it most, according to Dr. David Holland, chief clinical officer at the Fulton County Board of Health. The clinic, one of just a handful serving the uninsured in the state, has started over 250 people on PrEP since 2016.

The medication is vital in helping people have safer sex, said Holland, explaining many people have an easier time popping a daily pill than making decisions about sexual health in the heat of an intimate encounter. But the highest risk people have to be able to get the medicine in the first place.

“The problem is there are not very many places around offering PrEP to people without insurance, so we have people coming from as far away as Gainesville and Savannah,” he said, adding that getting more clinics serving that population can go a long way toward making a dent in the epidemic. “This legislation is a good start,” he said.

‘In my opinion, it’s common sense’

“Sometimes I know I can play risky, so it’s like well, I want to at least still have some type of protection,” he said.

His regimen includes visits to the doctor every few months for blood work, STD screening and other labs designed to make sure he remains HIV negative and that the drug isn’t having negative effects on his vital organs.

Though he’s insured, his treatment is still costly.

“All the tests you have to take and all the bloodwork from seeing your doctor, it’s going to add up very fast,” he said.

Regardless, he said the protection is worth it and hoped the new bill could extend the safety net even further.

Georgia’s bill would authorize state health officials to work with Gilead, makers of Truvada, to supplement the pharmaceutical company’s existing medication assistance program with wraparound services such as lab work and other medical add-ons.

HB 755 has yet to go before committee.

“It’s our belief that black people have to be involved in issues that are impacting black people disproportionately,” he said.