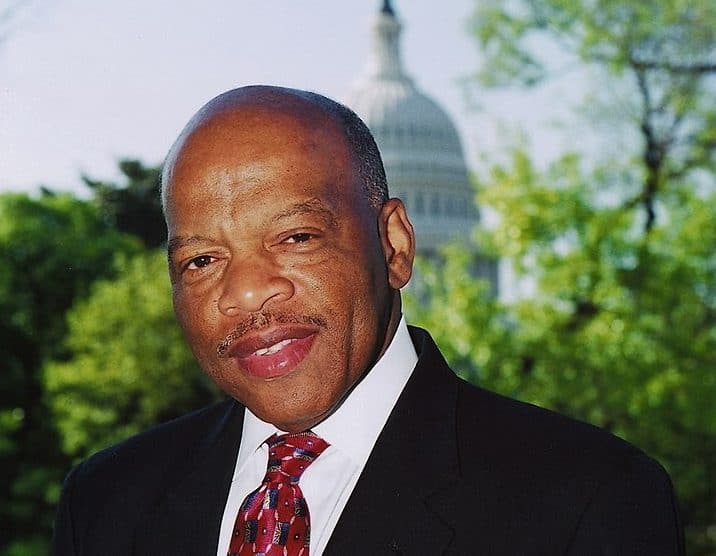 Rep. John Lewis (D-GA) reintroduced the Every Child Deserves a Family Act into the House of Representatives yesterday (June 4), which would eliminate discrimination in foster care based on sexual orientation or gender identity.

If passed, the act would improve services to LGBTQ and religious minority children by prohibiting adoption, foster care, and child welfare agencies that are funded by taxes from discriminating against LGBTQ children and families.

“There are over 123,000 children in our foster care system, 13,873 in Georgia alone, who are currently waiting to be adopted; less than half of these children will find their forever families in the next year,” Georgia Equality said in an emailed statement. “Discriminatory practices in the ten states that allow foster care and adoption agencies to turn away qualified parents because of their sex, sexual orientation, gender identity, religion or marital status deny foster children the loving foster and adoptive homes they need and deserve. Passage of the Every Child Deserves a Family Act will end this discrimination and open more homes to children.”

The act would also prohibit discrimination based on sex, religion, and marital status and ban conversion therapy.

“The right to believe as we choose, without fear of discrimination, is among our first freedoms and must be zealously protected,” Georgia Equality said. “Prospective foster and adoptive parents retain their religious freedom when they seek to open their homes to children in need. By ensuring that prospective parents are not disqualified because of whether or how they worship, the Every Child Deserves a Family Act preserves the founding principle of freedom of belief, particularly for members of minority faiths. We celebrate this legislation which protects religious freedom of countless prospective foster and adoptive parents and youth in care.”

The reintroduction of this bill comes after Axios reported that President Donald Trump planned to allow adoption agencies to reject same-sex couples on the grounds of “religious freedom” in May.

According to a study by the Public Religion Research Institute (PRRI), public opinion seems to side with Rep. Lewis and not President Trump. PRRI found that 68 percent of the public oppose allowing federally funded agencies from refusing gay or lesbian couples, while only 28 percent favor it.

A companion bill is set to be introduced into the Senate sometime soon by New York Senator and Democratic Presidential candidate Kirsten Gillibrand.