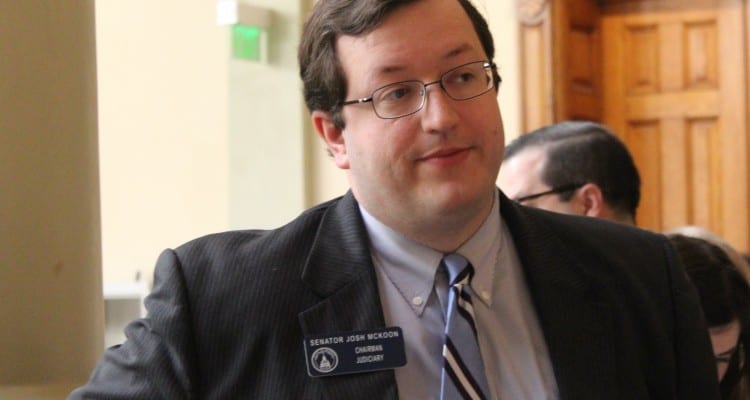 Take this for what it’s worth because anything—and we mean anything—can happen before the end of the legislative session Thursday night at midnight, but it appears state Sen. Josh McKoon (R-Columbus) has given up on passing SB 129, his controversial so-called “religious freedom” bill.

“I do not expect further developments,” McKoon told Insider Advantage in an email Wednesday afternoon.

McKoon also said he thinks his bill got caught up in passage of the transportation bill, saying, “I believe Democrats received assurances that if they supported HB 170 that RFRA would be tabled for the year.”

But Insider Advantage warned that Rep. Sam Teasley could resurrect HB 218, his version of the “religious freedom” bill, and attempt to attach it to another piece of legislation before the session is over.