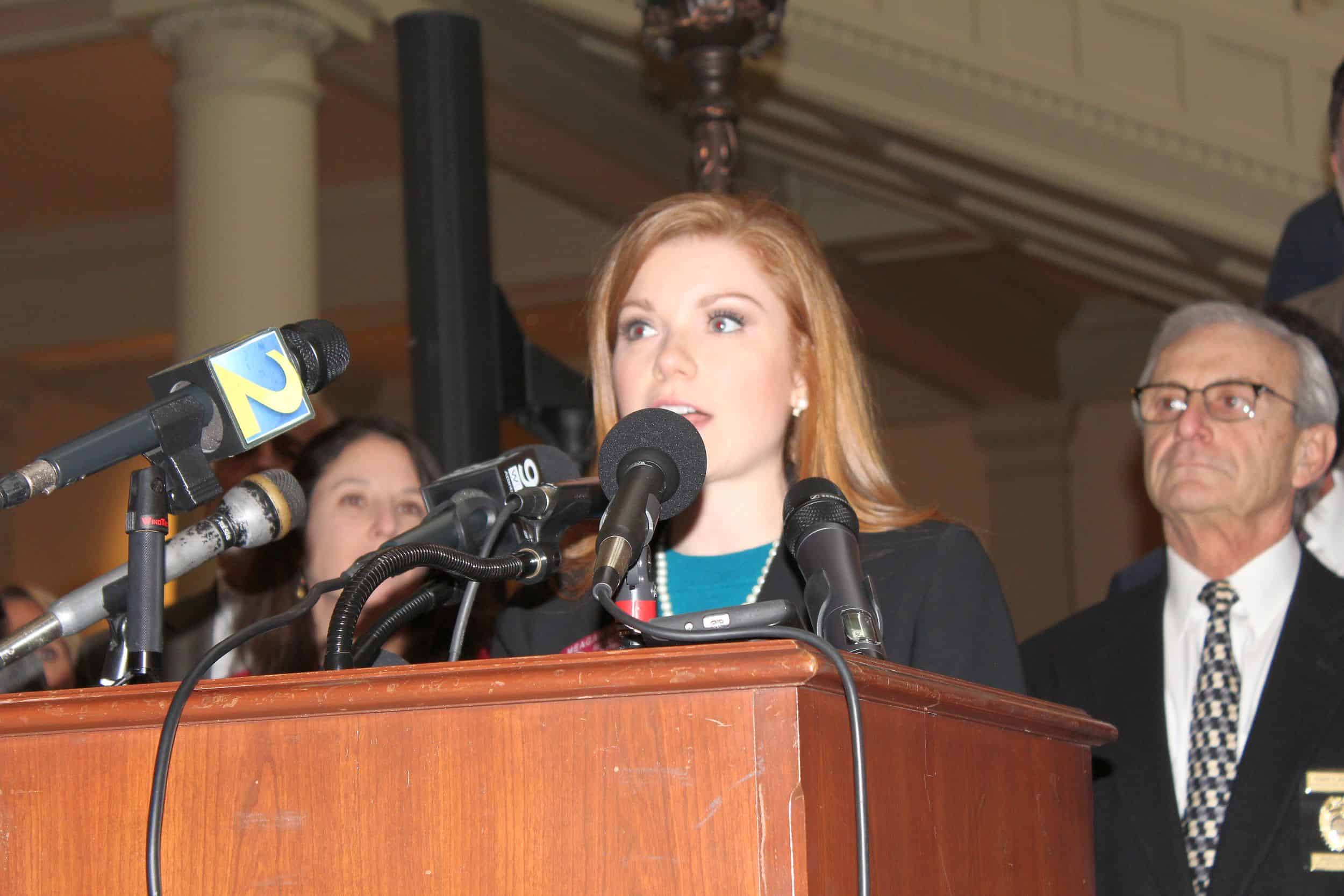 The state of Georgia took a big step in catching up to 45 other states and the District of Columbia on Wednesday morning as a Republican state representative announced plans to file a hate crimes bill with the backing of a key Republican leader and significant players in the law enforcement community. State Rep. Meagan Hanson (R-Brookhaven) announced her intentions in a Wednesday morning press conference at the state Capitol, marking the first time that a hate crimes bill was introduced by Republicans in the Legislature. 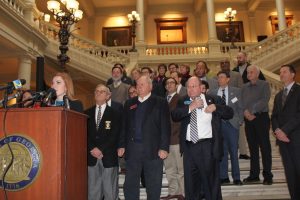 Hanson said the legislation’s goals would be two-pronged: to “appropriately and proportionately” dole out punishment to offenders, and to provide training and guidance to police officers across the state to assist them in investigating such crimes in hopes of addressing the issue of underreporting. When asked for details on the yet-to-be-introduced bill, Hanson told Georgia Voice that it would mirror the federal Matthew Shepard and James Byrd Jr. Hate Crime Prevention Act signed into law in 2009, which covers crimes committed against someone because of their actual or perceived race, color, religion, national origin, disability, sexual orientation or gender identity.

Hanson said she has been working to gain bipartisan support for the bill and would have a better opportunity to do so when the legislative session begins next week.

Two of Hanson’s opponents in this November’s House District 80 race took to Twitter following Wednesday’s announcement, saying the bill was an election year stunt. Democrats Matthew Wilson (an openly gay man) and Bryan Ramos both referenced Hanson’s use of anti-trans language on social media in 2011 and 2013.

‘Your intent to commit a crime matters’

Standing directly behind Hanson was a key Republican figure who would likely play a vital role in the chances of the bill’s passage: state Rep. Wendell Willard (R-Sandy Springs), chair of the powerful House Judiciary Committee, the committee where the bill would likely end up going through. GBI Director Vernon Keenan and LaGrange Police Chief Louis Dekmar, president of the International Association of Police Chiefs, were also in attendance signaling the backing of law enforcement.

Jeff Graham, executive director of Georgia Equality, stood with Hanson and other supporters of the bill as part of a coalition led by the Anti-Defamation League. He talked about the significance of the bill having Republican support, noting that a hate crimes bill has been introduced every session since 2004, but was always introduced by Democrats and got no traction, except for in 2008 when a study committee was created in the Senate.

“It really speaks to the fact that this is a body that is dominated overwhelmingly by Republicans, and for legislation to have a serious chance of movement to pass, you have to have Republican support,” Graham told Georgia Voice.

Violence against LGBT people was mentioned frequently during the press conference, with Fulton County Deputy District Attorney Fani Willis singling out three cases prosecuted in the county — all three having to do with a crime committed based on the victims’ actual or perceived sexual orientation. Willis noted the 2002 incident when Morehouse student Aaron Price beat fellow student Gregory Love with a baseball bat because he thought Love was gay; the 2012 beating of Brandon White in south Atlanta; and the 2016 incident where a man poured boiling water over Marquez Tolbert and Anthony Gooden. Willis also noted Tolbert was in attendance at the press conference.

“Georgia needs to move forward and join the other 45 states and let the world know we will not stand for citizens being victimized,” Willis said. “We cannot be blind to the intentions of why violent crimes are perpetrated. Your intent to commit a crime matters, and we are here today to say Gregory Love, Brandon White, Anthony Gooden and Marquez Tolbert: you matter, and all future victims will matter.”