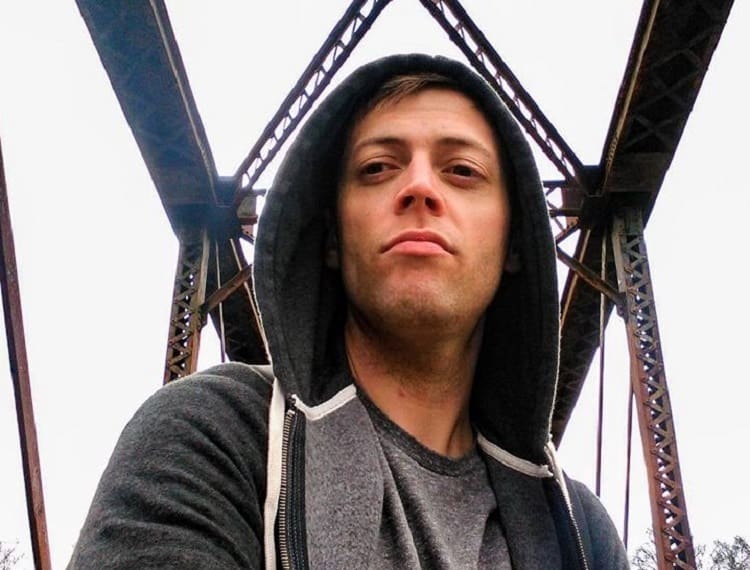 One Wednesday this past September, Andrew David Smith asked his best friend Tyler Morgan if he could borrow $30.00. Morgan told him he didn’t have the money, drove him around, and dropped him off at Smith’s grandmother’s house where he lived.

“He gave me the longest hug ever,” Morgan said, “I should have known what he was going to do.”

Smith then received a phone call that his grandmother answered. When the caller wanted to speak with Smith, he spoke calmly. That was his last phone call.

“His grandmother said she saw him walk by a window through the yard,” Morgan said, “and that was the last time she saw him.”

Six days later Andrew was found. He took his own life. He was 32 years old.

Smith was born January 18, 1984 to David Smith and the late Dana Thomas Jensen. He was a visual artist who loved to create music and spend time with his close group of friends.

“Andrew had a natural talent at creating. He could’ve been a great musician,” Morgan said, “I used to have a CD of all of his music which included some hilarious phone calls he had with his grandmother.”

Smith, who was diagnosed with bipolar disorder, was also openly gay and knew at a very young age. All of his friends were drawn to his magnetic personality.

“Andrew was a person that ignited a room,” said Adrienne Alexander Thiesing. “We became friends when we were teenagers; we both felt quirky in Rome and dared to be different. He put a lot of thought into all that he did and was incredibly talented.”

“He wore a shirt that said ‘I Like Boys’ during his first day of middle school,” Morgan said laughing. “He even had a straight phase for a second. It was like, ‘You’re gay, dude. It’s okay. We all love you.’”

Living in a small, conservative town like Rome, Georgia and getting bullied throughout his life for his sexuality made him feel rejected and unwanted according to many of his friends.

“Andrew Smith was one of the most nonjudgmental people I’ve ever met in my life,” Thiesing said. “Unfortunately, he did not always feel acceptance in return. Those who judged and ridiculed him not only deeply hurt him; they greatly impacted his confidence and happiness.”

Something in Andrew’s personality took a dark turn this year. Friends say he was self-medicating with drugs, and his suicidal symptoms peaked.

“As the years went by, Andrew’s pain and sadness eventually turned into depression and his mental state began to slip,” Thiesing said. “He sought treatment countless times and reached out in times of need but the waves kept knocking him down.”

After a serious suicide attempt landed him at Erlanger Hospital in Chattanooga, his friends hoped for a change.

“I thought he would get some real help,” Morgan said, “but the mental health laws are so lax, he left the hospital pretty quickly even though he needed to stay there.”

According to John R. Ballew, a licensed professional counselor in Atlanta, Andrew Smith’s case is certainly not uncommon.

“Depression and anxiety strike LGBT people much more frequently than the general population,” he said. “That is thought to reflect the stress and intolerance many LGBT people experience.”

That intolerance was a part of Smith’s life as he wrote in a Facebook post seven months before taking his life.

“Just left an AA meeting after being discriminated against … I thought of all places, they would be open minded and accepting,” he wrote. People in his AA group made homophobic comments about Smith and his then-partner, as Smith explained in ensuing comments under the post.

Although Smith got some counseling, it could have been harder for him to latch on to breakthroughs due to his sexual orientation.

“For some people, there is still a stigma attached to seeking psychotherapy,” Ballew said. “That prolongs people’s suffering and can be life-threatening for some. Depression and anxiety are common in our society—particularly among LGBT people who may feel isolated or rejected.”

Even with the bipolar diagnosis, Smith was more susceptible to suicide that his straight peers.

“Suicidality is a serious issue in the LGBT community; it is the second leading cause of death among young people 10 to 24 years of age.” Ballew said, “LGBT youth are thought to be four to six times more likely to experience self-injury than their straight peers.”

“Feelings of guilt and grief are common among survivors,” he said. “Talking with others who have been there can help. So can talking with a mental health professional.”

Suicide is one of the top 10 leading causes of death in the United States. If you or anyone you know are experiencing suicidal feelings, a good resource is the Georgia Crisis and Access Line: 1-800-715-4225. For LGBT young people The Trevor Project can help: 1-866-488-7386.