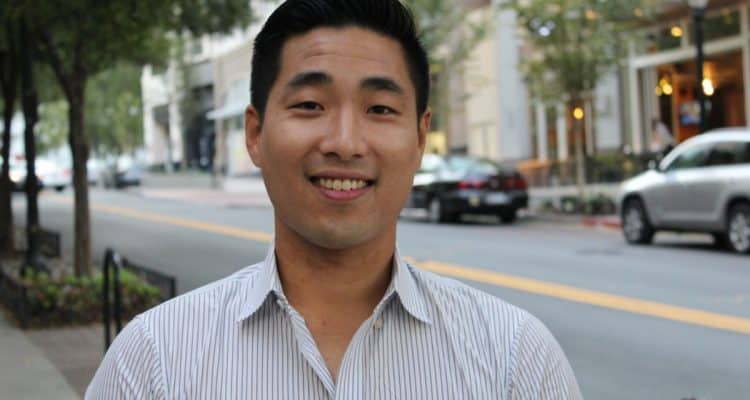 A night of political upheaval across the country didn’t leave out Gwinnett County on Tuesday as 31-year-old political newcomer Sam Park upset well-funded three-term incumbent Republican state Rep. Valerie Clark in House District 101. With the win, Park does what over a dozen candidates have failed to do and becomes the first openly gay man elected to the Georgia Legislature.

Park’s win is even more surprising considering how much money his opponent had behind her, with Clark raising roughly $130,000 to Park’s roughly $50,000 as of the final campaign disclosure reports at the end of October. Park, who is Korean-American, will begin his term in January.

Georgia Equality Executive Director Jeff Graham issued a statement following Park’s win, saying, “The election of an openly gay man to the Georgia General Assembly represents just one more step on the road to full equality for LGBT people in Georgia. Sam Park will join a growing number of elected officials who will fight for the rights of LGBT people as we push for full state-wide nondiscrimination laws in the coming legislative session. Not only is the election of Sam important for the LGBT and Asian-American communities, it is also an acknowledgement that Georgia voters are rejecting the politics of discrimination.” Graham was referring to Clark’s vote in favor of the anti-LGBT so-called “religious freedom” bill HB757 that passed both chambers of the Legislature earlier this year but was vetoed by Gov. Nathan Deal.

In an interview with the Georgia Voice last week, Park acknowledged the difficulty of unseating an incumbent, but said his run was prompted, not by the desire to write his name in the history books, but because of his mother. In 2014 his mother was diagnosed with Stage IV cancer and given six months to live. Through Medicare and Medicaid she explored treatment options, and is working towards being in full remission. Because of his mother’s experience, Medicaid expansion is his top issue.

“Knowing that there were 500,000 people without that same insurance… knowing that they don’t have the same access to healthcare, something that was saving her life, broke my heart,” he said.

Park’s website speaks more about his faith than it does about his sexuality, and while that is a common tactic for LGBT candidates in the South, Park said his faith is one of the strongest components of his life.

“I was born in Georgia, and raised Baptist, so I come from a very conservative background. Discovering and learning about yourself as a teenager, and as an adult, I discovered, yeah, I’m gay, and there’s no real control over that,” he said. “Discovering who I was in relation to my faith, yeah, there was a tremendous amount of conflict there.”

That conflict caused Park to leave his Baptist faith behind.

“When I was 18 I turned my back on faith because I could not be truthful about who I am and my faith,” he said. “Through difficulties, and loss of love ones, I felt who do I turn to? So, I came back to my faith, and that faith proved to be an enduring foundation.”

Park believes that because of his faith he can advocate for LGBT issues in a unique, and potentially effective way.

“I am of the opinion that (some parts of) Christianity has been turned, and distorted into hate… so for me it’s very unfortunate that the people who share my faith are people who are leading the charge against the GLBT community, and in my experience, that’s not based on faith. It’s based on fear and hate,” he said. “I think ultimately that is why we have bridge that gap.”

Sidenote: Former state Rep. Rashad Taylor was outed while in office in 2011 and did not win reelection the next year following redistricting.