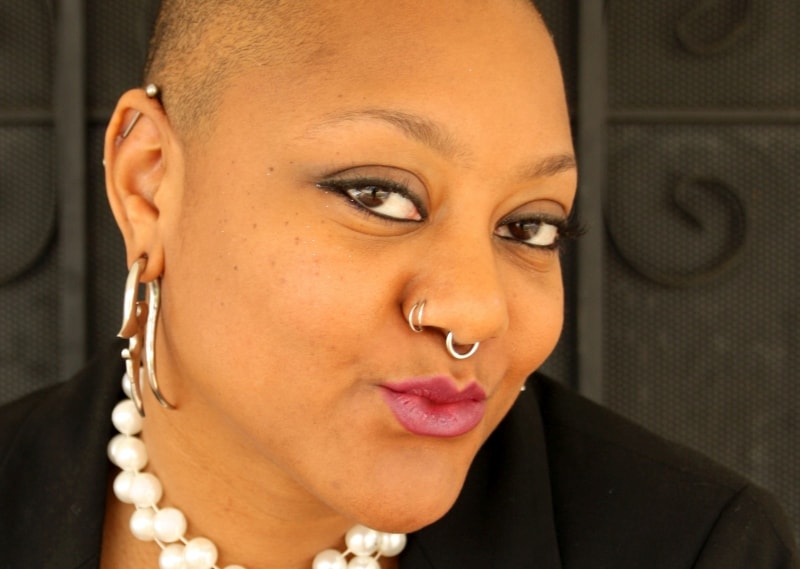 For many, this year’s election is not filled with any form of pleasure. In a time of social media and 24-hour news cycles, the campaign season has devolved into a he said, she said cacophony of bitterness, anger, frustration and incredulousness.

The styles and histories of the two candidates, however, unmask their pleasure principles, said Marla Renee Stewart, co-founder of the Sex Down South Conference that embraces the season with “The Politics of Pleasure” theme.

“People not only voted for President Obama for his politics. They voted for him because he was pleasurable … we would see him happy and interacting with people,” Stewart said. “When we have that happiness, it affects our ideals.”

Donald Trump’s brash, no-nonsense way of expressing himself, of not holding back and saying what he thinks without fear of retribution, is another form of pleasure, Stewart said.

“He’s being upfront and blunt, even though some state he is racist. He expresses himself freely. That’s important,” she said. “Whoever we are, we want to express ourselves freely.”

With Hillary Clinton, whose entire career has been in public service, the pleasure comes from a different place.

State Rep. Park Cannon (D-Atlanta), a self-identified queer legislator, will also be welcoming conference attendees via video and to discuss how the personal is political. National, state and local politics and policies are not on the agenda at the three-day conference, however. Stewart expects to draw 400 people this year.

“What I learned from last year is that we have some hardcore sexuality enthusiasts,” said Stewart, owner of Velvet Lips and a professional sex, intimacy and relationship coach educator.

Last year’s inaugural conference tended to provide many 101 classes – but attendees are more of a 201 crowd.

“They’ve learned the basics already and now they want more. I feel very fortunate we are able to provide this for them,” Stewart said.

The conference also focuses on marginalized communities – people of color, people with disabilities, transgender and gender nonconforming individuals. Stewart and business partner and co-founder, Tia Marie, wanted to ensure their conference provided resources for people who may be left out of other sex and sexuality conferences.

“We want to ensure that anybody who is marginalized is in the center of inquiry,” Stewart said.

What also sets the Sex Down South Conference apart from other sexuality conferences is the encouragement of live demonstrations in the workshops.

Tyomi Morgan – Tyomi Morgan is a former model from Chicago who blogs at glamerotica101.com. She writes about sex for Ebony.com and is a contributing writer at Blackdoctor.org and a host on Playboyradio.com. Her opening night keynote will be on “Finding Your Space Within Sexuality.”