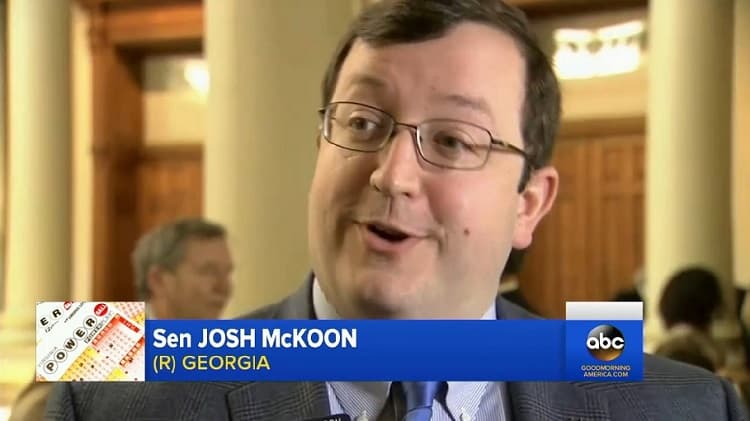 UPDATE 4:08 p.m.: Sen. McKoon tweeted out that he is removing the language about a fee for anonymity.

I am revising SB 179 to simply allow lottery winners to claim their prize anonymously. No fee will be required. #gapol #gasen

“Good Morning America” viewers caught a familiar face on this morning’s show in the form of state Sen. Josh McKoon (R-Columbus). And no, it wasn’t about his so-called “religious freedom” bill, it was about his proposal to offer anonymity to Georgia lottery winners in exchange for a 25 percent cut of the total haul.

GMA showed a clip of McKoon talking about the bill, then later had a segment where Robin Roberts and Michael Strahan interviewed “Shark Tank” co-hosts Barbara Corcoran and Kevin O’Leary. When Roberts asked the pair about the proposal, O’Leary called it “a very bad idea” and Corcoran went even further, saying, “That guy’s a cheapskate. He oughta be in jail for even suggesting it.”

Corcoran also joked that she would just get a facelift, change her haircut and move a few blocks away to remain anonymous. We’ve reached out to McKoon to see if he has any reaction to the exchange.

Here’s the clip below. And good luck tonight, everyone! And by “everyone” of course I’m referring to me. Good luck to me.