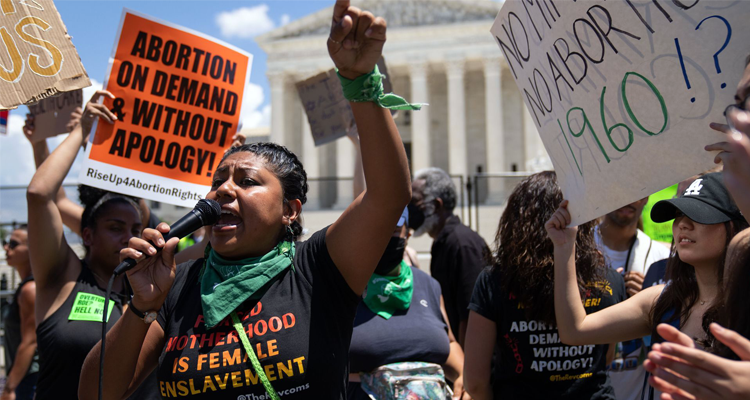 Abortion is no longer a constitutional right in the United States, but organizations across the country are taking states to court to try to protect the individual’s right to reproductive care. Here in Georgia, lawyers are currently fighting the restrictive six-week abortion ban that went into effect on June 20.

The law prohibits women from receiving abortions after a fetal heartbeat is detected, as early as six weeks into the pregnancy. It offers exceptions for life-threatening pregnancies, rape, and incest, but only if a police report has been filed.

Initially blocked for its direct infringement on the constitutional right to abortion, the law had been on legislative hold for more than two years.

In an attempt to block the law, SisterSong Women of Color Reproductive Justice Collective and the American Civil Liberties Union have taken the state of Georgia to court, arguing that the bill is in direct violation of the right to privacy protected under the Georgia Constitution and that the bill is “void ab initio” as it was unconstitutional at the time of its passing. The hope is to receive a preliminary injunction or temporary restraining order on the enforcement of the ban.

Judge Robert McBurney heard arguments from both sides on August 8, but did not issue a decision at that time.

In a post-hearing press conference, attorney Julia Stone voiced frustration at the process of receiving one of the two blocks on the ban, stating that the state’s defense was allowing harm that results from the law to “continue and compound” for however long the litigation will take. Stone also stated that the state’s defense was downplaying the consequences of the ban that Georgians are actively facing.

“That can’t stand,” Stone said. “Georgia has protections for people in Georgia.”

Ultimately, SisterSong and the ACLU hope that the court will rule that the ban is unconstitutional under Georgia law, preventing it from being enforced at all.

Attorney Stone and Susan Lambiase, a civil rights attorney with the Planned Parenthood Federation, also criticized how the ban had been put into effect and alleged that abortion providers were not notified. Lambiase stated in the post-hearing press conference that abortion providers had to cancel appointments for many patients with no prior warning, leaving those further along than six weeks in their pregnancy with no options in Georgia.

“People in the waiting room that day, waiting for an abortion, were in a panic,” Lambiase said. “They either have to forcibly remain pregnant or find a way to travel to a state with fewer restrictions.” Lambiase cited the various financial barriers that come with that option, such as plane and hotel costs, taking time off work, and finding child care for those who have children at home.

It is difficult at this point in the case to predict when a decision will be reached, but Stone said that she hopes it will be soon.

If you are interested in watching the hearings, they are available to the public on Judge Robert McBurney’s YouTube channel.