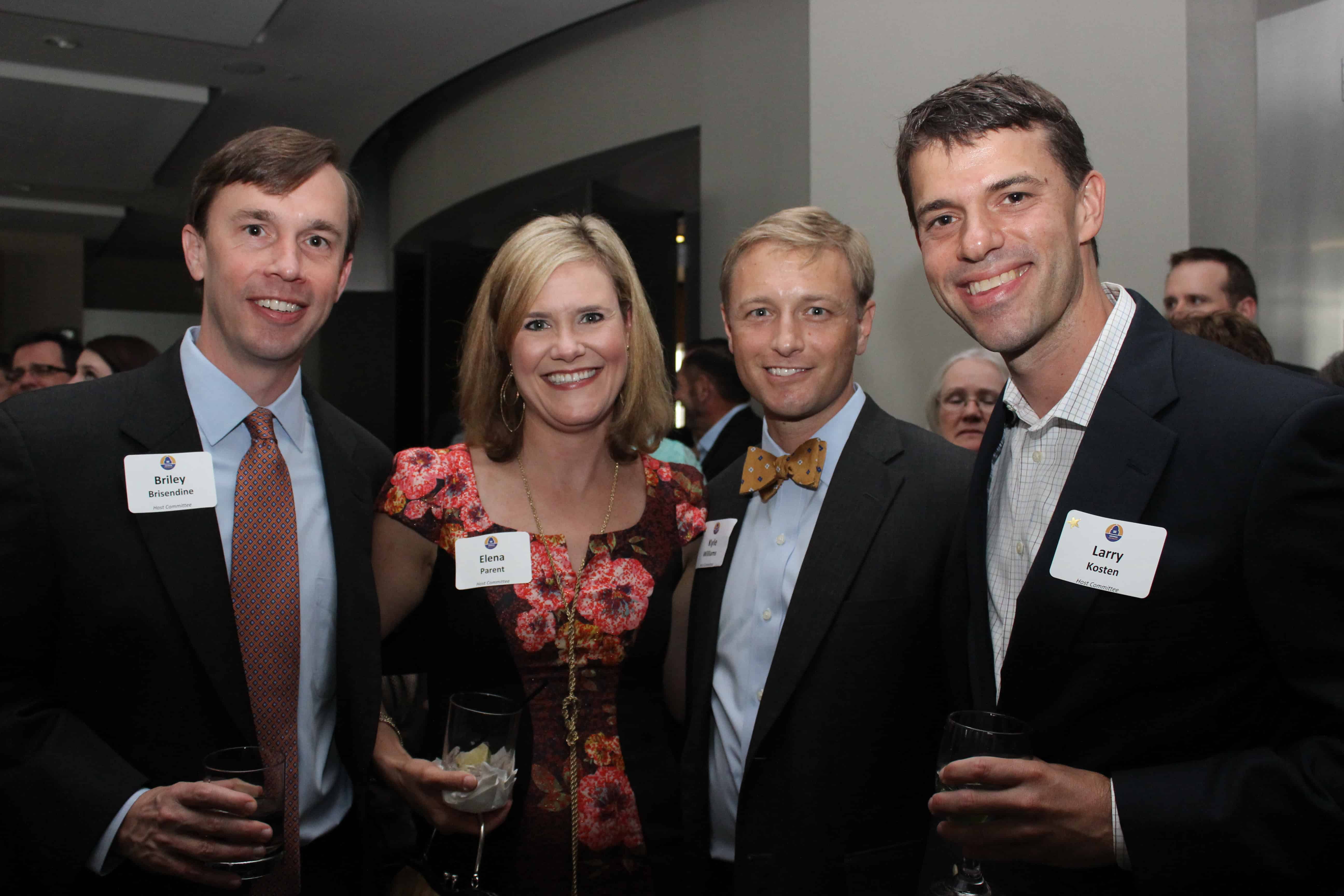 More than 300 people packed the TWELVE Hotel in Atlanta Station on June 21 to celebrate Georgia Equality’s 10th annual Evening for Equality and raised $15,000 that evening to add to the funding raised from ticket sales and a total $74,000 overall.

Politicos, activists and community leaders rubbed elbows during the VIP reception before the dinner. Gay attorney Kyle Williams and Elena Parent, who battled ferociously and bitterly for the state Senate District 42 seat, were seen talking amicably to each other along with their partners. Parent, who won the seat and will take office in January, was also a host committee member for the event along with her husband, Briley Brisendine. Williams and his partner, Larry Kosten, also were host committee members.

Georgia Equality honored those who have and continue to make special contributions to the LGBT communities. Receiving the Champion for Equality Award was the Metro Atlanta Chamber. During the past legislative session, Republican lawmakers tried to pass an anti-gay “religious liberty” bill that would allow businesses to discriminate against customers based on sexual orientation and gender identity. Georgia Equality was able to get many LGBT people to fill a committee hearing to show their opposition to the bill but it was also a letter from the Metro Atlanta Chamber, which represents many of Atlanta’s well-known corporations such as Coca-Cola, to legislators asking them to not vote on the bill that helped kill it in the last hours of the session.

Grady Health System received the Guiding Star Award for its longstanding work with HIV/AIDS patients through its Infectious Disease Program. The Phillip Rush Community Builder Award went to Augusta Pride and Kevin Clark of Savannah received the Allen Thornell Political Advancement Award for his work in bringing LGBT equality to his city.

Also receiving an honor for her 10 years of working with Georgia Equality was co-director Melinda Morgan.