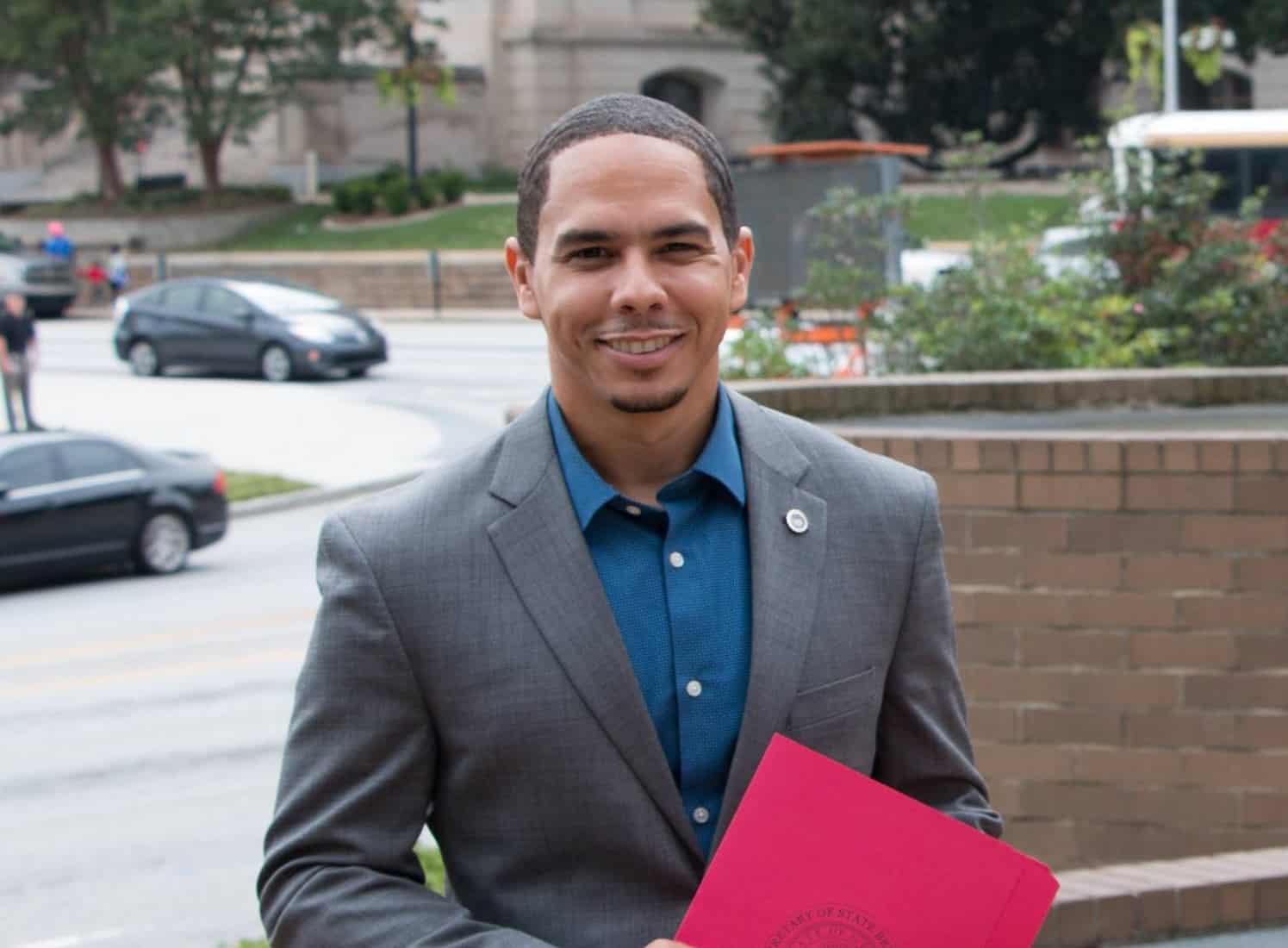 A Democratic candidate in a competitive state Senate race has expressed a series of anti-LGBT and misogynistic views per social media posts unearthed this week. Dr. Jaha Howard, a pediatric dentist in Vinings running for state Senate District 6, said that he believes that “women should only teach other women” and wonders if there is a “a homosexual agenda in public education” and if the Girl Scouts “are being used to push a [sic] pro-abortion and pro-homosexuality positions.” The discovery of the posts led to Howard’s campaign manager resigning and a queer state representative to refute claims of an endorsement.

The following is a series of anti-LGBT posts Howard has made. 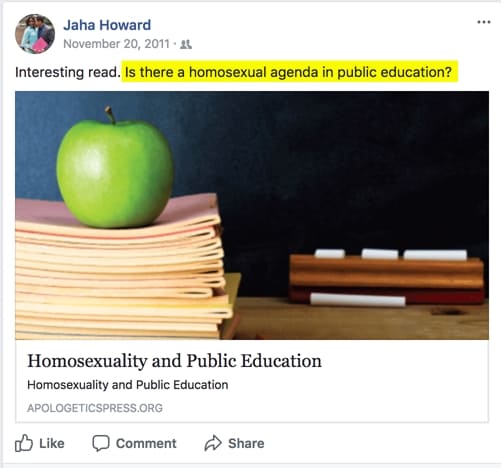 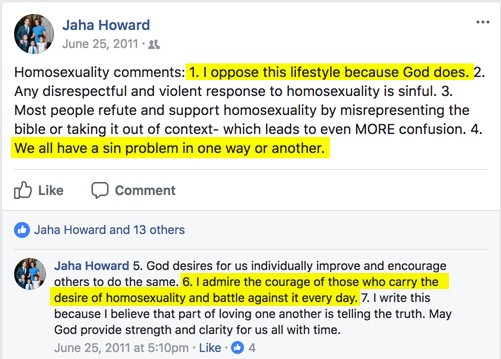 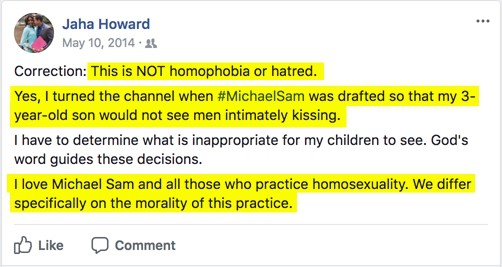 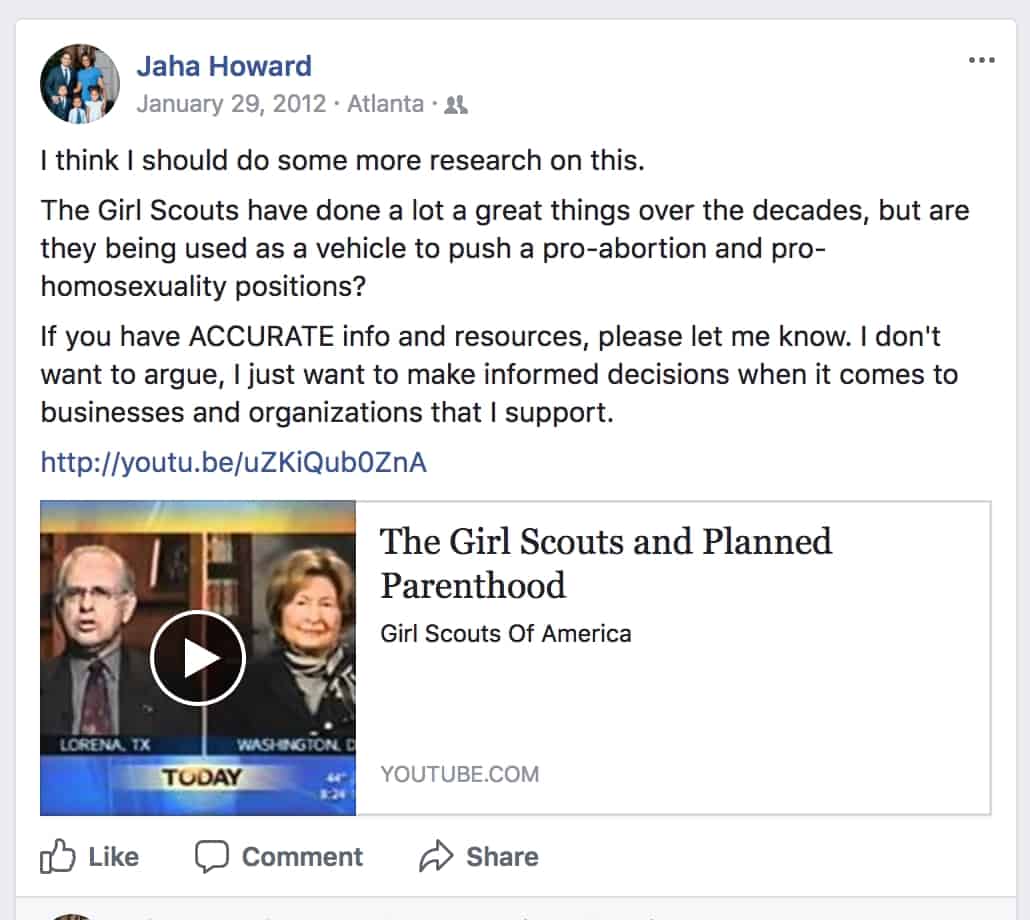 Here Howard targets both women in the ministry and the LGBT community.

Here again on women in the ministry.

Justin Holsomback, who came on as Howard’s campaign manager in June, confirmed with Georgia Voice that he resigned in reaction to the posts.

“Before I interviewed for the position, I knew that Dr. Howard had a reputation as a moderate,” he said. “It has come to my attention that that is not the case and I could not continue on his campaign.”

Howard sent an email to supporters on Tuesday morning touting the endorsements of 12 members of the state Legislature, including queer state Rep. Park Cannon (D-Atlanta).

A few hours later, another email went out with a revised list with Cannon’s name notably sent.

And Cannon posted this on her Facebook page the following day:

There are 28 days until the November 7th Election. #Vote
It has come to my attention that my name has erroneously been added to an endorsement list.
Let me be clear that if I endorse someone, you will see it on my page FIRST.
If I believe in someone, I will be their most vocal cheerleader.
If I can clarify an endorsement for you, please contact me directly.

Howard was the Democratic candidate for the Senate District 6 seat in a race against Republican incumbent state Sen. Hunter Hill last year and lost by 3.8 points. The seat became vacant following Hunter Hill’s resignation to run for Georgia governor.

We’ve reached out to Howard about the posts and will update the story if we get a response.