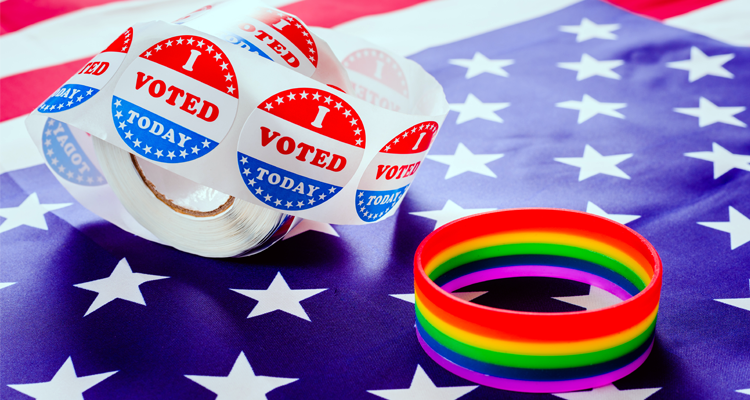 The LGBTQ Voter’s Guide to the 2022 Midterm Elections

With the repeal of access to abortion this past summer, restriction of gender-affirming care and marriage equality, book bans and restrictions of queer-inclusive education, and the enactment of laws harmful to trans youth, queer Americans are progressively losing their civil liberties across the South. With early voting already underway and Election Day rapidly approaching, we’ve got everything you need to know before you hit the polls.

Who’s on the ballot?

Georgia Equality and GLAAD released the abortion and queer equality records of federal and state candidates that voters can reference to research each candidate before voting. You can find these records on GLAAD’s website, glaad.org.

Her website endorses expansion of Medicaid funding to support Georgians living with HIV/AIDS, implementation of a “Statewide Strategy with a Defined Timeline to Indefinitely Reduce the Spread of AIDS in Georgia,” and the repeal of Brian Kemp’s six-week abortion ban. Abrams plans to expand health care funding to “support safe pregnancies, invest in maternal health care, fund rural hospitals and recruit and retain physicians statewide — especially in underserved areas and the 82 counties that have no OB-GYN.” Stacey Abrams is a definitive champion for queer Georgians.

Incumbent Sen. Raphael Warnock is running against Herschel Walker. Warnock supports the passage of the Equality Act, federal protections for trans women of color, and increased funding for HIV/AIDS prevention awareness and access to PrEP. During a Facebook Live with Georgia Equality, he was quoted as saying, “Whether it is by expanding Medicaid coverage in Georgia, passing the Equality Act, promoting better data collection around hate crimes, or securing the sacred right to vote, there is still much work to be done to ensure that our country lives up to our ideals of equality.”

Bee Nguyen (D) is running against incumbent Brad Raffensperger (R). Nguyen opposes Raffensperger’s extreme position on the abortion ban and vows to protect all Georgians. In her words, “As a lawmaker, I’ve sponsored long overdue legislation to codify protections against workplace discrimination and harassment based on sexual orientation and gender identity. At a time when our civil liberties are under threat, we need a Secretary of State that will stand up for basic human rights and fight for access to the ballot box for all eligible voters.”

Charlie Bailey (D) is running against incumbent Geoff Duncan (R). Bailey’s family maintains a legal legacy of fighting for Georgians since the civil rights movement. Bailey opposes the politicization of trans children’s bodies: “My great uncle’s legacy has always inspired me to use the law for justice, not for discrimination. As Lt. Governor, that’s why I won’t stand for any ‘religious freedom’ laws in Georgia. Or allow our trans kids to be used as a political football. Or put up with anyone who tries to score political points by discriminating against members of the LGBTQ community.”

When are we voting?

Registration is over, but early voting began October 17 and the last day to order an absentee ballot application is October 28. In-person Saturday voting will occur at your county’s early polling locations on October 22 and 29. Sunday voting will occur on October 23 and 30. The last day to vote is the Election Day on November 8. Early voting locations, voter registration status, sample ballots, and more can be found on the Secretary of State’s website, mvp.sos.ga,gov/s.

What’s at stake: the Senate majority and the Equality Act

Although a majority of Americans support increased protection for queer Americans, some Supreme Court justices have hinted at a repeal of the Obergefell v. Hodges decision and queer Americans’ rights to privacy. Back in February, the House of Representatives passed the Equality Act, which is now awaiting action by the Senate. This bill is critical in the expansion of discrimination protections for LGBTQ Americans. If passed by a progressive Senate majority, the bill will prohibit discrimination based on “sex, sexual orientation, and gender identity in areas including public accommodations and facilities, education, federal funding, employment, housing, credit, and the jury system.” The bill would also expand public accommodations in restrooms, retail providers, health care providers, transportation services and gyms. Currently, LGBTQ Americans lack discrimination protections in 29 states, including a vast majority of the Southern states. If codified into law, this would be a historic win for LGBTQ civil liberties.

Specific measures on the ballot

The Georgia General Assembly introduced two constitutional amendments requiring the confirmation of Georgia voters, as well as two measures to expand tax exemptions as required by the state constitution.

Amendment 1, Salaries of Public Officials (including Assembly members): Suspension of pay for certain public officials if they are suspended from office due to indictment for a felony. Note: the annual pay of some officials totals over $150,000.

Amendment 2, Taxes: Authorize local governments to grant temporary tax relief to certain properties that were damaged or destroyed due to a disaster.

VOTE YES to support local governments’ allocation of temporary tax relief to certain properties that were damaged or destroyed.

VOTE NO to oppose local governments’ allocation of temporary tax relief to certain properties that were damaged or destroyed.

VOTE NO to oppose tax exemption of timber.

Referendum B, Taxes & Agriculture: Expands a property tax exemption to include merged family farms and dairy products and eggs.

An additional measure was introduced this fall for the Extension of Hours for the Sale of Packaged Alcoholic Beverages on Sundays.

VOTE YES to authorize the City of Atlanta to permit and regulate Sunday sales of alcohol.

VOTE NO to oppose the City of Atlanta’s authority to regulate Sunday alcohol.

View the 1,145 books banned across 86 school districts in the past year; list compiled by Pen America