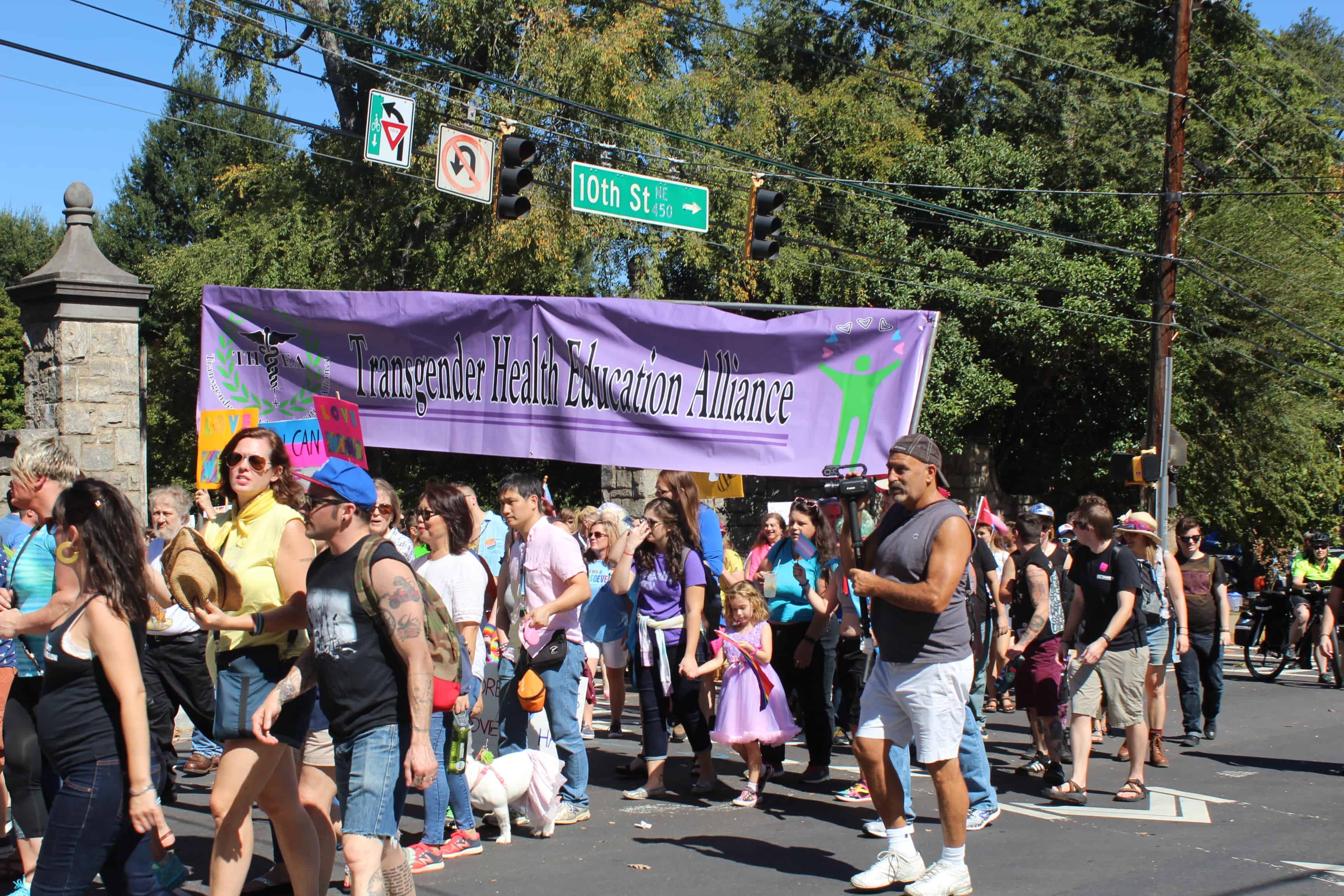 By 2008, Lisa Raman had reached the sobering conclusion that she might soon have to bury her child. Increasingly withdrawn and sad, her child had seemingly sank into a depression that was leading down an ever darker path. Finally, a long-needed heart-to-heart revealed the cause of her child’s depression: Her daughter felt more like her son.

“I was so relieved – I thought it was something that we couldn’t fix,” said Raman, who responded by researching conferences and communities where she could find support for her transgender son.

That journey led her to the Southern Comfort meeting and eventually, to found her own conference focusing on transgender health. Raman is co-founder and director of health and family programs for the Transgender Health & Education Alliance, which will host its annual Peach State Conference from Nov. 3-6 in Atlanta.

Diverse schedule of panels and speakers lined up

Now in its second year, the conference is expected to draw roughly 200 transgender persons, health providers and allies for panels discussing everything from spirituality to workplace issues, all with a focus on promoting physical and mental health in the transgender community.

The conference marks one of the higher profile events for this group, which has a mission of improving the life experiences of transgender persons in the medical, education, community and church arenas. The group recently earned its 501(c)3 status and, working with a team of just 30 or so people, hosts a variety of events aimed at affirming transgender men and women.

“Our goals are to utilize all four of those different avenues to increase awareness of gender diversity,” she said. “To provide education, access to health care and to improve quality of life for transgender people.”

They’ll tackle that goal this year with a diverse schedule of panels and speakers. Discussions like “Safer Sex for Trans Bodies: A Community Resource,” and “Having Difficult Conversations,” cover some of the social challenges of living transgender, while panels on reinventing your career are meant to empower transmen and women to consider starting businesses or otherwise taking control of their work life.

Breakout groups will target people of color, spiritual leaders and partners of transgender persons, which includes Raman herself.

But most prominent are the health panels. These are more than simple round tables, Raman said: Panels on topics like gender confirmation surgery and beginning hormone therapy will be led by medical professionals able to answer direct questions and even consider taking on new patients.

That’s major in a world where, despite the glut of information online, Raman said there is still a lot of misinformation and mythology surrounding the transgender community.

Raman believes that community sets the stage for successful, well-adjusted transpersons. She should know.

Raman said she feared she would lose her transgender son to suicide before she learned his truth.

“He was so sad and so alone, I thought he was going to take his own life or someone else would take it,” said Raman, who responded to her son coming out by finding him a therapist and setting him up for his first round of hormone injections.

“At that point knowledge was power,” said Raman, who also looked up the Southern Comfort Conference, one of the oldest transgender-specific conferences in the nation. The conference filled a need, yet Raman worried there wasn’t enough emphasis on families dealing with transgender children.

“Children are coming out to their families at a much younger age … I knew there was a niche,” said Raman, who partnered with friends to pursue the idea when Southern Comfort relocated to Florida last year.

They started with a family program that grew to picnics and town hall sessions designed as much to build the trans community as to take its pulse. She estimated they help roughly 500 people a year with their efforts.

Those include people like Renee Yawn. Before she discovered the Peach State Conference, “I had pretty much accepted my son [is] transgender – I just felt like I was probably the only one who had a transgender child,” she said. “It was so helpful to get in there and see that there were other people,” the Locust Grove mom said. “It kind of turned my life around.”

She’s since become one of the team of volunteers helping to put on events like Peach State.

In attendance this year will be Raman’s son, now 26 and living and working in Florida. Raman still credits a strong transgender community with planting the seed that saved his life.

“We’ve been able to kind of nurture what was planted,” she said. “We hope to do that with anyone who wants our support.”