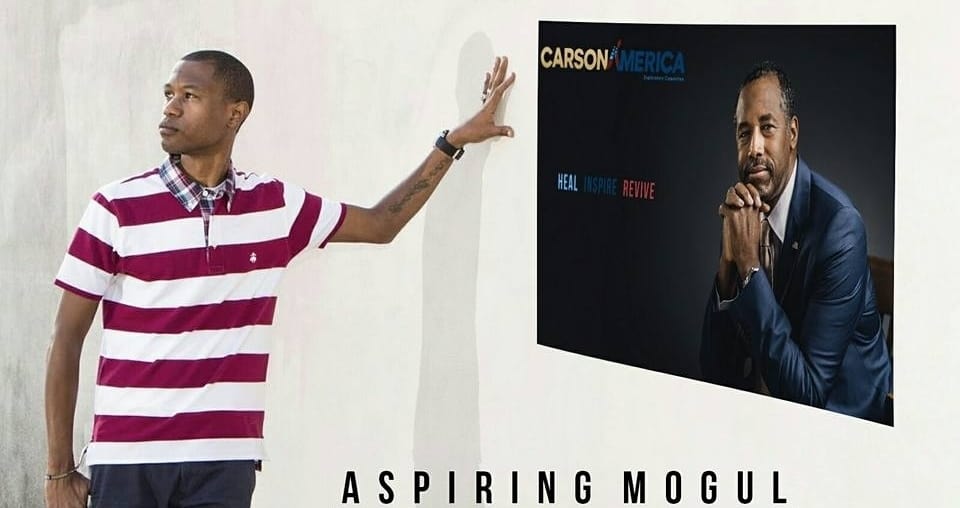 Carson, whose greatest hits have included comparing gay people to pedophiles and saying prison turns people gay, has in the past few days said he believes the pyramids in Egypt were built by Joseph from the Bible as grain storage units, tried to convince people he really did stab someone when he was younger, and was proved wrong by historians when, in an effort to rebut critics of his lack of experience in elected office, claimed that none of the signers of the Declaration of Independence had been elected to office (roughly half of them had). There’s also that pesky Politico story on Carson and a supposed scholarship offer to West Point but it has come under scrutiny.

But perhaps the most…hmm, we’ll go with “questionable”…decision made by Carson in the last week was releasing a 60-second campaign ad to urban radio (including the Atlanta market) to raise his profile among black youth. The ad, called “Freedom,” features snippets of Carson campaign speeches in-between lyrics from a rapper named Aspiring Mogul who hails from right here in Georgia.

Several media outlets report that Aspiring Mogul is also known as Robert Donaldson, a youth minister, the founder and chairman of the Savannah Black Republican Council, a district chairman for the Chatham County GOP and past vice-chair of the Savannah Young Republicans.

The rapper worked with the Carson campaign to create the ad, and a four-minute song will reportedly be released on iTunes later this month. But the candidate appears to be distancing himself from the ad, telling CNN last Thursday that “there are people in the campaign who felt that that was a good way to do things” but that he “probably would have taken a little different approach.”

For his part, Aspiring Mogul remains undeterred by Carson’s comments and tells Vulture that he hopes the song will prove that not all rappers are “sacrilegious Northern Democrats.”