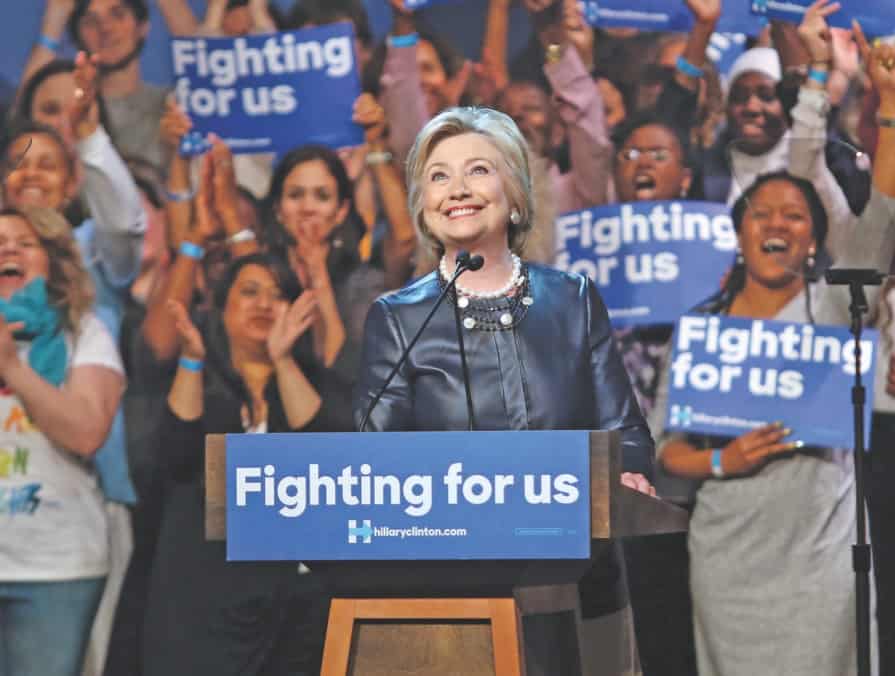 This is why Georgia Voice is with her

After the U.S. Supreme Court ruled last June that marriage equality was the law of the land, there was a sense from those outside of the LGBT community (and perhaps many within it) that the bulk of the mission for our rights was finished.

We as a community knew otherwise, and we prepared for the backlash that eventually arrived six months later in the form of numerous anti-LGBT so-called “religious freedom” bills filed across the country. The state of Georgia even made national and international headlines as the critically dangerous House Bill 757 passed both chambers of the legislature and made it to Gov. Nathan Deal’s desk. Thankfully, Gov. Deal vetoed the legislation, and our community prepared for the next fight.

Then in June, a gunman killed 49 people at the LGBT Orlando nightclub Pulse. Add to that the ongoing presence of “bathroom bills,” lack of employment and housing protections, and the continuous and heartbreaking incidents of violence against transgender women of color and it should be painfully clear to everyone in and outside of the LGBT community—our fight is far from over.

So we need someone who will carry on President Obama’s legacy of coming to the LGBT community’s aid, someone who realizes how much more needs to be done. We need to elect former Secretary of State Hillary Clinton.

You’ve read and heard ours and other publications and news sources lay out all of the stark differences between the two ad nauseam, so we won’t get into that here. You’ve heard all of the things that Donald Trump has said about women, people with disabilities, veterans, and numerous others, but we’re not going to point out all of the obvious problems those views pose here.

But perhaps the most glaring difference between the two is the one that would not only keep us from moving forward, it would actually set us back. Secretary Clinton has said marriage equality would be a priority when choosing a nominee to fill a vacancy on the Supreme Court. Mr. Trump has repeatedly stated that he would appoint someone like the late Justice Antonin Scalia—one of the most anti-LGBT justices in history.

So Mr. Trump would appoint justices that would roll back the LGBT community’s largest victory to date.

At an Atlanta campaign stop in June, Mr. Trump famously said to “ask the gays” who they support for president. Well, we’re answering. Vote Hillary Clinton on Nov. 8.