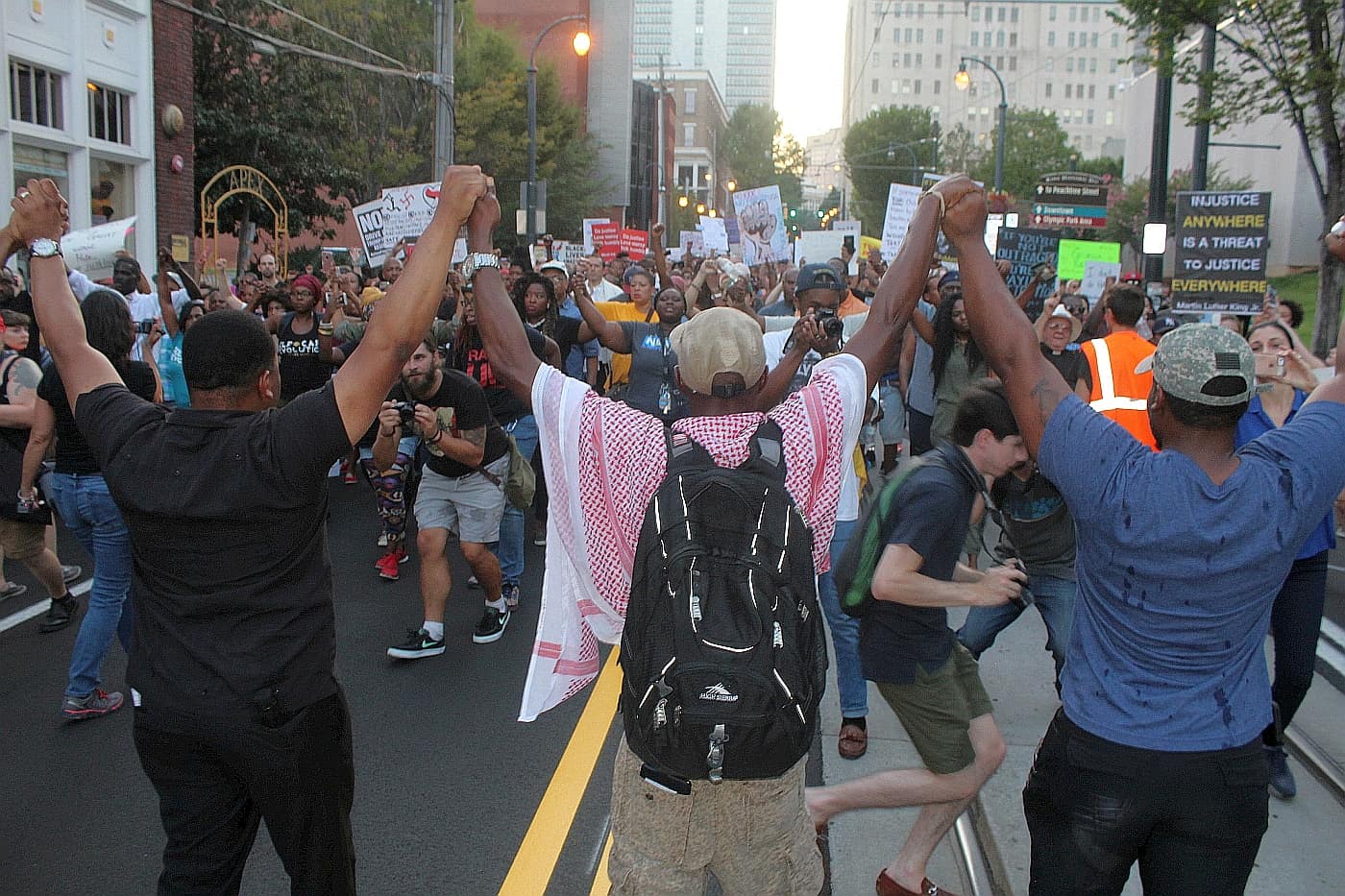 Thousands march against white supremacy in Atlanta in wake of Charlottesville

An estimated 2,000 people took to the streets of Atlanta on Saturday to protest white supremacy, one week after a man linked to such groups drove his car through a group of counter-protesters after the cancellation of a so-called “Unite the Right” rally in Charlottesville, Virginia, killing one and injuring 19.

The march, organized by the Georgia Alliance for Social Justice, included several LGBT groups like Juxtaposed Center for Transformation and ZAMI Nobla. It was preceded by a rally in Centennial Olympic Park, where speakers denounced the violence in Charlottesville and called on Confederate monuments to come down.

“We must call on the City Council to change every Confederate named street in this city. The Confederate memorial in Piedmont Park has to be pulled up by the roots,” said state Sen. Vincent Fort (D-Atlanta), an Atlanta mayoral hopeful who will officially give up his seat this week when qualifying begins in the race. Fort also called for the state to adopt a comprehensive hate crimes law – Georgia is one of only five states without hate crime legislation.

The march then proceeded out of the park and into the streets, the route chosen specifically to go through areas of town significant to the African-American civil rights movement. Along the way, people poured out of businesses and churches onto the sidewalks to watch or join the march, as protest songs past (Marvin Gaye’s “What’s Going On”) and present (Beyoncé’s “Freedom”) blared out of speakers affixed to a vehicle leading the march. Protesters repurposed the lyrics of Atlanta native Ludacris’ song “Move” into an anti-Trump battle cry, shouting “Move Trump, get out the way.” The rapper posted video of the moment on Instagram the following day.

The march, which ended at the tomb of Martin Luther King, Jr., was a nonviolent response to the chaos in Charlottesville, and organizers asked participants not to wear masks or shield their faces in any way. Atlanta police confirmed with Georgia Voice that no arrests were made related to the rally or march.