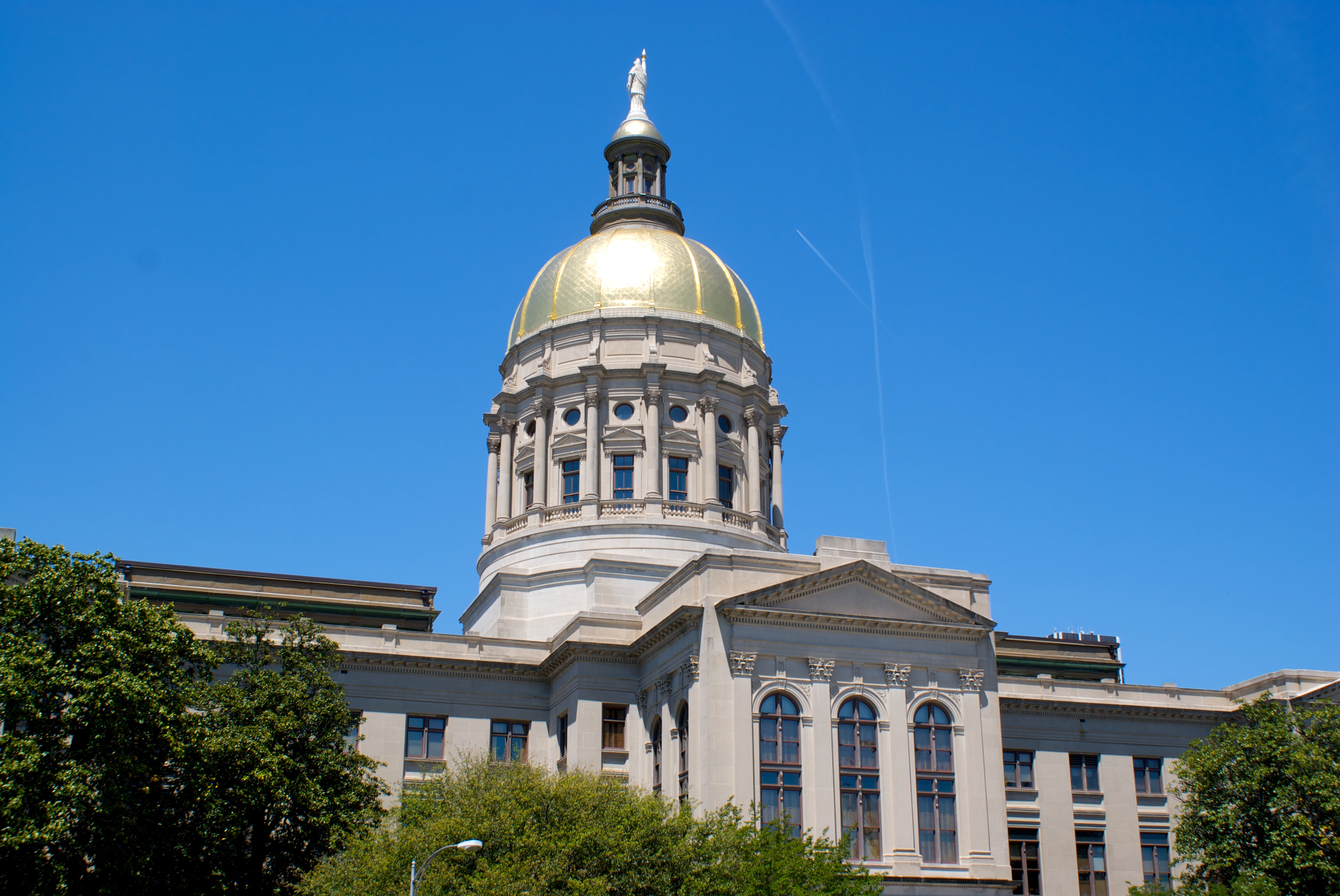 In the second week of January 2001, out lesbian Karla Drenner took office in State House District 85 covering Avondale Estates, becoming the first openly gay member of the Georgia General Assembly. Since then, two more lesbians joined the state legislature — Simone Bell in 2009 and Keisha Waites in 2012.

But no matter how many times they’ve tried, election year after election year, openly gay men have failed to get elected to the Gold Dome. The latest was Kyle Williams, who lost to Elena Parent in the Democratic primary for the Senate District 42 seat in May. Rashad Taylor came out while in office in 2011, but subsequently lost in his 2012 bid for re-election.

Three more openly gay men will try to make history in this November’s general election: Republican Christopher Deraney for House District 78 representing parts of Clayton County; Democrat Bob Gibeling for House District 54 in Buckhead; and Democrat Timothy Swiney for Senate District 9 in Gwinnett. Openly gay lawyer Randy New failed to get the required number of signed petitions in order to get on the ballot for House District 56.

Candidates’ sexuality isn’t coming up on the campaign trail

All three candidates say their sexual orientation has not come up in conversations with voters on the campaign trail.

“Not one time,” Deraney told the GA Voice. “The only people that have mentioned it to me are those that I’m closer to, those that I’ve brought into my circle, community members that I’ve gotten to know. But as far as knocking on doors, no one’s said anything.”

Gibeling, who’s received the endorsements of both Georgia Equality and the Victory Fund, says he’s been asked about his stance on LGBT issues, but not about his sexual orientation in particular.

Swiney, who lost in the race for House District 101 in 2012 and is in a tough fight again this year in a primarily Republican district, says LGBT voters talk to him about it but that overall people are most concerned with issues like taxes and health care.

Political experts think it’s a mix of coincidence and demographics.

“It may have something to do with a specific kind of constituency within a district,” Charles Bullock, political science professor at the University of Georgia, told the GA Voice.

Steve Anthony, a lecturer in the political science department at Georgia State University, concurs, saying it has to do with whether the district is ready for an openly gay representative.

“It’s individual districts and it’s where those districts are that first determines the wisdom, so to speak, of if someone can come out and have a viable chance of winning,” he says.

Georgia Equality Executive Director Jeff Graham says the issue is “extremely complex” and points to a number of different factors why openly gay men always end up on the losing end in elections for the Georgia General Assembly.

The racial and gender composition of the districts and the local support beyond the LGBT community must be considered, he says, but “gay men have been elected to office in city councils in Georgia and many of the successful women candidates have also faced anti-gay rhetoric in their campaigns, so we do know that it’s not as simple as voters rejecting gay men in general.”

Swiney says that the quality of women who have won has just been better.

“I don’t think it’s a matter of gay men not getting the votes, it’s that more qualified women are running,” he says. “The overall problem is recruiting good candidates.”

Gibeling agrees on the quality of the candidates, calling the women “great pioneers in the political arena” and praising them for reaching across a broad spectrum of supporters.

However, Deraney thinks it goes deeper than that.

“I think it comes down to male perceptions, and how masculinity is perceived here in the South,” he says. “But in a district like mine, the issue hasn’t been brought up. I think I have a harder time down here as a Republican than as a gay man.”

State Rep. Karla Drenner points to the losing candidates and not their sexuality, saying they lost because they either ran against unbeatable incumbents or just didn’t run a good campaign.

“All of them have been extremely well funded it seems to me,” she says. “I just don’t think they did enough door-to-door stuff so people can get to know them.”

Candidates who happen to be gay, not just gay candidates

Swiney says he is running as a parent on issues that affect every family. Deraney is a champion of smaller government and what he calls “personal liberty.” Gibeling touts his business experience and faith-based background.

Bullock says Swiney and Deraney will have a rough road trying to come out on top come Election Day, and that Gibeling has a better shot in his race in Buckhead.

If it doesn’t happen for any of them and the Gold Dome drought continues, the experts still consider a win by an openly gay man to be an inevitability.

For more information on the candidates and their views, visit christopherjderaney.com, bobgibeling.com, and www.electtimothy.com. Are you registered to vote? Do you know what polling location to go to on Nov. 4? Visit www.mvp.sos.ga.gov to check. Voter registration deadline is Oct 6, early voting begins Oct. 13 and the general election is on Nov. 4.