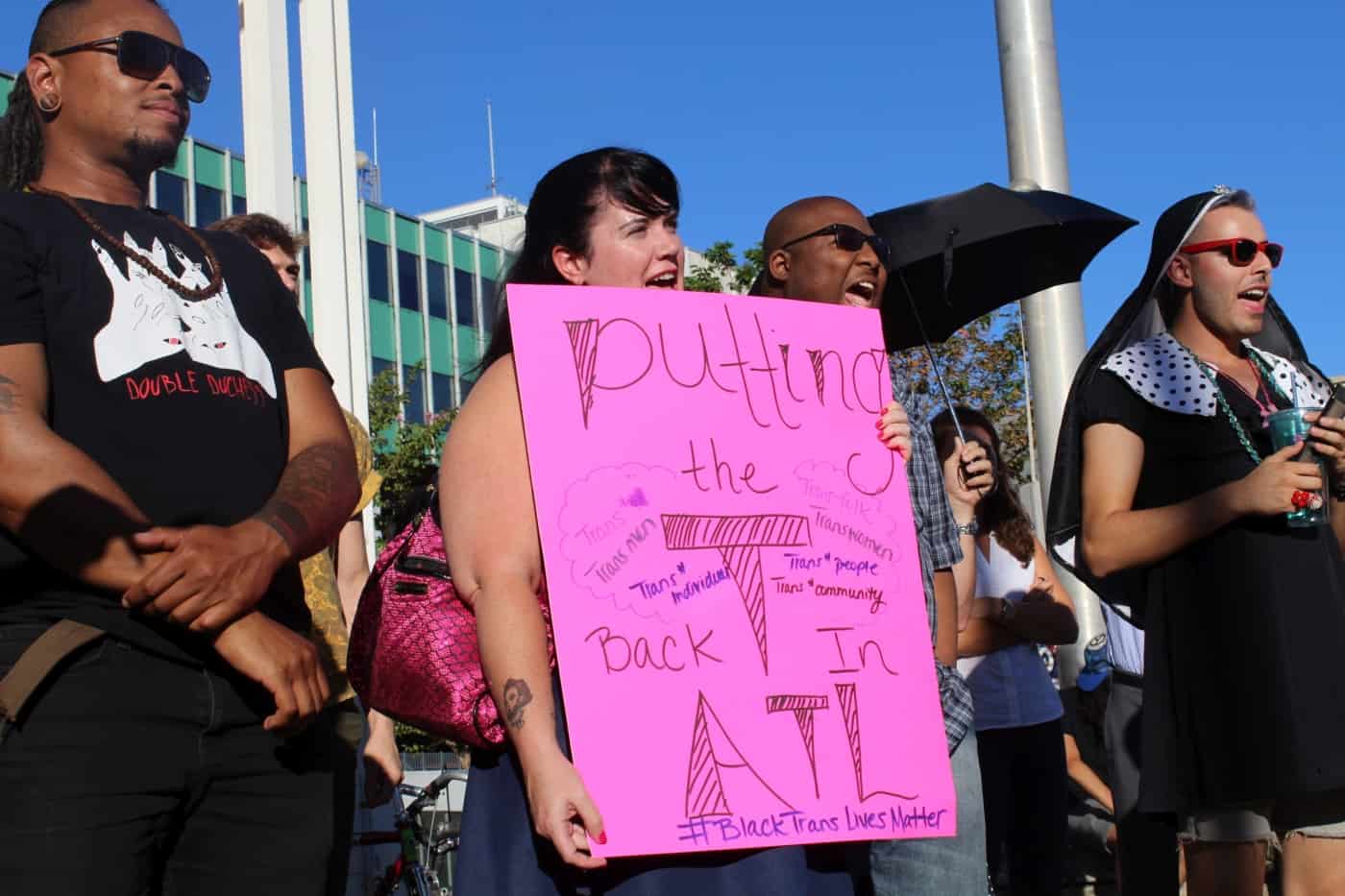 While several high-profile police shootings have dominated the media focus through 2016, in another, dimmer spotlight, a different crisis has been unfolding: that of transgender men and women being killed for little more than expressing their gender identity.

They include artists and nurses, teens and empty nesters, persons of color and otherwise – all united by a form of violence transgender advocates agree is at an all-time high.

It’s more than a passing trend, it’s a social storm, say organizers of this year’s Transgender Day of Remembrance, which will honor the fallen with a vigil and keynote this month. Organizers hope to draw attention to the impact of violence in the transgender community and foster resilience in a political and social climate where it’s needed most.

“We’re living in a state of emergency,” said activist Tracee McDaniel, whose Juxtaposed Center for Transformation has organized Atlanta’s version of the event since 2007. “There is a storm that is happening, and regardless of what’s going on and how our community is being targeted and murdered, we are surviving.”

The “Surviving the Storm” Transgender Day of Remembrance Vigil will be held at Georgia State University, and will feature a keynote from Georgia Equality Executive Director Jeff Graham. There will also be a tribute to Cheryl Courtney-Evans, the pioneering transgender activist who died of cancer last month.

At least 20 transgender men and women have been fatally shot, stabbed or otherwise succumbed to violence in 2016, according to the Human Rights Campaign, which reported 21 – an all-time-high- in 2015.

Victims include hate crime victims as well as those victimized by people they knew.

That the violence is on the rise is clear. But the answers as to why are more elusive.

“It’s hard to say – there’s a lot of phobia and a lot of hatred,” said McDaniel, who added that the divisive rhetoric of the 2016 presidential election aided in bringing a lot of the lingering biases shared by everyday Americans to light.

At the same time, she said there remains a very real issue of domestic violence in the trans community.

Police say such was the case with Quartney Davia Dawsonn-Yochum, 32, shot to death by her ex-boyfriend on a Los Angeles street this past March.

Georgia one of five states without hate crime law

While McDaniel was at a loss for the cause of the violence, she said one key way to make change is clear – anti-hate crime legislation. Georgia remains one of five states without hate crime laws on the books, a status that has shown no signs of change since last year’s vigil.

“We have not made any progress,” said McDaniel who was nonetheless confident change would come. “Hopefully our legislators will begin to focus on making sure that trans people are protected.”

Where legislators fail, it’s up to the rest of the LGBT community to step in and speak up, said Georgia Equality head Jeff Graham. He called the tendency for gays and lesbians to feel separate from transgender issues “misguided.”

Graham called transgender violence a focus issue of Georgia Equality; just over a year ago, the advocacy group hired a transgender community organizer.

Despite the violence, McDaniel sees areas of hope. For one, she said she was encouraged by arrests and an increasing sense of seriousness that the justice system is showing toward perpetrators of anti-trans crimes. She remained hopeful that a new president would continue building the LGBT-friendly bridges of President Barack Obama, and joined Graham in hopes that these things, combined with the high profile of transgender women like Janet Mock and Laverne Cox, are signs that transgender people are gradually entering the mainstream.